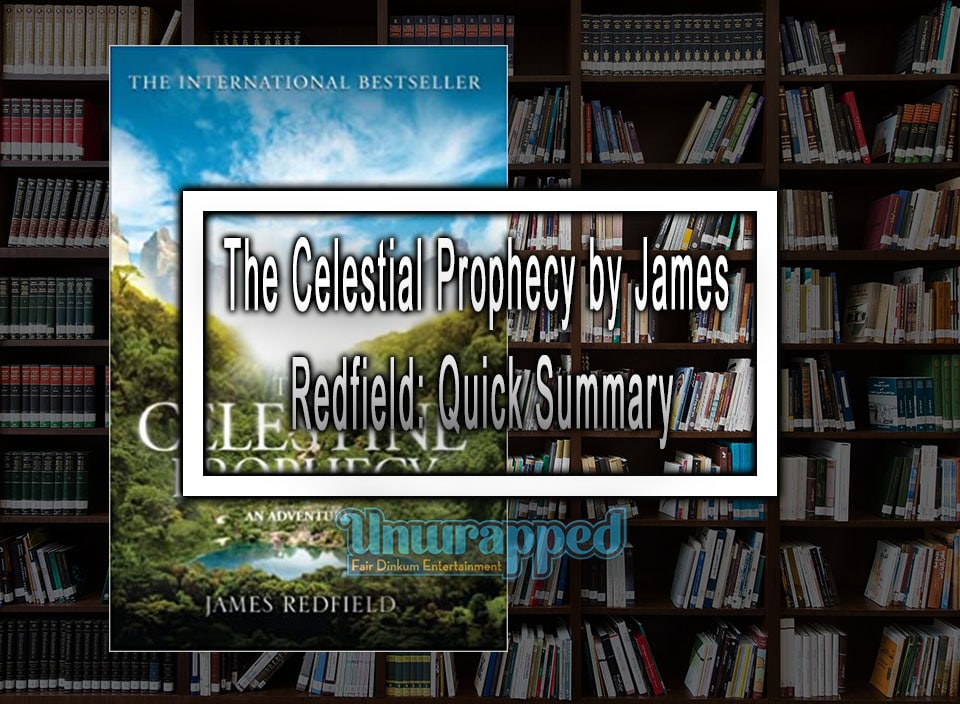 A Quick Review of The Celestial Prophecy

What did I like most? The author beautifully and intelligently weaves the fabric of the story.

The book is a novel written in the year 1993 by James Redfield. The book contains compilations based on philosophical and spiritual concepts. A theme that follows a man searching for these insights in a jungle in Peru tied together these concepts. Based on an amalgamation of eastern and western ideas, the author claims that the end of the century will witness a mass spiritual awakening.

The story opens up with an anonymous narrator and Charlene, who visited Peru on a business trip. Charlene tells the unnamed Narrator that she met a priest in Peru who told her about an ancient manuscript that predicts that a significant change would occur in society.

Synchronicity: On being told about the idea that a greater consciousness connects all humans will become apparent through a series of meaningful coincidences. Finally, the Narrator gets curious to visit Peru and find the manuscripts. During the journey on the plane, the Narrator finds a historian called Dobson, who too is on a mission to know about the manuscript. Dobson claims to have seen the first two insights. He further explains the second insight to the Narrator that the new understanding has a novel perspective. Dobson explains that previously people looked to religion for getting answers to life’s big questions. Since science started questioning spirituality, the man turned to material possessions. Now, because of a spiritual void, man seeks answers to life in unknown places. Finally, the Narrator and Dobson agree to search the manuscript jointly. The Narrator arrives at Dobson’s hotel and hears gunfire, and finds Dobson running away. Meanwhile, Will offers to help Narrator, saying he too is looking for the same manuscript.

Vicente Lodge: At this place, both gentlemen meet a scientist, Sarah, and two other travellers Phil and Marjorie. Sarah tells the duo about the third insight that the subtle energy surrounds all living beings. The Narrator meets another person named Reneau, who shares the fourth insight that humans are always in competition with each other for power. Somehow Narrator and Will arrive at a village. Marjorie was present before the Narrator, and Will came. During a military group attack, the Narrator rescues Marjorie but could not save Will. Marjorie is captured and arrested. The Narrator finally has to hide and save himself. Later on, he meets a priest who tells the Narrator about the fifth insight. According to the fifth insight, any competition for energy is meaningless since there is subtle energy abundant in the world. Humans can easily connect to it by seeking higher consciousness.

To save and protect Father, Sanchez takes the Narrator to another priest Father Carl who shares the sixth insight, which preaches about getting rid of control drama by man. Having come to know about a military attack on his mission, the Narrator chooses to continue on his mission but is arrested by the authorities for having copies of manuscripts. In jail, the Narrator meets a person Pablo who reveals that one needs to use intuition to find the answers one wants to seek. The Narrator finally escapes with Marjorie and realizes she is being held in the same place.

The duo escapes and finds another follower of the manuscript. Now the Narrator meets Julia, who tells the eighth insight about relating to other people to find energy. Finally, the Narrator finds the ninth insight. The ninth insight gives a vision of how society will change during the next 1000 years. People will practice conscious evolution.

The Narrator and Julia steal the ninth manuscript, but the Narrator is arrested and out in jail. While the Narrator was in prison, the manuscripts are destroyed. The Narrator finally returns to America. He propagates the wisdom gained.