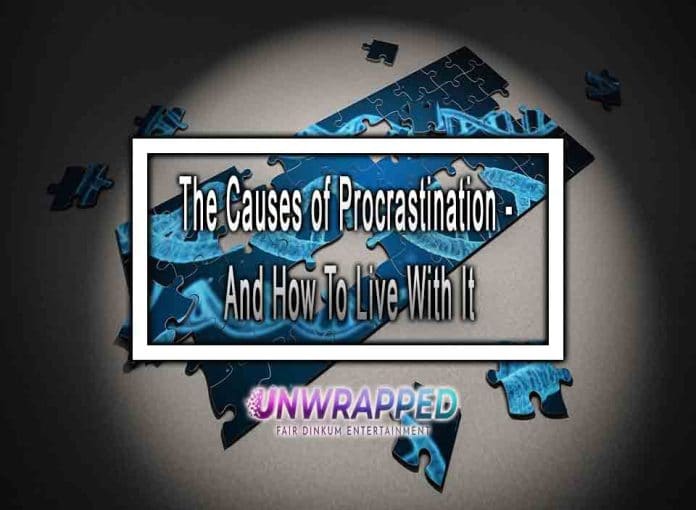 Procrastination did not arise as a result of the Internet, believe it or not. Since ancient civilizations, people have grappled with chronic reluctance. Around 800 B.C., the Greek poet Hesiod warned not to “defer your labour till tomorrow and the day after.” Procrastination was described as “hateful” in the handling of business by the Roman consul Cicero. (He had his gaze fixed on you, Marcus Antonius.) These are only a few examples from documented history. For all we know, the dinosaurs may have seen the meteorite and returned to their game of Angry Pterodactyls.

In the last 20 years, there has been a surge of empirical interest in the strange behaviour of procrastination. With apologies to Hesiod, psychologists today realise that there’s a lot more to it than merely putting something off till tomorrow. True procrastination is a complex failure of self-regulation: specialists define it as the intentional postponement of an essential job that we want to do, although knowing that we will suffer as a result. A poor understanding of time may worsen the problem, but an inability to control emotions appears to be its root cause.

The Science of Procrastination

Procrastination is defined by science as a conflict between two areas of the brain when confronted with an unpleasant task or assignment: It’s a conflict between the limbic system (the unconscious zone of the brain that includes the pleasure centre) and the prefrontal cortex (a much more recently developed area of the brain that serves as your internal “planner”). When the limbic system triumphs, as is typically the case, the outcome is putting off until tomorrow what might (and should) be done today—which provides a short reprieve from the uncomfortable sense of needing but not wanting to do anything.

Here’s some more scientific evidence to help you quit blaming yourself (or your parents or your astrological sign) and start blaming biology. The limbic system, one of the brain’s oldest and most powerful regions, is on autopilot. It instructs you to, for example, keep your hand away from a flame—as well as to avoid unpleasant jobs. It’s programmed to carry out your basic survival instincts. In other words, it encourages you to choose “instant mood healing.”

The prefrontal cortex is a younger, weaker portion of the brain that aids in information processing and decision making. “This is the part of the brain that genuinely separates humans from animals, which are regulated only by stimuli,” the study says. The job is done by the prefrontal cortex, which is located directly beyond the forehead (where we touch while trying to think). Its functioning, however, is not automatic: you must initiate it (“I need to sit down and write this book report!”). When you are not actively engaged in a task, your limbic system takes over and you succumb to what feels fantastic, which is anything other than that book report—you procrastinate.

What Factors Contribute To Procrastination?

It’s tempting to believe – as your mother surely does – that procrastination is the product of bad time management or, worse, simple laziness. But science just does not support this.

“There hasn’t been any strong scientific evidence to show that procrastination is caused by poor time management.” “However, we can simply argue it’s all about mood control,” Sirois explains.

“At its foundation, procrastination is the inability to regulate one’s feelings and emotions.” Although many people believe that impulsivity and self-control are the issues – and they are, to some extent – the underlying cause is a bad emotional reaction.”

Is Procrastinating Harmful To One’s Health?

Finally, procrastination may lead to many more issues than missed deadlines. Sirois has spent decades studying the health repercussions of prolonged procrastination, and her conclusions are unsettling at best and terrifying at worst.

“People who postpone regularly – who make it a habit – have higher stress levels and more acute health issues.”

” They are more prone to headaches, sleeplessness, and gastrointestinal disorders, as well as the flu and cold.”

Even more concerning, studies have indicated that procrastination is a risk factor for hypertension and cardiovascular disease, with chronic procrastinators more prone to put off good behaviours like exercise.

You’ve probably heard that having a goal for the conclusion of a project can help you combat procrastination. You attempted it, but by the conclusion of the project, much of the work had built up. Let’s face it: you could have done better if you had begun sooner. Associating the reward with the end aim will not help you if you become unmotivated during the project’s early or middle phases. We must consistently celebrate our successes to better tolerate moments of monotony and suffering. By doing so, we change the emphasis from rewarding the end result to rewarding the performance itself.

The strategy consists of a 25-minute focused “Pomodoro” session in which you focus solely on one job and take a five-minute break. After every four “Pomodoros,” you take a 15–30 minute rest. One of the key things that the Pomodoro Technique helps us improve is our ability to focus on one item at a time when working on something.

One of the most difficult things for me has been focusing just on one subject. I used to be easily sidetracked and had a problem with multitasking.

However, as many studies show, there is immense strength in focusing on one issue solely.

Francesco Cirillo, an Italian student, devised the Pomodoro Technique in 1987 while preparing for a sociology test. As the tests approached, he became preoccupied and stressed.

He utilised his tomato-shaped kitchen timer (the Italian word for tomato is “Pomodoro”) to set aside undisturbed time for studying. He found this approach by accident and spent the next few years organising and developing it. The resulting technique is now known as the Pomodoro Technique.

Recent research published in the Journal of Consumer Research found that extended deadlines or no deadline at all might cause consumers to delay a job or not complete it at all. Participants who were given shorter deadlines were more likely to accomplish the tasks assigned to them than those who were given longer time limitations.

When you begin a positive thinking practice, such as making a daily top five list or keeping a gratitude diary, you build an optimistic outlook. According to research, developing a positive thought habit might help you become physically, emotionally, and psychologically better. It has also been demonstrated to boost confidence and vitality.

That freshly gained self-esteem guarantees that you will become a productivity ninja.

Another strategy for avoiding procrastination is to eliminate distractions. You’ll be more likely to complete your tasks if you restrict the number of distractions surrounding you. Turn off your phone, go somewhere quiet, and listen to classical music or white noise to block out any sounds.

Keep Reading: What are the Causes of Procrastination

The Science Behind Procrastination What Happens to Your Brain