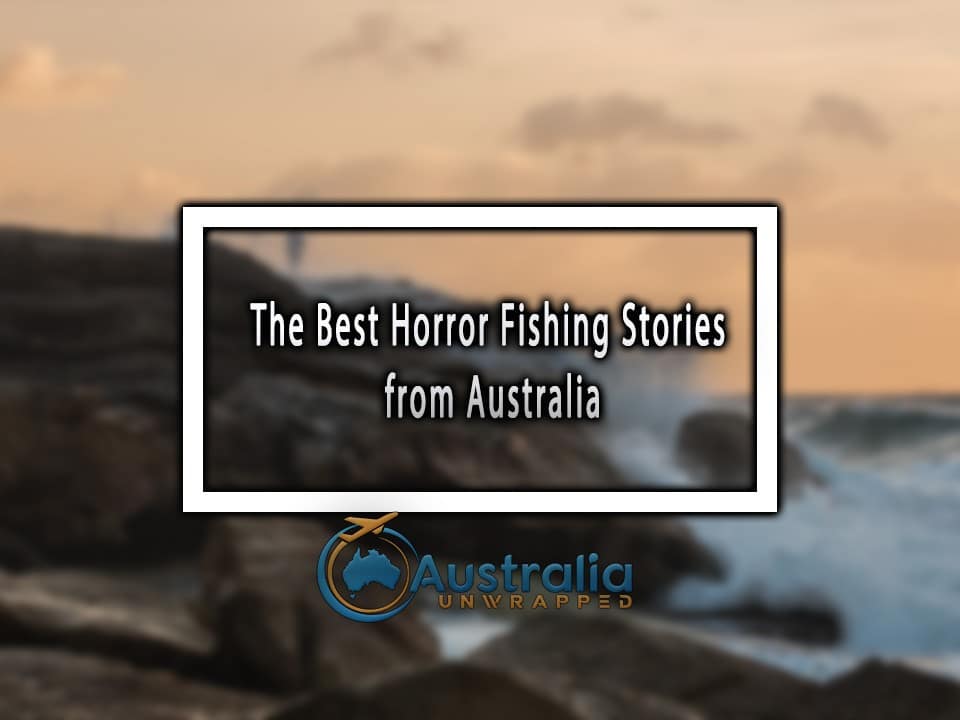 The country of Australia is vast, and so is its fishing experience and with that comes horror fishing stories. No matter how you look at it in terms of fishing experience its paradise. It has massive lands but has a sparse population, and the seashore along the coastline is almost 60,000 Kilometers which is immensely covered by clean and lightly – fished seas. More to add to this surprise is the richness and diversity of the species of fish, you will find almost 4,000 marine species and also there are some fishes which are found nowhere on earth.

To learn how to fish like a pro read best fish finder for crappie.

There is a huge variety of fishes like chrome-silver barramundi, massive Murray cod, huge black marlin, giant trevally, succulent snapper, and finest trout fish are just to name some. In Australia, you are not required to travel far for fishing purposes rather this opportunity you will find right at the doorstep of many major cities.

It’s a tough question as there are innumerable fishes in Australian seas. But certainly, Australian angling icons would be Barramundi, the mighty Murray cod which can be as long as 1.8 meters to 6 feet and can weigh up to 100 Kilograms, giant black marlin along the Great Barrier Reef. But as various climates are supporting the ecosystem, you will find all from trout to tuna, mackerel to marlin.

2. A Large Number of Barracuda Brushing Against Your Leg

When you go fishing in the deep sea many creepy things could happen with you, and people telling you about horror fishing stories. It could happen when you decide to do a little more surfaces fishing further out on the open ocean with your feet off the edge of the boat. And slowly something you feel brushing your feet. You look down and see 4-5 barracuda there near your feet. And as you take off you fishing rods hook and see bitten off fish by Barracuda. All you see is the mouth of fish on the hook, it’s creepy.

3. Something Large Down There In Sea

Generally, when going in the sea with the crew they make a large steel hook that is attached with meat chunk and threw it from the backside to trawl in the ocean. Sometimes later you hauled it back in and see that not only the large piece of meat has disappeared but also hook bent completely straight. The crew member was unnerved to even think something so big and huge down there which has bent the large hook straight.

4. Shark Circling Underwater To Startle You

Commercial fishermen often go into the deep sea for oil rig purposes or also sometimes catching the fishes in the large amount. Generally, they are well prepared and are accustomed to seeing the fishes of many varieties during their catch. But these commercial fishermen are startled when they see the number of sharks circling oil rigs, which is pretty harrowing. Mostly these sharks are a dangerous hammer-headed shark. Such a sight can plant your feet.

5. A Wall of Bull Sharks Startled The Fishers

One day it so happened that a bunch of fishers went to the coast of North Carolina and suddenly bite fell off and it got disappeared off the scope. Also, all the fishermen rods bent over at the same time. After about 15 minutes when they all bought the lines up and found a 15-foot long bull shark. The creepiest part was that right below them in the sea there was a wall of bull sharks and there were hundreds of them. They all de-hooked and swam back with the harrowing experience.

6. A Giant Under The Kayak

People like to go for kayaking and many times they return with life-threatening experiences. One a man went for kayaking and after reaching up to a distance found that below him was freaking big bull shark under the kayak. It was almost over 10 feet long. It was an absolute giant and was silently gliding under the kayak. The shark made pass under the kayak before gliding back towards the middle of the sea. The guy got back to shore and told about the monster that was around the sea and warned everybody to be careful.

The little boy with his brother and father went fishing for the first time and was explained by a guy some tips of fishing. When they started the reel of the elder brother just got inside suddenly and when he pulled they found very ugly looking fish. As they were about to grab it off the line the guy who gave them the fishing tips shouted: “DON’T TOUCH THAT!!’. He later explained that the ugly looking fish was Lesser Weaver which has poisonous spines on it. So you can’t kill them. That was a shocking experience, and lesson of life.

8. An Eel Scared The Boy

One of the creepiest things is when you are young and spearfishing on the reef and sees long eel. Once he was just poking the spear around and saw 3-foot moray eel swimming above the reef and he decided to spear it. He speared the end of its tail. To his surprise, he found the long thing which was capable enough to swing back and bite. But rather it turned around, pull its tail and hastily retreats to the nearest cover. The snake-like creature could have attacked him that scared him to death and he ran off.

Fishing is a favourite pastime of many locals and travellers who come to Australia, but sometimes a creature of deep-sea can spook even the most experienced fisher. Many such fishermen and people have shared their scariest experience of fishing by telling horror fishing stories; however, no one can independently authenticate these stories.

Top 10 Australian National Parks to add to your Bucketlist 2020

Stay Connected
41,936FansLike
5,684FollowersFollow
815FollowersFollow
Previous article
The Quick Guide To The Culture And History Of Australian Cricket
Next article
Ghosts, Goblins, and Ghouls Let Them Haunt You In Australia

Here Are Some Smart Bitcoin Investment Tips For Novice Investors