The 5 Most Common uses of Steel in Construction 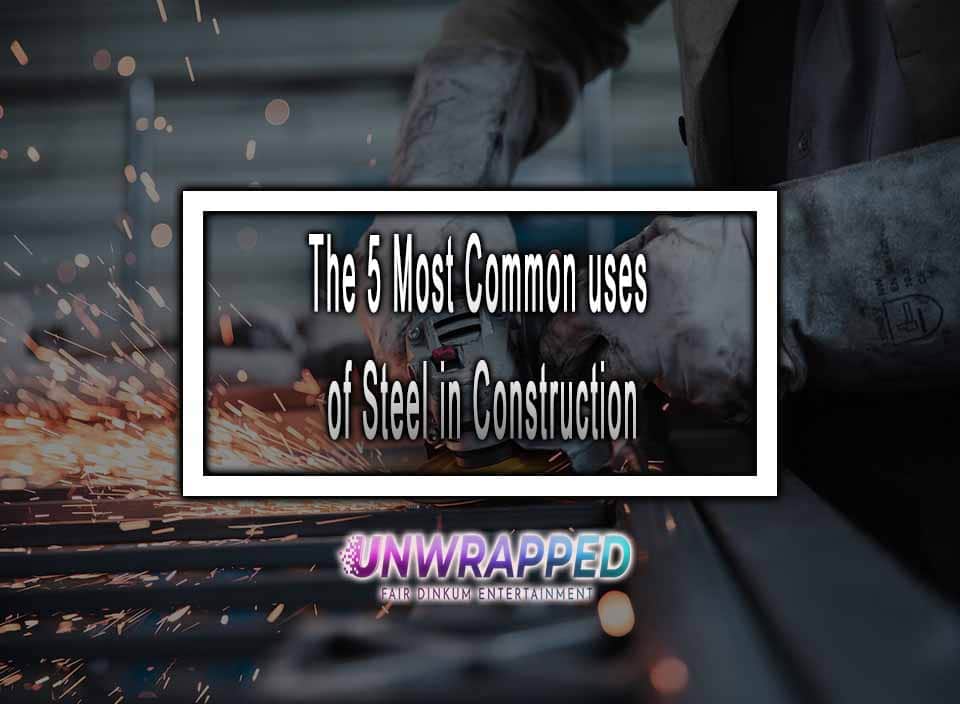 If we could speak to one of the three little pigs, even the one who built their house out of bricks, we’d probably suggest adding some steel to the construction process. Accounting for more than 50% of the world’s steel demand, construction is a popular industry for steel.

Whether for new houses, skyscrapers or a unique piece of architecture, the possibilities for using steel in construction are nearly endless. And for very good reasons. While stone and wood have been mainstays in construction since humans first started building things, the benefits of using steel over more natural counterparts are pretty clear cut. High strength to weight ratio, corrosion resistance, fire resistance and 100% recyclable, it’s the ideal construction material.

To better understand just how important steel is for buildings and infrastructure, we reached out to premier steel fabricators, Steel Builders, for the low down on the many uses of steel in construction, including prefabricated steel, steel frames, architecture, walls and drainage.

A Brief History of Steel in Construction

For the longest time, iron was the top metal in the world of construction. Sitting alongside wrought iron and cast iron, steel was considered too expensive and was typically reserved for luxury items such as watches and swords.

Fortunately, in 1855, an English engineer by the name of Sir Henry Bessemer created a more efficient method for producing steel, known as the Bessemer Method, paving the way for its use. Coupled with the popularity of railroads, the industrial revolution and Andrew Carnegie in the USA, steel was running full steam ahead.

Its first major test came following the Great Chicago Fire of 1871. Requiring non-combustible construction materials, steel was integral for the city’s reconstruction and its expansion upwards, as exemplified by the Home Insurance Building, completed in 1885, and the first all-steel framed skyscraper, the Rand McNally Building, built-in 1890.

Though it was demolished in 1911, it was soon followed by the world’s tallest building (at the time), the 60-storey steel-frame Woolworth Building in New York. What would follow would be a continual expansion skyward, with the Chrysler Building and the Empire State Building both competing for supremacy.

The US was well-positioned at the beginning of the 20th Century, producing more steel than Britain and Germany combined, while also standardising the industry with his Carnegie Beams, or what would eventually become flanged beams (W) and universal beams (UB) used today in steel construction.

You will usually see prefabricated steel used in large office buildings, storage warehouses, or significant construction projects. And since prefabricated structures are already assembled before on-site delivery, you won’t need as many skilled workers, which will save you both time and money.

Commonly used in high-rise, industrial, warehouse, residential buildings, modern houses and structures are constructed using strong steel frames with durable structural components to handle large loads and cover vast areas. With improvements constantly being made to CAD design software and fabrication processes, steel frames continue to push the boundaries of what can and can’t be built.

Steel, mainly stainless steel, has been a part of architecture since the early 1920s. Used both functionally and artistically, stainless steel is preferred for corrosive locations thanks to the number of different stainless steel alloys and their corrosion resistance. Other uses of stainless steel are often safety-related, such as bollards and railings.

Cold-formed steel framing, for example, is a popular choice for steel in construction, especially during harsh weather conditions like a Canadian winter. Because of how it’s produced, cold-formed steel does not expand or contract with moisture content, which prevents it from splitting, cracking or creeping when exposed to the elements.

Returning to our little bricklaying pig, Steel T-Bars are the perfect solution for their wolf troubles. A more cost-effective solution with brick masonry walls, T-Bars can hide unwanted exposed joins for a desirable and tidy brick finish.

We’re bringing up drainage because of how much steel is used to keep everything flowing smoothly. As one of the many uses for stainless steel, grates and drains rely heavily on this highly corrosion resistant alloy as it will not rust or stain from water exposure, unlike standard steel. Drainage is a critical factor in any commercial or residential building, and steel offers visible grates a floorless finish compared to other materials such as cast iron.

Next time you’re looking at the world around you, take a moment to consider the amount of steel that has been used. You’ll be hard-pressed to find a building or structure that hasn’t utilised this incredible material in some way or another.

Stay Connected
52,651FansLike
5,673FollowersFollow
829FollowersFollow
Previous articleThe Best Way to Send Money to Nepal From Australia
Next articleOnline Marketing Find Out What You Need To Get More Sales