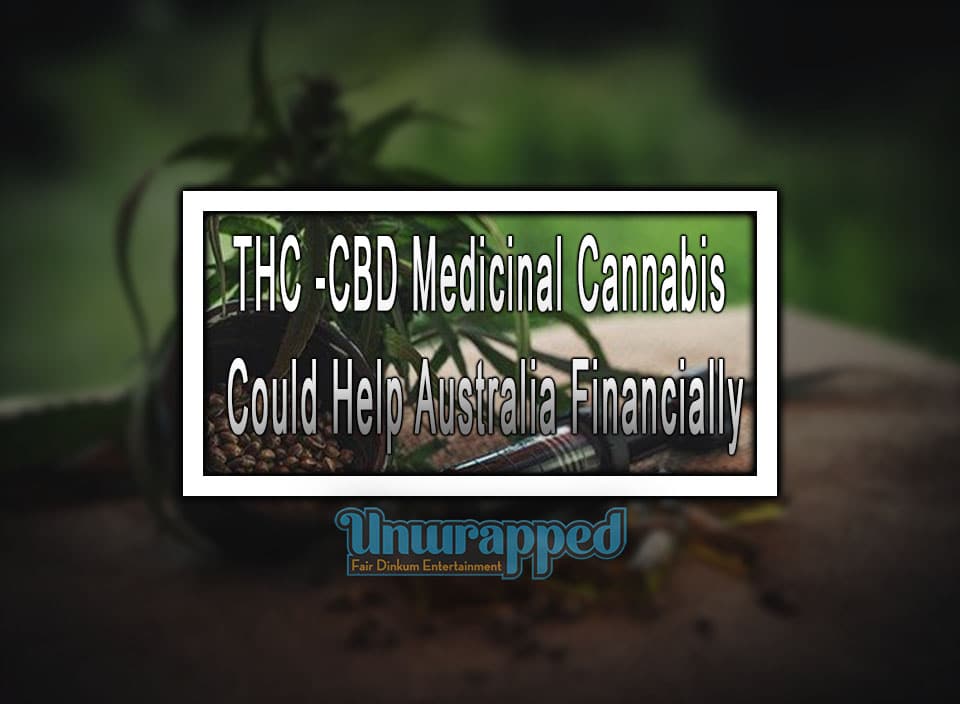 THC-CBD Could Boost Australian Economy In An Unexpected Way

Australia has a growing economy that has got the potential to diversify into different sectors. The Australian economy is a highly developed market economy with a GDP of $1.8 trillion. If we look at the strengths and weaknesses of the Australian economy, then we can see that the export sector is the main contributor, the export based industries are driving the economy and these industries have allowed Australia to maintain a current account surplus over the years. This surplus has however reduced in the last few years, due to changes in some policies but it still has the potential to carry the Australian economy.

This is a good sign because it means that Australia can be sure that it will have a constant market for its exports, China is one of the biggest markets in the world and with the FTAs in place, Australia has a chance to get access to Chinese markets, a chance that many countries would compete for.

The over reliance on China, however is bad for the Australian sovereignty because it allows China just a little too much leverage. There have been instances in the past where China has tried to gain undue influence over Australian decision making and these incidents have inevitably led to a deterioration in relations between the two countries. Australia however can benefit from this because China too is dependent on Australia for the high quality ore and agricultural products.

Also See: How To Get CBD Products In Australia?

The over dependence of the Australian economy on China, can and should be reduced and the way to do this is by diversifying the economy. Although Australia has got a highly developed economy, its main sectors are the primary and tertiary sectors. Primary sector is mainly focused on agriculture and mining. The exports from these sectors are not specialised exports and therefore do not add a lot of value to the export bill.

The tertiary sector however is the one where Australia has the potential to earn a lot of revenue through exports by the provision of value added services. The Australian fintech sector is booming and making its mark.

One area that Australia can work upon, that can fetch revenue of over $2 billion annually is the medicinal cannabis sector. The recent research and studies on the medicinal uses of cannabis have proven that there is space in the pharmaceutical sector for the development of cannabis based medicinal products.

This blackmarket creates problems for the law enforcement agencies, as they have to spend a considerable amount of time and resources to track and apprehend the sellers and users of cannabis.

The Australian government has legalised medicinal uses of cannabis at the federal level but this legalisation is largely on paper. Only a handful of companies have invested till date and even fewer have been able to introduce their products in the market. The reason for this is that the infrastructure to promote the growth of the medicinal cannabis sector is almost non-existent.

The Greens party has already proposed legalising recreational uses of cannabis in Australia and all eyes as of now are on the results of the cannabis referendum in New Zealand, as an approach similar to that of New Zealand is also being proposed for Australia.

It is expected that if Australia legalises cannabis for both recreational and medicinal uses, then this would create an additional revenue of $2 billion per year and add $3.6 billion over the next four years through excise and taxation.

Also see: Why Many People Use Cannabidiol To Relieve Pain?

Such a move would expedite the growth of infrastructure for the medicinal sector because the money saved from policing cannabis can be used to spread awareness for responsible use of cannabis and into research and development for cannabis based medicinal products.

It is proposed that legalisation of cannabis would be followed by regulation similar to alcohol and tobacco. The regulation of cannabis will ensure that its usage is age restricted and only a certain quantity can be purchased, so that instances of substance abuse do not rise. An excise or tax is also proposed, so that the legal cannabis can have an income stream of its own. The tax is meant to discourage excessive use, in a manner similar to the tax on cigarettes.

It is obvious that once more and more pharmaceutical companies get their license for researching and developing cannabis based medicinal products, they are going to need their own agricultural lands to grow cannabis on a mass scale, this is where internal economies of scale of Australia can help the growth of this sector. Australia already has a very evolved agricultural sector, the existing technology can be used to make corporate hemp farming a profitable endeavour. It will not only help the medicinal cannabis sector, but also allow Australia to add another primary product to their export category. Australia, will not only be benefitting from medicinal cannabis but also from numerous externalities that will be created because of this.

There should be no second opinion on the legalisation of cannabis. Not just medicinal cannabis but recreational use of cannabis should also be legalised because the benefits far outweigh the costs. If Australia goes through with this legislation within the next year or so, it will be among the first countries in the world to do so. The benefit of doing this early will be that Australia will develop into a proper market for cannabis earlier than the rest of the world and therefore will be able to gain competitive advantage in not only medicinal cannabis but also recreational uses of cannabis.

Stay Connected
41,936FansLike
5,683FollowersFollow
816FollowersFollow
Previous article
How To Get CBD Products In Australia?
Next article
The Next Bitcoin Will Likely be Cannabis and CBD

The 3 Best Teas To Fall Asleep