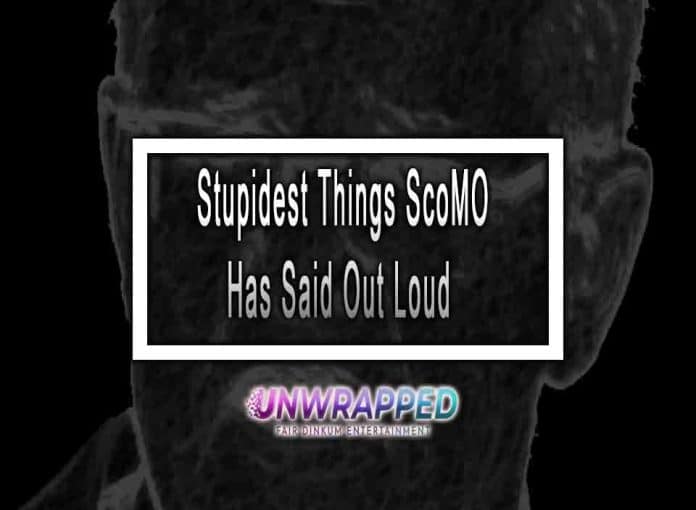 Scott Morrison Blunders, Balls Ups and Not Reading a Room

My mama says that stupid is as stupid does.

Must See: Comparison between Albo vs. Scomo

And it’s all been downhill from there:

“This is about Australians getting into homes. The best way to support people renting a house is to help them buy a house.”

Building a deposit for a house and buying a home isn’t the casual escapade Morrison appears to imagine.

ScoMo On: Cost of Milk.

‘I’m not going to pretend to you that I go out each day and I buy a loaf of bread and I buy a litre of milk,’

It is clear from Mr Morrison’s response that he does not know the prices.

“I am not going to indulge your editorial on it.”

There is a report that Scott Morrison leaked private correspondence between himself and Emmanuel Macron. No denial.

ScoMo On: Bullets For Protesters

“Not far from here, such marches, even now are being met with bullets, but not here in this country,”

ScoMO proclaimed a lie in public life in an interview with Neil Mitchell, which is a lie within a lie.

If our leader was a comedian then fanbloodytastic, but he is not he is the PM. Here are a few blunder of the last few years there are more but you no I have a Hawian trip to get to.