8 Meaningful Stoic Quotes About Anxiety That Will Change Your Life 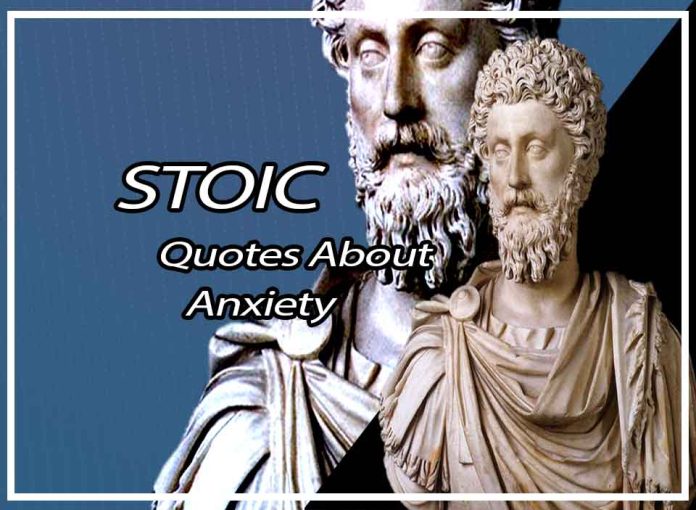 Best Quotes on Anxiety from Stoicism

As a practicing Stoic, I have used many quotes on Anxiety to help me, inspire me, or keep me sane. I hope you find some gain and drive in some of Stoicism’s finest quotes on Anxiety. Developing peace of mind through confidence in one’s abilities is what Stoicism is all about and knowing that this is ancient wisdom, along with applications by modern great, you know the Stoic beliefs stand up.

” When I see an anxious person, I ask myself, what do they want? For if a person wasn’t wanting something outside of their own control, why would they be stricken by anxiety?

” It’s ruinous for the soul to be anxious about the future and miserable in advance of misery, engulfed by anxiety that the things it desires might remain it’s own until the very end. For such a soul will never be at rest— by longing for things to come it will lose the ability to enjoy present things.”

” Today I escaped anxiety. Or no, I discarded it, because it was within me, in my own perceptions — not outside.”

” Does what’s happened keep you from acting with justice, generosity, self-control, sanity, prudence, honesty, humility, straightforwardness, and all other qualities that allow a person’s nature to fulfil itself? So remember this principle when something threatens to cause you pain: the thing itself was no misfortune at all; to endure it and prevail is great good fortune.”

” Were you to live three thousand years, or even thirty thousand, remember that the sole life which a man can lose is that which he is living at the moment…he can have no other life than the one he loses. For the passing minute is every man’s equal possession, but what has once gone by is not ours.

” When I see an anxious person, I ask myself, what do they want? For if a person wasn’t wanting something outside of their own control, why would they be stricken by anxiety?

“True happiness is to enjoy the present, without anxious dependence upon the future, not to amuse ourselves with either hopes or fears but to rest satisfied with what we have, which is sufficient, for he that is so wants nothing.”

” Set aside a certain number of days during which you shall be content with the scantiest and cheapest fare, with coarse and rough dress, saying to yourself the while, ‘Is this the condition that I feared?”

Stoic Quotes on Anxiety the Best Quotes From the Stoics

I hope these Anxiety quotes helped you. Please comment below and share the best Stoic quotes that have benefited you when facing Anxiety.

More Stoicism: 5 Books You Should Read To Understand Stoicism Fully

Which virtue is the highest?

It’s the truth The highest virtue is truth, but the highest of all is truthful living.