Spiraling Down With Benzos Addiction – How Has It Affected The Entertainment Industry? 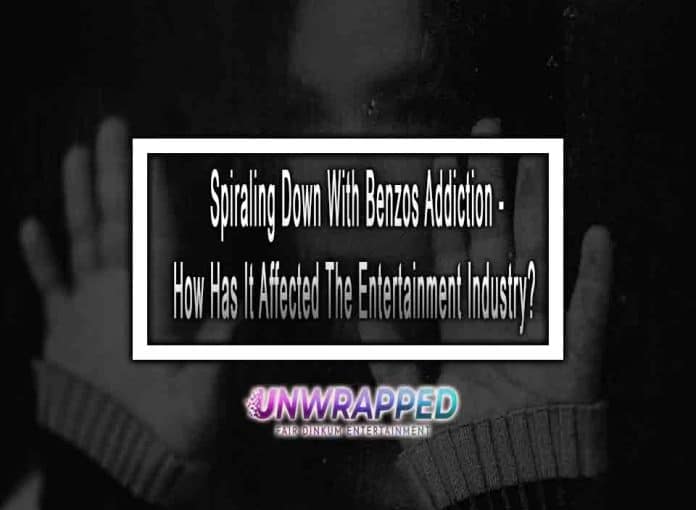 Drugs and the entertainment industry have long dominated the headlines. Yet, there is one drug in particular that seems to be the problem these days. Benzos is one of the more common drugs that people in the industry seem to have abused or get addicted to.

We’ll be talking about what benzos are and why they are popular compared to other drugs. We’ll also talk about why it has become the drug of choice in the entertainment industry. It comes as no surprise that people in showbiz may use drugs to cope with the pressures of being in the business of entertaining others.

However, regular people can also be on benzos as well. If you are dealing with addiction to benzos, Infinite Recovery can help. Check out the following information on their site following this link: https://www.infiniterecovery.com/addiction-recovery/what-are-benzos/.

Now, let’s take a deeper look at benzos addiction and its connection with the entertainment industry.

Benzos is the short name for benzodiazepines. These drugs were developed in the 1950s to help desensitize the nerves of the brain. Those with excessive brain activity will take these in order to decrease them.

It was also designed to reduce any racing thoughts, anxiety, muscle spasms, and insomnia among others. In some cases, benzos can be used to help treat those dealing with alcohol withdrawal symptoms.

There are other benzos that are available on the market under common names including: Klonopin, Xanax, Valium, and Ativan. These are prescription drugs that are abused by people who originally needed them for an intended purpose.

What makes them addictive?

Benzos tend to be addicting because it provides people with rapid relief from excessive brain activity. This drug can relax people without the use of anything else like alcohol and various substances.

On top of that, benzos are known to provide plenty of dopamine so people can feel a lot better. They also assume that this drug is safe compared to others like cocaine or heroin. For this reason, they feel more comfortable carrying these around instead of illegal drugs and risking getting a possession charge.

Can Benzos be fatal?

Even those benzos are safe to take, they are not fatal if someone were to overdose on them. If anything, it’s rare for anyone to die from a benzos overdose. This can be due to it being mixed with alcohol, which can lead to severe health issues like unconsciousness, respiratory failure, and impared cognition.

Other factors such as their environment have also been contributions to benzo-related deaths. For example, someone may be drowning in their bathtub and had the drug in their system at the time of their death.

Benzos have also played a role in the death of 150 people in a Germanwings airline flight crash. One of the pilots was believed to have benzos in his system at the time of his death. One of the severe side effects was suicidal thoughts and actions.

Benzos and the entertainment industry

There have been a ton of stories within the entertainment industry of celebrities abusing drugs. One of the drugs that has been brought up has been benzos. Tragically, many celebrities had died while having these drugs in their system.

Names such as Whitney Houston, Amy Winehouse, Heath Ledger, Brittany Murphy, and Michael Jackson all had benzos in their system at the time of their deaths. Some of them may have other substances in their system, thus ruling out the drug as the direct cause.

One of the main reasons why many people were using benzos while working in the entertainment industry was anxiety. There were many people dealing with the disorder while trying to further their careers. They find that the condition may be a distraction and make it difficult to work.

Many celebrities have opened up about their addiction to benzos including Stephen King, who was known for mixing Xanax with cocaine, Valium, and beer. Singer Fergie admitted that she suffered with Xanax addiction for a period of time before getting help that she needed.

As mentioned before, benzos themselves won’t kill. It’s what they’re mixed with that can get the job done. A cocktail of other substances may be enough to cause severe side effects and death. Further proof that most drugs mixed with alcohol cannot mix.

This has happened many times before with pill-related drugs in the past. Some of these prescription drugs can be fatal even on their own when overdosed. The mix with alcohol can speed up the process.

If you are taking prescription drugs as part of your treatment for a health issue, your doctor warns you not to take it with alcohol. However, there are those that regretfully ignore this warning. If you are addicted to benzos and have a high risk of mixing it with alcohol, please do not go through with it.

Your best option at this point will be to get the help you need. Benzos may be safe, but still addictive. It can also lead you to making decisions that can end up costing your life while you’re under the influence of the drug.

Some may mix drugs in an attempt to find that high. For this reason, they risk fatality. Even if they do survive, they can suffer from long term effects that can cut their life short.

Benzos can be addicting. When mixed with other substances, it’s asking for trouble. You don’t have to be in the entertainment industry to know this.

But the celebrities many of us watch on TV or movies may be struggling with something like this. The entertainment industry can be high pressure. It can get to the point where it can be mentally taxing.

Because of this, benzos are prescribed to help those cope with that pressure and anxiety. If you are addicted to this kind of drug, get the help you need as soon as possible. You will save your life by doing so.

How To Get Certified In Substance Abuse Counseling

Mental Health vs. Emotional Health: What Are the Differences Between Them?