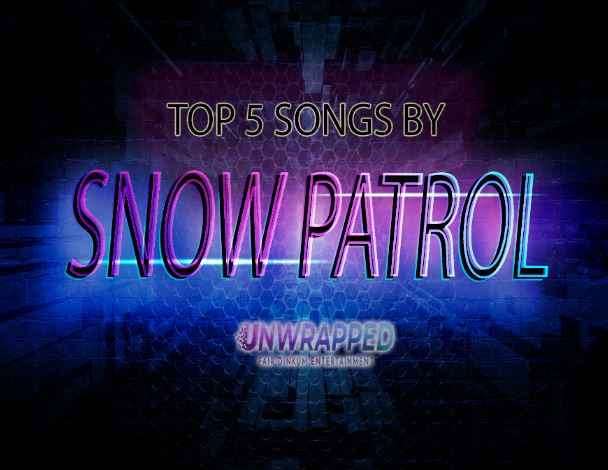 We know how excited you are to be swept away by music through Snow Patrol‘s Top 5 Tracks. Australian Unwrapped would like to give you first a glimpse of the life of the artist. Enjoy reading and listening!

All about Snow Patrol

Who are Snow Patrol: Gary Lightbody (vocals, guitar), Nathan Connolly (guitar, backing vocals), Paul Wilson (bass guitar, backing vocals), Jonny Quinn (drums), and Johnny McDaid (piano, guitar, backing vocals) formed the Northern Irish–Scottish rock band Snow Patrol in 1994. Their first two studio albums, Songs for Polarbears (1998) and When It’s All Over We Still Have to Clear Up (2001), didn’t make it good. Their major-label debut album, Final Straw, the following year, with “Run”, was the album’s biggest hit where the band rose to prominence. Their next studio album, Eyes Open (2006), and its hit single, “Chasing Cars”—reported in 2019 to be the most-played song of the 21st century on UK radio.

We freaking love music here at Unwrapped, and we adore Snow Patrol. In our humble opinion, here are the BEST FIVE SONGS by the legendary Snow Patrol (most liked, listened and downloaded songs) across the web!!!

I’ll sing it one last time for you
Then we really have to go
You’ve been the only thing that’s right
In all I’ve done
And I can barely look at you
But every single time I do
I know we’ll make it anywhere
Away from here
Light up, light up
As if you have a choice
Even if you cannot hear my voice
I’ll be right beside you dear

You Could Be Happy

You could be happy and I won’t know
But you weren’t happy the day I watched you go
And all the things that I wished I had not said
Are played in loops till it’s madness in my head
Is it too late to remind you how we were?
But not our last days of silence, screaming, blur
Most of what I remember makes me sure
I should have stopped you from walking out the door
You could be happy, I hope you are
You made me happier than I’d been by far
Somehow everything I own smells of you
And for the tiniest moment it’s all not true

I hope you enjoyed listening to Snow Patrol !