Upcoming Shows on Docplay in December 2022 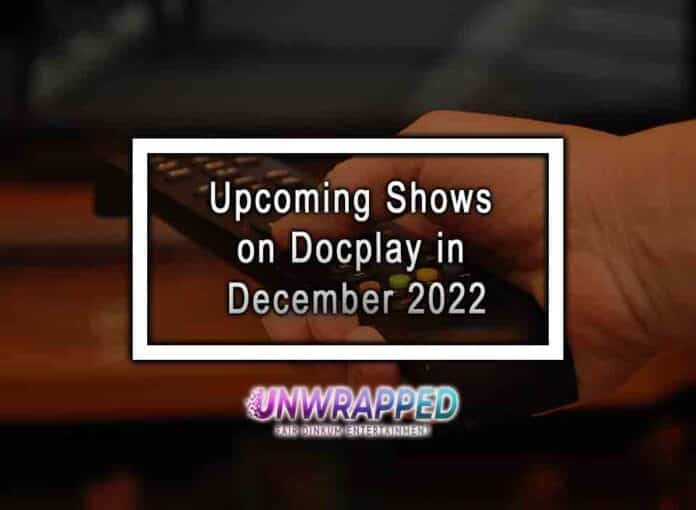 Display primarily concentrates on streaming documentaries, and it has a variety of genres in its library, including documentaries for both cinema and TV. Every real documentary lover’s fantasy is a low-cost monthly membership to DocPlay‘s vast library of the greatest films ever made. In this post we will acknowledge all the upcoming shows on docplay in december 2022.

In 1942, when the RAF changed its strategy from concentrating on German industry to concentrating on whole towns, Lancaster entered service. Here is an amazing video of the bouncing bombs used in The Dam Busters, which were tested in Kent before being dropped on German dams in the Ruhr basin.

The video is skillfully pieced together from old newsreels, clips from vintage war films, and interviews with British and one Jamaican airman still alive, Neil Flanigan.

SPITFIRE is a grand, epic story of fortitude, vision, and bravery. It is the tale of an airplane that was developed via competition, honed through warfare, and ultimately became the most recognizable fighter aircraft ever built. The account of the fighter aircraft and pilots who contributed to World War II’s Battle of Britain victory.

The riveting tale of the Melbourne neighborhood’s uprising against the proposed $18 billion East West Link tollway is told in Tunnel Vision. The film covers a remarkable citizen’s movement that civil disobedience, front-line pickets, and cunning campaigning undercut. It is told through the lens of local community members and activists.

A deep-dive series, I Hostage, introduces viewers to those who survived hostage situations. These folks, who were at the whim of crazy, have survived to tell their story despite having strained nerves and broken hearts.

Masamoto Ueda, a renowned ramen chef, has been serving his renowned Tokyo-style ramen to a community of regulars who are not just his customers but also his friends for more than 40 years.

Masamoto Ueda, a self-taught ramen expert, and his wife Kazuko have owned and operated Bizentei Ramen in Tokyo for over 40 years. Countless committed consumers have joined them in establishing a warm communal space.

In this series, Freddie Mercury and Michael Jackson’s extraordinarily complicated and extraordinary lives will be examined by eminent psychiatrist Dr. Bob Johnson. He will discuss the factors and events that molded each person’s personality, including childhood traumas, family dynamics, relationships, and musical careers.

Robert Kenner’s 2008 American documentary film Food, Inc. has narration by Michael Pollan and Eric Schlosser. It looks at corporate farming in the US and concludes that agribusiness creates unhealthy food that is bad for the environment and cruel to animals and workers. The movie garnered positive reviews and nominations for several accolades—including the Independent Spirit Award and the Academy Award. It also won several honors.

8.   The Hitler Chronicles: Blueprint for Dictators

Hitler’s life is depicted in depth against the social backdrop of the first half of the 20th century in a modern perspective based on the most comprehensive compilation of archival material to date, with over half of that to previously unpublished sources.

All Australian life has been specially equipped for these dramatic and sometimes fatal challenges by millions of years of evolution, according to the gripping four-part series Wild Forces, which investigates the explosive forces that nature brings to this ancient island.

Tony Robinson takes you on breathtaking tours of the history of Britain. Tony uncovers the untold histories of many of the country’s attractions and fills each walk with an understanding of some of the breathtaking vistas and geographical elements that Britain offers.

5 TV Shows Like Children of the Underground to Watch