Skip to content
You are here:Home / Short Summary of The Boy, The Mole, The Fox and The Horse by Charlie Mackesy A Short Review of The Boy, The Mole, The Fox and The Horse

I liked the book because it reminds human beings and society that an individual cannot sustain alone, and interdependence among individuals is needed.

They base the book on a story narrating the conversation among the various characters depicted in the drawings created by Charlie Mackesy. The four characters meet each other and share each other’s confidence. This book does not address a particular class of audience. The book gives a social message for hard times, as was the scene during the closing of 2019 and a significant part of 2020 across the globe. The text and its message reached up hundreds of thousands of people. The popularity of the book was beyond the expectation of the publishers. The best part about the book is that the writer made the drawing first, and they developed later the story on.

What makes the book special?

The boy and the Horse conversation where the boy asks the Horse what the bravest thing he’s ever said, and the Horse replies ‘help’ became so popular they put it on notice boards in schools, prisons, and hospitals. Mackesy’s drawings and words, which encouraged kindness and support, found their way onto the sides of buildings. The book gave a soothing effect to many people and boosted up their morale. A patient undergoing cancer treatment found the book ‘refreshingly uncomplicated and fresh.’ Further, she says that the book gave her ‘strength, encouragement, laughter, and a voice in the most challenging times.

Another person who had developed suicidal thoughts because of vagaries of life found solace in the popular image of the Horse and boy cite the power of asking for help. The reader says he held those two pages of the book very close during the darkest moments of his life.

The book and illustrations by Charlie Mackesy may not save the world’s problems. Still, the content and spirit of the book have once again filled the people with the humanitarian values necessary for survival. The central theme is that it is courageous to ask for help, which is purely a human quality to help others. 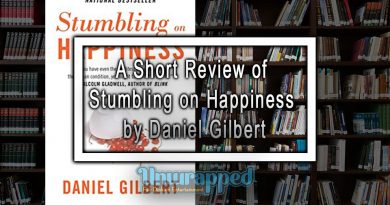 A Short Review of Stumbling on Happiness by Daniel Gilbert 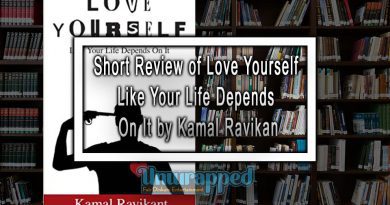 A Short Review of Thanks a Thousand by A.J. Jacobs

A Short Review of Stumbling on Happiness by Daniel Gilbert