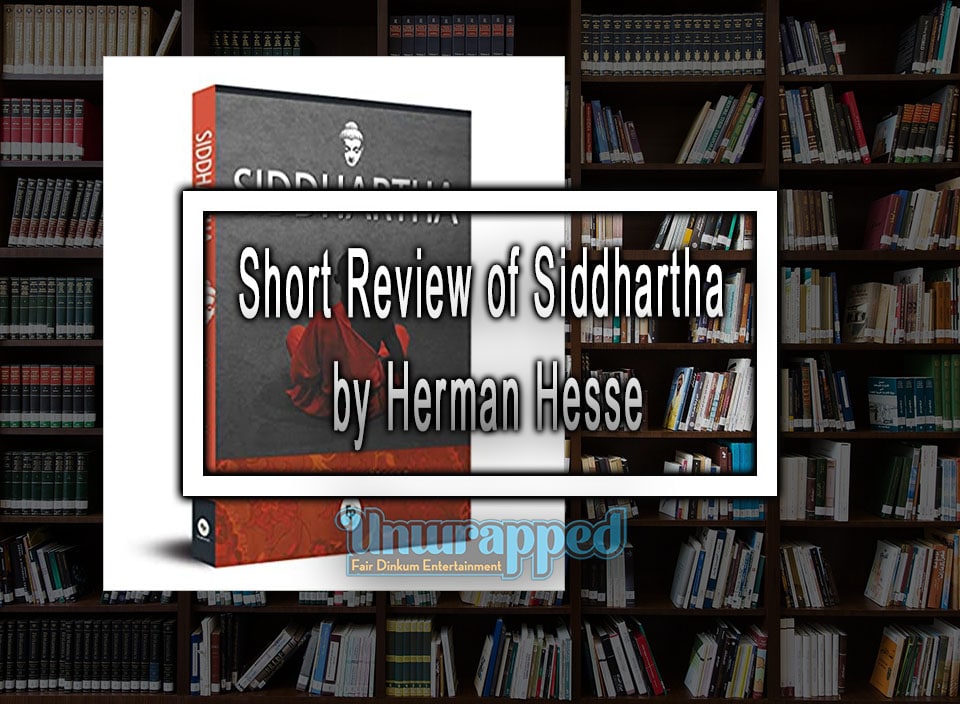 The thing I liked in the book is- The story explains the different colours of human life. The confusion and after confusion finds a state of happiness that can be termed as enlightenment. The struggle between materialism, spirituality are beautifully described by the author.

The author based the plot and theme of the story on ancient India. The story revolves around Siddhartha, son of a Brahmin. Society wants Siddhartha to step into the shoes of his father. Siddhartha has a best friend named Govinda. As it was expected, Siddhartha practices the rituals of his religion, hoping that by this way, happiness and peace would come to him. Siddhartha has a secret feeling in his inner Self that he is still looking for something more, despite having received all wisdom from his father.

The New Turn in the Story: –

Siddhartha and Govinda now inform the leader of mendicants to leave. The leader does not want them to go, but Siddhartha leaves along with Govinda.

Siddhartha and Govinda join Gautam’s followers. Govinda is convinced about the Eightfold Path of Gautam and Buddhism as a whole. Siddhartha is still dissatisfied and leaves Govinda and moves in search of enlightenment when he does not have to depend on any religious instructions.

Siddhartha comes in contact with a ferryman. Siddhartha crosses the river with the ferryman’s help and reaches a city. Here he meets a beautiful courtesan Kamala. Siddhartha desires to be taught about love from Kamala, but Kamala can welcome him only when he moves into the material world. Kamala inspires him to become a merchant. With Kamala’s help, Siddhartha finds a job with a merchant Kamaswami. Now Kamala starts loving him and also teaches him about the art of love.

Over time, Siddhartha learns the tricks of the trade and becomes a rich man. He also behaves and lives like a rich man. Again life brings a challenge before him. He no more is interested in pursuing this game of making money and leading life lavishly. Again the clouds of unhappiness encircle him. To avoid this, he gets more involved in vices. Now he realises that the material world has taken him to a stage of melancholy.

Siddhartha leaves Kamala and Kamaswami. Siddhartha develops a suicidal tendency and wants to drown in a river. Instead of getting drenched, he falls asleep on the river bank. In the meantime, Govinda, his friend, recognises Siddhartha as he became a Buddhist monk and was travelling. Govinda observes Siddhartha appeared to be a rich man now. Siddhartha narrates his story. Finally, Siddhartha tells Govinda he desires something new in his life. So Govinda leaves.

Now Siddhartha meets with the same ferryman whom he met years ago. Siddartha believes and feels that he, too, wants to attain the same peace which the ferryman named Vasudeva has in his heart. Siddhartha asks Vasudeva the secret of his peace. Vasudeva tells him he studied the river for many years and has learnt it from the river. Siddhartha follows the path of seeking spiritual enlightenment.

While studying the river, Siddhartha, one day visualising the unity of life, hears the word O.M. in the river’s voice.

A Chance Meeting With Kamala: –

Kamala and her son are on a pilgrimage to visit Gotham, who is on death bed. Kamala is yet to board the ferry, but one snake bites her, and she meets death. Vasudeva and Siddhartha try their best to treat Kamala but could not save her. Kamala breaks the news to Siddhartha that the boy accompanying her is Siddhartha’s son. After Kamala’s death, Siddhartha tries his best to take care of his son. The boy does not listen to him. Siddhartha and Kamala’s son wants to go back to the city. So he leaves one day while Siddhartha was sleeping along with his father’s and Vasudeva’s money. Siddhartha is again unhappy. So Vasudeva asks him to again listen to the music of the river. After studying the river, Siddhartha concludes that the river’s water flows into the ocean is returned by rain. Hence, the different life is interconnected in a cycle. Birth and death form a circle of timeless unity. Slowly Siddhartha gets revealed to the Self. Finally, Govinda, through a follower of Buddha, comes to Siddhartha for a sermon. Siddhartha tells Govinda that no one can make understand the wisdom of another person. Siddhartha kisses Govinda on his forehead, and Govinda feels that he, too, has attained enlightenment.