Short Review of Many Lives Many Masters by Brian Weiss 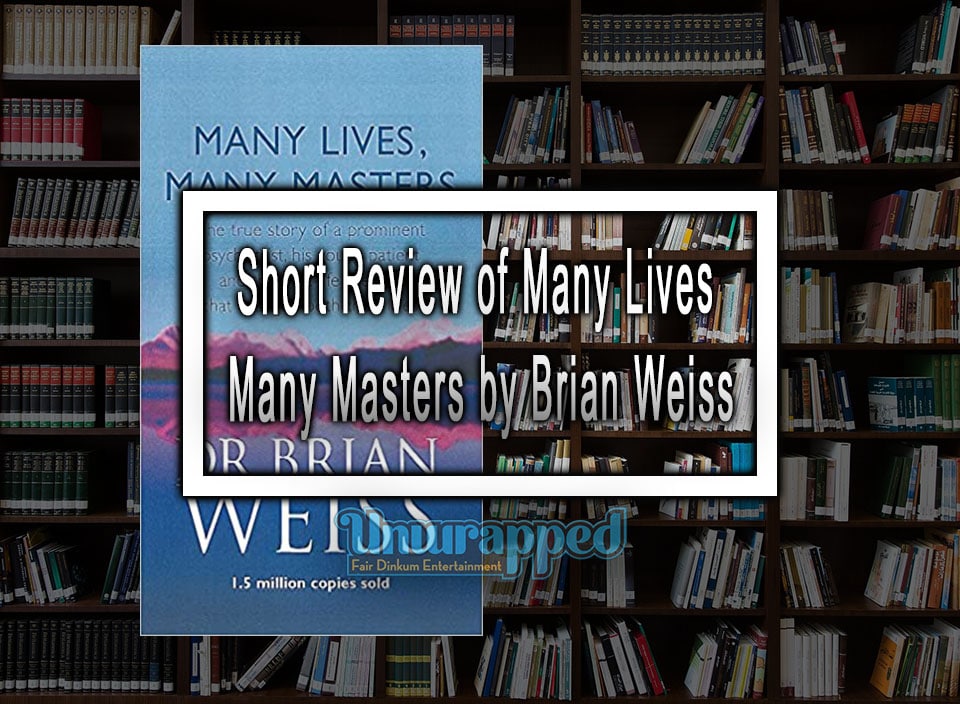 Many Lives Many Masters: Book Review

What do I like most? Catherine, by the noble efforts of Dr Weiss, got freed of all the trauma and pain.

Man and the universe have existed for centuries; hardly one knows since when. The Sanatan Dharma in Hinduism believes in the spiritual hook Gita. This spiritual book is believed to be a gospel of Shri Krishna to Arjuna, prince of Hastinapur, a kingdom in north India somewhere near present Delhi. Sanatan dharma believes in reincarnation.

The above paragraph has no relation to the words one will read from now onwards. Catherine is a 28-year-old young American woman working as a lab technician at Mount Sinai Medical Center in Miami Beach, Florida. Catherine is having some psychological issues and is well educated. Dr Weiss, the head of psychiatry in the same hospital, suggests Catherine has conventional therapy to help her anxiety, depression, and severe phobias.

The exciting story and experience of Catherine:

Catherine visits a particular museum with her boyfriend. There the guide narrates a group of Egyptian history. Catherine has intuition, and she corrects the guide’s mistake. Lo! Whatever corrections she made come out true.

On top of everything, Catherine has no formal education and knowledge of history. This knowledge comes to her as a memory of her past life. So she undergoes hypnosis. Dr Weiss suggests. That the hypnotic treatment given to Catherine would help find out the reasons for Catherine’s panic attacks.

During the sessions, Dr Weiss finds some childhood traumas, but it doesn’t help Catherine. Now the intensity of her panic attacks increases in the next session Dr Weiss takes through hypnotic therapy, takes her beyond her childhood memory. Disobeying and not following the doctor’s instructions, Catherine talks about walking and moving around in a marketplace during the middle of the 19th century. In her deep layers of memory, she is someone else. Aronda is an 18-year-old girl who lives in a village far from water and streams. She had to gather water by melting snow and use it for drinking purposes. Dr Weiss had experienced nothing of this sort before in his medical practice. Dr Weiss knows Catherine is a roman catholic, and Christians never believe in reincarnation. Dr Weiss is sure that Catherine has taken no drugs and is not acting too. In a significant part of the book, Weiss talks about Catherine’s different lives. Again the details revived and gathered from Catherine’s memory are so impeccable with a rich cultural and geographical depiction that one would not afford to deny it to be wrong. During this hypnotic analysis of her past from recorded memory Catherine changes genders, age, nationality. The biggest surprise is that she always meets people from her current life who has also reincarnated is always an ordinary person.

Thus Dr Weiss concludes that some of Catherine’s anxieties and phobias in her current life are causing agents for the traumas and violence she experienced in her previous life. The most exciting experience she had was that past life got erased. The most significant experience Dr Weiss has had in his medical practice was when during sessions, she became philosophical and revealed things she does not know of. Doctor names these speakers as master spirits and has a belief that they are higher consciousness. These master spirits guided Dr Weiss not to reveal to Catherine about his discoveries since it would go against and prove not beneficial to Catherine.

Ultimately, she got cured and had everyday life. Dr Weiss believes though he tried this treatment method with many others, it showed satisfactory results. Add to his assertion that this method would not be beneficial for any person.

Find Which Workouts Are Best For Baby