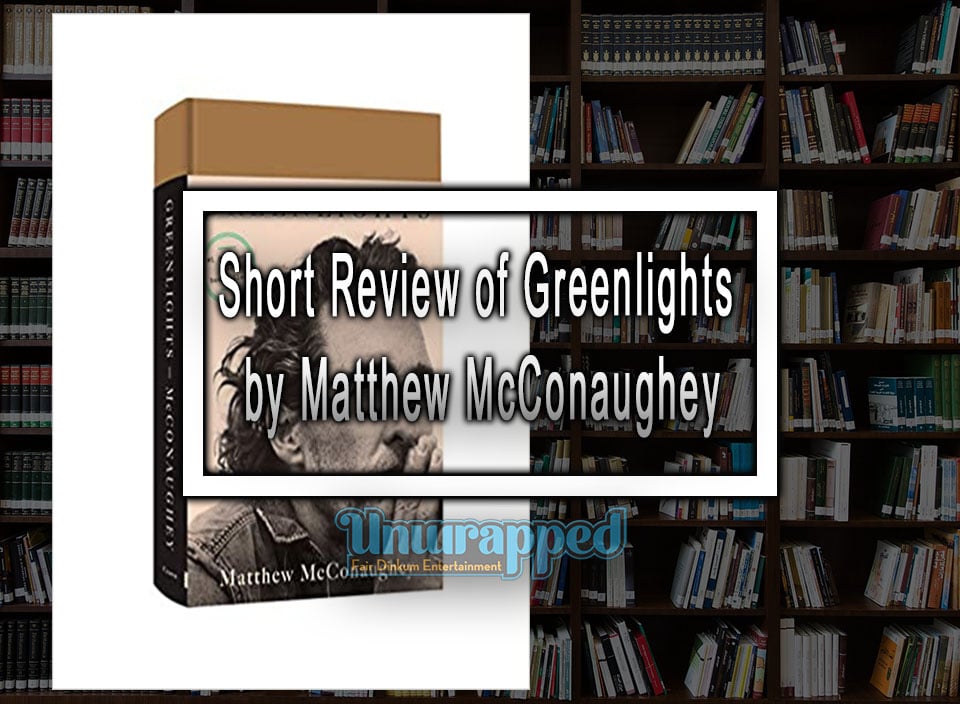 Matthew McConaughey’s Greenlights is a Book to Read

I liked the book’s emphasis on positivity by the author and how life gives signals to everyone; it’s just about picking them up.

A brief introduction of the writer: He is an American actor and producer from Texas. He shot into the limelight in his mid-20s after his breakout supporting performance in dazed and Confused (1993). Matthew won an Oscar in 2013. They nominated him for the prime time Emmy award for outstanding lead actor for his starring role in true detective.

The author describes the book as an inspiration. Greenlight is a collection of journals that the writer had been publishing for about 30 years. The writer’s title ‘Greenlight’ suggests a sign that one has to continue with what he is doing. He says the signal here refers to a chance by the universe, God, or perchance. Matthew’s message is to pursue work or tasks offered to the person. Further, the author describes Greenlight as affirmations, approvals, support, praise, or gifts. The writer discusses and points out yellow and red lights; he terms these yellow and red lights as disguised changes, setbacks, or challenges in life. The writer gives an example of his father’s death posing as a red light because he considered his father as a role model. Not caring further for the tragedy, he believes it makes him think more about what his father taught him. This exercise helped him to become the sort of man he wanted to be. Hence, challenges pave the way towards the journey of happiness and success. The individual effort changes a challenge into an advantage. The writer further suggests that Greenlights can also be the outcome of fortune, intuition, karma, or fate. In the situation when one confronts a challenge to move forward, three ways need to be observed:

Writer talks of his first greenlight moment building a treehouse in a large tree. Matthew got satisfaction from this. The writer always dreamt of being a father, as he was highly impressed with his father. Another significant moment came in the writer’s life when Matt met his life partner, Camila. Once again, the writer found a moment of joy when he got the news of his wife becoming pregnant. The birth of a child became another greenlight in Matthew’s life. One exceptional experience Matthew felt was when he went to Australia on a student exchange program. He learned to appreciate during the challenging phase of life; one needs to push through these moments. The writer considers this period as another of greenlights in his life. The author joined a film school leaving law school, which he calls an exercise ‘to pivot.’ Matthew’s father, too, supported his decision to join a film school. Matthew believes in staying grounded by constantly working daily. For the author to maintain a grasp on life is to remain connected with one’s head and heart. The term prescribes used by the author refers to prescriptions for one’s life. These prescriptions help in finding solutions to the challenges of life.

Also See: Planning A Trip In Your Van? Here’s What You Need First

Stay Connected
41,936FansLike
5,682FollowersFollow
816FollowersFollow
Previous article
Review of How to Win Friends And Influence People by Dale Carnegie
Next article
Summary of Forty-eight Laws of Power by Robert Greene

Critical Analysis We by Yevgeny Zamyatin