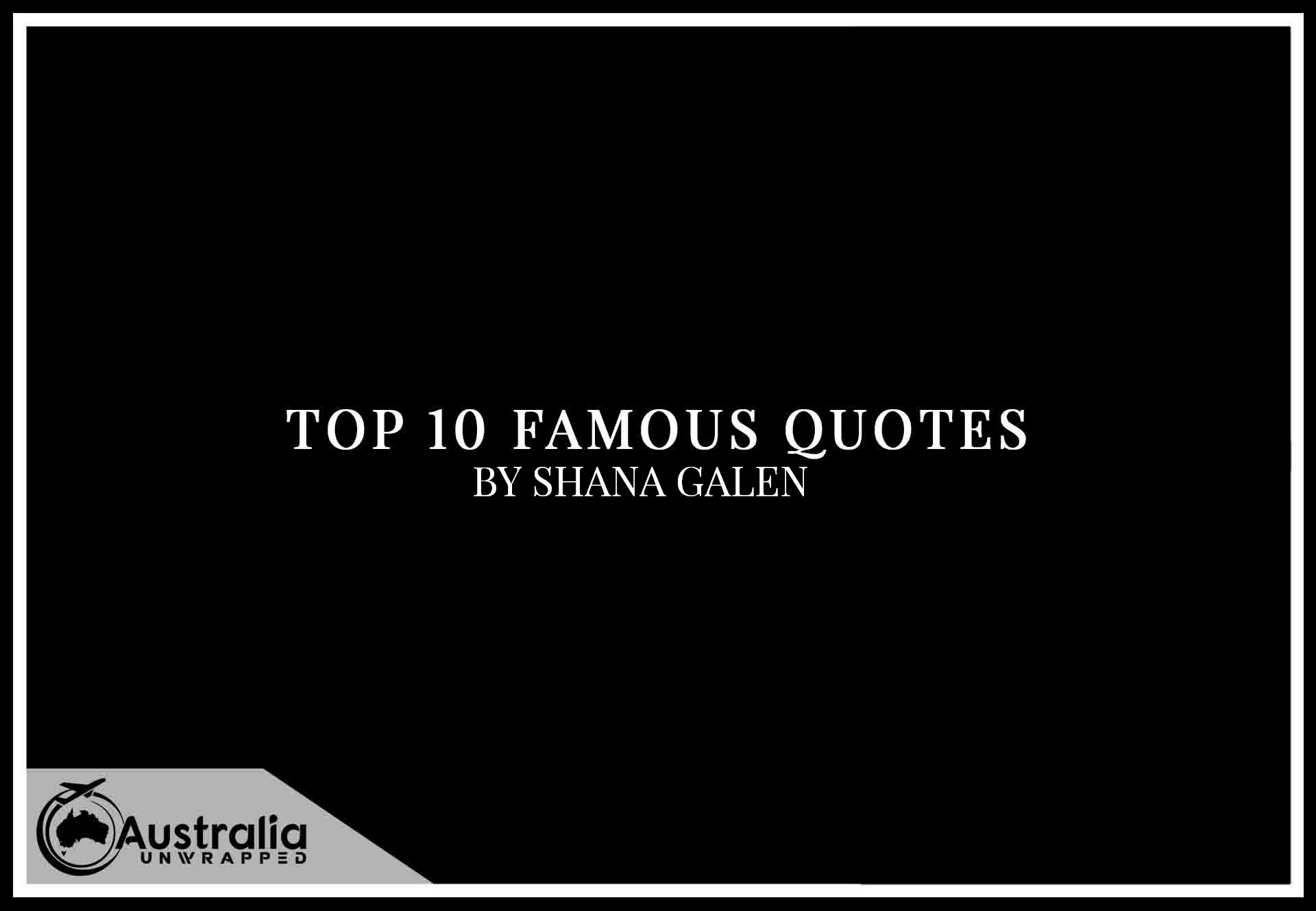 Love reading? Then it’s likely you will love a good quote from your favourite author. This article covers Shana Galen’s Top 10 Popular and Famous Quotes that we at Australia Unwrapped have collected from some of his greatest works. Shana Galen quotes to remember and here you will find 10 of the best. A memorable quote can stay with you and can be used along your journey. Choosing Shana Galen’s top 10 quotes is not easy, but here they are:

“Now breathe or I’ll do it for you.”
― Shana Galen, Sapphires Are an Earl’s Best Friend

“She slashed at him again.
“Is this your idea of foreplay?” he asked, ducking the knife. “Because I rather prefer something with costumes. You could be the saucy chambermaid”—he ducked again—”and I could be the frigid butler who needs warming up.”
“I’ll show you foreplay,” she spat.
He jumped back and narrowly avoided a knife slicing across the gut. He thought about kicking her in the chest—his feet were already bloody and numb from the walk here—but she was a woman, and he still believed in chivalry. “Very well,” he conceded, knocking a chair over and tossing it in her path. She had to jump to avoid it, giving him a moment to strategize.
“I’ll be the saucy chambermaid. But just this once. And I draw the line at frilly aprons.”
― Shana Galen, True Spies

“You prefer thieving to honest work?” “Honest work? How much do you pay your maids annually? Six pounds? Eight? I can make that in a month—in a night, if all goes well. I could make more than that as a beggar. Why do you think so many take to the streets, begging? Because honest work is hardly honest when the only one profiting is the rich man who owns the workplace.” She was right. Dane knew it, and he hated to accept”
― Shana Galen, Earls Just Want to Have Fun

“He felt her hands reach for his mask, untying it and removing it. He let her but stiffened when she ran a hand over his scarred cheek. “Did I hurt you?” “No. But you needn’t touch me there.” “I want to touch you everywhere.” He stilled, allowing her to caress his scar then place a soft kiss on it. He had the sense that she cherished him, every part of him, even the damaged, scarred parts he didn’t want anyone to see.”
― Shana Galen, Unmask Me If You Can

“Besides, I had to keep you alive,” Ewan said, thinking to make light of the situation and thereby erase some of the shadows from Neil’s eyes. “We couldn’t have the only virgin in the group dying before he bedded a woman.” As Ewan had wanted, Neil turned and scowled at him. “I’ve bedded women. I just haven’t performed one act.” “It made for a good rally cry. Protect the virgin!”
― Shana Galen, Third Son’s a Charm

“He loosened the breeches then tugged them down over his hips. Her eyes widened slightly, and she let out a shaky breath. “Should I put them back on?” “No.” She sat. “I suppose I’m not used to seeing a man. You’re larger than I expected.” “Since I’m being compared to a five-year-old, I won’t let your observations go to my head.”
― Shana Galen, Unmask Me If You Can

“Draven gave her a long look. “I see Lord Jasper chose well.” “I don’t understand.” “It’s obvious he cares for you, and I see why.” Her cheeks flushed warmly. “You’re braver than you look. What is that line from Shakespeare? And though she be but little, she is fierce.”
― Shana Galen, Unmask Me If You Can

“He really did want to leave her alone. Forever. Every time they crossed paths he became more and more entangled. He didn’t know why. It wasn’t as though she was charming or pleasant. But she was beautiful and seductive as hell. Damn it!” Chapter 7”
― Shana Galen, Traitor in Her Arms

“.” She looked down at him with eyes all but clouded over from pleasure. “You look like sin incarnate,” she said. “There’s a reason people keep sinning. Even when they know it’s wrong, it feels so very right.”
― Shana Galen, Unmask Me If You Can

“When love fills one’s heart, there should be no room for pride.”
― Shana Galen, When You Give a Duke a Diamond

10 quotes by Shana Galen there you go! It’s never an easy task picking the best quotations from great writers, so please if you disagree or have more to add, please comment and share your opinions. My 10 greatest Shana Galen quotes will likely be different from yours; however, that’s the best thing about them, each quote can mean something different to each person. So don’t wait, comment and shares your best Shana Galen Quote.

“Who are you?” asked the guard standing in front of the stairs leading up to the upper floors, leading to Elinor. Above, all was still silent. No one had thought to warn the girls working upstairs.
“Chambermaid,” Winn said ina ridiculously high voice. “I must warn the girls upstairs.” Winn risked a glance at the man and saw he looked skeptical. Bloody hell. What was he to do now? Women always needed help, and men seemed to enjoy helping them, so he added, “Can you help me?”
“I…” The man hesitated, and Winn considered that perhaps it was only attractive women men enjoyed assisting. Foncé’s man leaned closer, scrutinizing him, and Winn decided he’d better not take a chance.
“Oh, dear! Look at that!” he screeched, pointing behind the man. When the guard turned to look, Winn kicked him. The man fell against the stairs, and Winn fell on him, ramming his head into the wooden slats.
As the man’s eyes drifted closed, Winn muttered, “That’s for thinking I wasn’t pretty enough.”― Shana Galen, True Spies