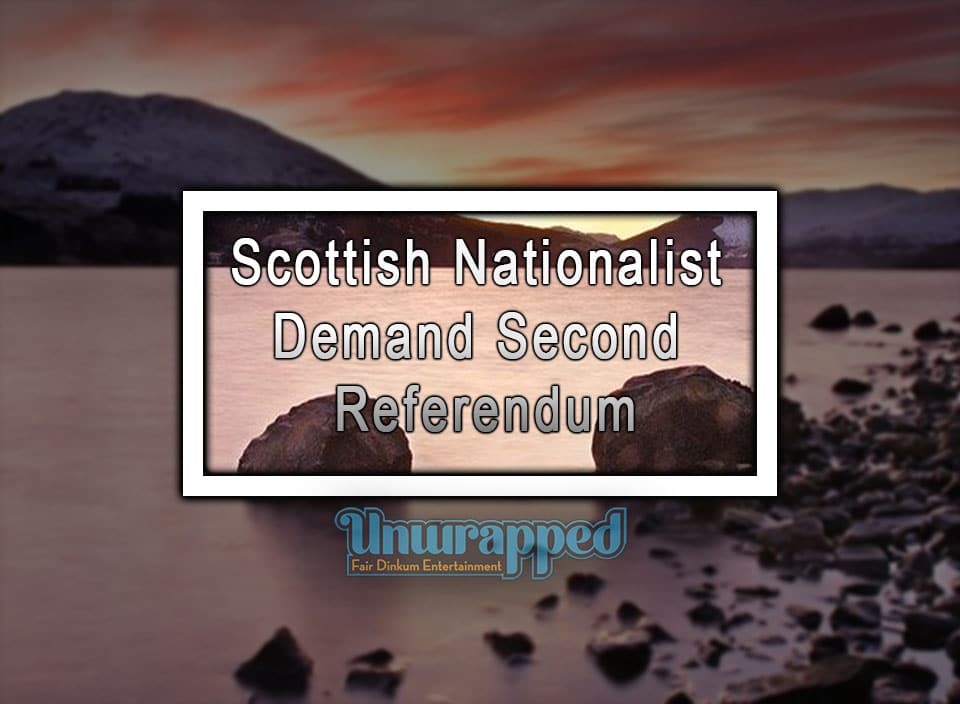 Scottish Nationalist Demand Second Referendum – After the Brexit Team won the Thursday referendum calling for British freedom from the EU, Twitter is now filled with tweets from Scots demanding for a second Scotland referendum that will be seeking for Scottish independence. The tweets are aimed at backing Nicola Sturgeon, the SNP leader, who said today that she will request for a new referendum within months.

During the referendum, two-thirds of Scottish voters chose to remain in the EU but due to an enormous revolt witnessed in Wales and Middle England, the UK chose to place a block on its relations with Brussels.

Ms Sturgeon said that the Scottish government will start the process of legislated a legal second referendum and the chances that the UK Government could impede them are “inconceivable.”

“There are no doubt circumstances since 2014 have changed. The option of a second referendum must be on the table and it is on the table,” she said.

Due to her intervention, Sinn Fein has also reacted calling for the Irish to be united considering that Northern Ireland vote was for the Remain Team.

Read More: A Conservative Party Minority: What Comes Next?

Here are some of the reactions by Scots on Twitter:

@SeanBattySTV says: “Any no voters who have switched to yes in Scotland should be welcomed with open arms. I have heard from many already.”

@SeanbattySTV on the other hand tweets: “Looks like the YES flags have been dusted off already. Saw quite a few hanging from the windows in Govan.”

Whereas on a general basis majority of the UK vote went to the EU Leave campaigners, the Scots overwhelmingly voted to remain. Ms Sturgeon said after the results that there is a “significant and material change in the circumstances in which Scotland voted against independence” in 2014.

Most of those who voted No now say that if a new referendum were to be held, they would have a change of heart.

Ms Sturgeon said: “As things stand, Scotland faces the prospect of being taken out of the EU against our will. I regard that as democratically unacceptable.”

As it looks like on social networks, most of the Scots are likely to change their heart due to the feeling of betrayal. Quoting @_The12thMan who says “I was firmly in the “No” camp for the Scottish Referendum, but England have proven their idiocy.” The Brexit win may go down as the day when the Scottish independence became inevitable.

This morning Ms Sturgeon’s predecessor as First Minister Alex Salmond said he was ‘quite certain’ Ms Sturgeon would ‘implement the manifesto’ because England is “dragging us out the EU.”

He said in order to prevent the possibility of forcing Scotland out of the EU, a second referendum needs to be called within a two-year time.

It will require around two years to withdraw from Brussels right from the time when Article 50 is triggered by the UK Government.

“From when that starting gun is fired, it’s a two-year period,” Mr.Salmon commented on the process of withdrawing.

He insisted that it is justified to have a second referendum saying that “So whatever that period is – two years, two-and-a-half years, that would have to be the timescale of the next referendum because what you would want to do is remain in the European Union while the rest of the UK moved out.”

Also See : No, Don’t Let Mps Have a Vote on Brexit – The Single Market is Brexit