Skip to content
You are here:Home / Russian Pilot of SU 24 Flanker Killed in Action a sad day for world peace and collaboration.

Reports coming out of Syria are that the Russian fighter pilots of the SU 24 2 man aircraft have been killed, following a valiant but unfortunately unsuccessful rescue attempt by Russia. However this tragic turn of events is of great concern, and diplomats must work fast to ensure a non-violent solutions can be met.
Contextually this incident has come after a rapid escalation in rhetoric between the two powers and Turkey had summoned the Russian ambassador on a number of occasions to discuss alleged incursions into Turkish air space. Turkey’s Foreign Ministry had also recently accused the Russians of targeting Turkmen villages in Syria, this had led to some heated exchanges via diplomatic channels and the world could not but help feel the tension ratcheting up.

NATO states “an attack on one Ally shall be considered an attack on all Allies”. This is obviously something the world needs to avoid a direct conflict!
Let’s examine what has been reportedly stated by the president of Russia Vladimir Putin and Turkey’s Prime Minister Ahmet Davutoglu in regards to the incident:
Examples are quotes taken from longer statements made by the respective parties; they are in no way aimed at mis-representation of the spoken word.
President Putin / Kremlin has reportedly stated
The loss today is a stab in the back, carried out by the accomplices of terrorists.
Today’s tragic event will have significant consequences, including for Russia-Turkish relations
Neither our pilots nor our jet threatened the territory of Turkey.
Our aircraft was downed over the territory of Syria, using air-to-air missile from a Turkish F-16.

The above statements clearly show emotion and passion, this is absolutely understandable due to the grief every countryman feels when they lose one of their own. However it could also potentially lead to an escalation and further misunderstandings, which we all know could lead to a dark path that none of us want to visit. We have to understand anger is a normal human response and some of this could be anger talking, diplomacy needs to take over now and begin third party mediation to prevent further escalation. Russia today has lost some of her Son’s, and as Russia morns their loss the world will Morn with them.
Prime Minister Ahmet Davutoglu has reported stated
We want the international community to know that we are ready for any kind of sacrifice when the security and life of our citizens and our border security are concerned.
The downing of a jet that had violated Turkish airspace today has to be seen in this context as well.
The Turkish response appears they are certain the SU 24 aircraft was violating their airspace and have reported that warning was given prior to the aerial engagement. However they have called a urgent meeting with NATO to discuss the incident. However it may also be a good diplomatic move to call Russia or invite them to the meeting in the spirit of co-operation.
The Russian president has stated that should the pilots die there will be very serious consequences, the news that is coming out of Syria at the moment would seem to confirm the world’s worst fears that the Russian air crew were killed as they attempted to drop to safety.
The world is in dire need to take a step back from the brink and talk, what has happened is an absolute tragedy, and no-one can bring back the fallen. As we walk into the dark, the unknown, we stand staring into the abyss know this there is hope and if our leaders can talk, co-operate and understand exactly what has happened hopefully this tragedy is not the beginning of a catastrophe.

President Putin
Prime Minister Cameron
President Obama
Prime Minister Turnbell
President Jinping
The people named above among other world leaders are capable and competent leaders and able to make tough decisions now, more than ever are their diplomatic skills going to be required to ensure an outcome that is not earth shattering. Everyone collectively hope on this day, that this is not the day a bad choice is going to be made that may affect us all.
Finally Australia Unwrapped sends its condolences to everyone who suffers loss, pain and bereavement, and to the families of the Russians who lost a child today, everyone is someone’s child. 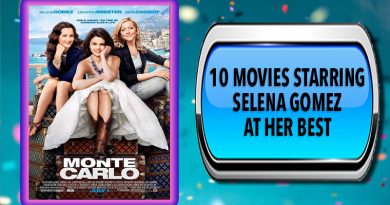 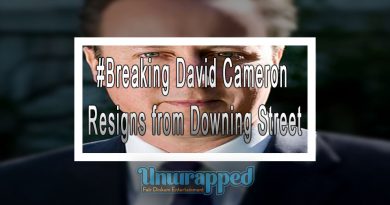 Samsung Galaxy S8 Will Be A Hit With Highest RAM