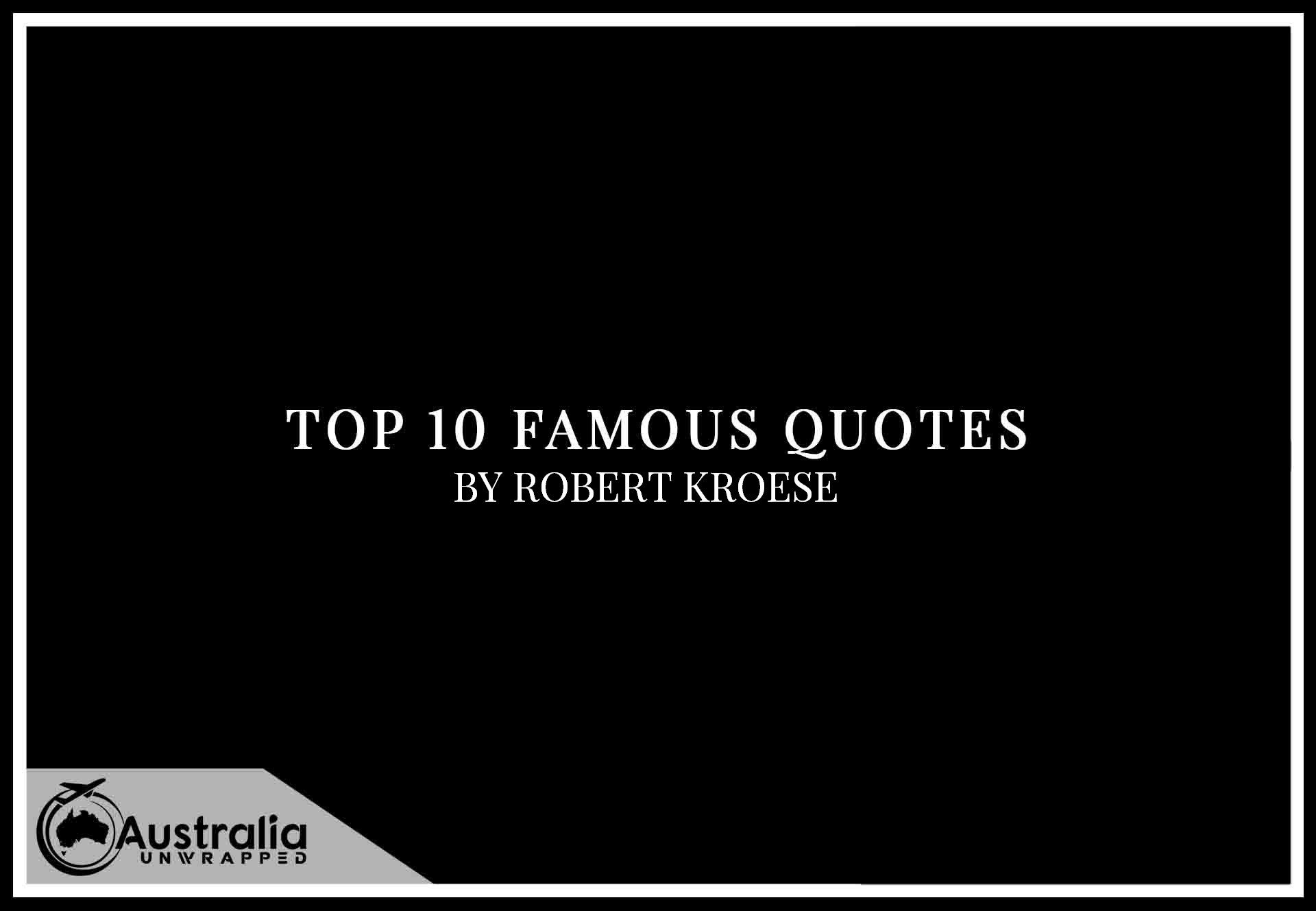 Robert Kroese, a writer whom I am guessing you love? Here are our 10 best  Robert Kroese quotes for you to enjoy. At Australia Unwrapped we believe every book has at least one quotable line, and our mission is to find them all. Here you will find  Robert Kroese’s top 10 popular and famous quotes. Like every good writer  Robert Kroese made a number of memorable quotes, here are some of our favorites:

Robert Kroese’s sense of irony was forged growing up in Grand Rapids, Michigan – home to the Amway Corporation and the Gerald R. Ford Museum, as well as the first city in the United States to fluoridate its water supply. In the second grade, he wrote a novel about Captain Bill and his spaceship Thee Eagle. This was the highest point in his academic career. After graduating from Calvin College with a philosophy degree in 1992, he failed a variety of jobs before moving to California where he stumbled into software development. In a job that required neither punctuality nor a sense of direction, he excelled. In 2009, he drew on his exhaustive knowledge of useless information and love of explosions to write his first novel, Mercury Falls. Since then, he has written 18 more novels.

More from the Author: https://amzn.to/3xwAOIC

“It was never a good thing when a bad guy started quoting Nietzsche.”
― Robert Kroese, The Big Sheep

“People of a “scientific” bent have been known to ridicule those, like Harry, who believe unlikely notions such as the idea that the Universe was created in six days and that the first human being was formed by God breathing into a lump of clay. It should be noted that the latest scientific theories entail that (1) all of the matter in the Universe was once compressed into an area smaller than the point of a pin; and (2) life came about when a chance collision of molecules accidentally lined up three million nucleic acids in exactly the right order to form a self-replicating protein.”
― Robert Kroese, Mercury Falls

“Declaring war on Skaal increased patriotism among the people, made them forget about all their other problems, killed off some of the excess population, often resulted in the acquisition of some valuable booty, and — most importantly — relieved Boric’s crushing boredom. It was too bad about the killing, of course, but most of the peasants were probably going to die of plague or starvation anyway.”
― Robert Kroese, Disenchanted

“These days she tended to think of herself as a Heisenbergian Christian: she believed in the broad outlines of Christianity, but she was unable to pinpoint the specifics of her creed. She was OK with the wave; it was the particles that tended to escape her.”
― Robert Kroese, Mercury Falls

“No actual productive work is done in the Courts of the Most High, but the staff of the Courts have the proud distinction of having prevented more work from being done on more planes than any other entity outside the United States Congress.”
― Robert Kroese, Mercury Falls

“This puzzling discrepancy prompted the development of the controversial cosmological theory known as the Strong Misanthropic Principle, which asserts that the universe exists in order to screw with us.”
― Robert Kroese, Starship Grifters

“…And I can’t promise anything, you understand, but there’s always a chance he’ll want to torture your boss anyway. Just recreationally, I mean.”
“Wow, that would be terrific,” I said.”
― Robert Kroese, Starship Grifters

“There is, of course, a lot of disagreement on Earth about whether demons actually exist, what they want, and how much of the tax code they are responsible for.”
― Robert Kroese, Mercury Falls

“That’s what people used to tell my parents,” Verne said. “Why ‘Verne’? they’d ask. And my parents would say, ‘No, he’s just small for his age.”
― Robert Kroese, Distopia

Quotes for all, here you found our selection of 10  Robert Kroese quotes. Make sure you help by commenting your best  Robert Kroese quote below and sharing our favorite authors so we can look them up, read some of their works and give you the best quotes we can find. We hope you enjoyed our top 10 quotes by  Robert Kroese. However, feel free to comment below if you disagree or would like to include some other great and memorable  Robert Kroese quotes in our list.

“I’d seen Rex pull this ruse before. The trick is to employ diplomatic-sounding generalities to cover his near-total ignorance. You’d think that any reasonably intelligent person would see right through it, but Rex’s uncanny confidence can be downright unnerving. To be honest, I’m not entirely certain he realizes it’s a ruse. He may just be deluded enough to think that he really does understand what’s going on, and somehow he manages to extend that delusion to include those in the immediate vicinity. As the originator of the delusion, he then becomes a sort of expert guide to those lost in its fog.”― Robert Kroese, Starship Grifters

More from the Author: https://amzn.to/3xwAOIC