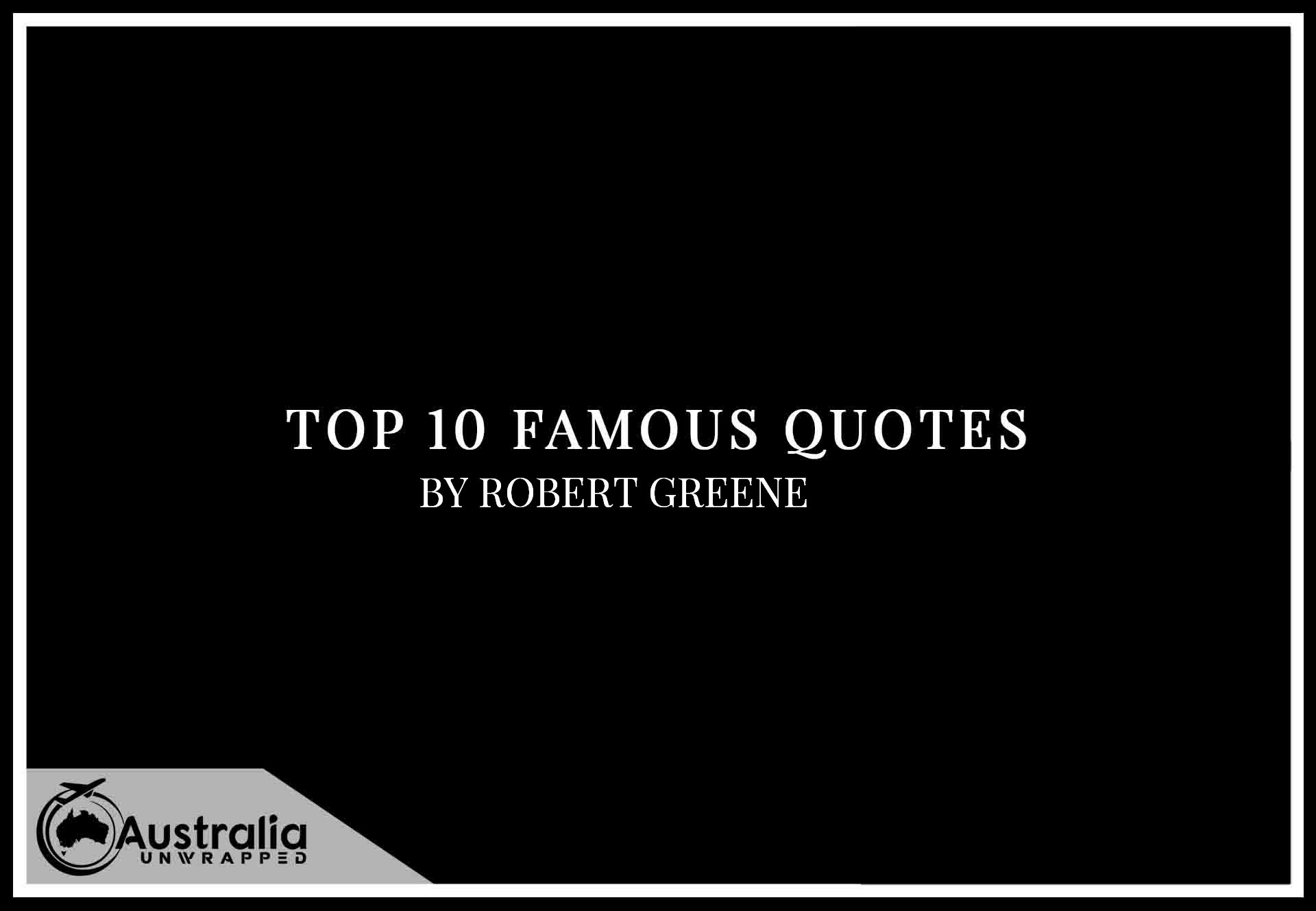 Robert Greene, a writer whom I am guessing you love? Here are our 10 best  Robert Greene quotes for you to enjoy. At Australia Unwrapped we believe every book has at least one quotable line, and our mission is to find them all. Here you will find  Robert Greene’s top 10 popular and famous quotes. Like every good writer  Robert Greene made a number of memorable quotes, here are some of our favorites:

Robert Greene is a best-selling author and public speaker born in Los Angeles. He attended U.C. California at Berkeley and the University of Wisconsin at Madison, where he received a degree in classical studies. He has worked in New York as an editor and writer for several magazines, including Esquire; and in Hollywood as a story developer and writer.

He has lived in London, Paris, and Barcelona, and he is a native speaker of several languages. He was involved in the planning and creation of Fabrica, an art school outside of Venice, Italy, in 1995. During this trip, he met Joost Elffers, the New York book packager, and discussed with him his idea for a book on power and manipulation, the ultimate modern version of Machiavelli’s The Prince.

More from the Author: https://amzn.to/3NBKUxj

“Keep your friends for friendship, but work with the skilled and competent”
― Robert Greene, The 48 Laws of Power

“Think of it this way: There are two kinds of failure. The first comes from never trying out your ideas because you are afraid, or because you are waiting for the perfect time. This kind of failure you can never learn from, and such timidity will destroy you. The second kind comes from a bold and venturesome spirit. If you fail in this way, the hit that you take to your reputation is greatly outweighed by what you learn. Repeated failure will toughen your spirit and show you with absolute clarity how things must be done.”
― Robert Greene, Mastery

If you make a show of going against the times, flaunting your unconventional ideas and unorthodox ways, people will think that you only want attention and that you look down upon them. They will find a way to punish you for making them feel inferior. It is far safer to blend in and nurture the common touch. Share your originality only with tolerant friends and those who are sure to appreciate your uniqueness.”
― Robert Greene, The 48 Laws of Power

Do not accept the roles that society foists on you. Re-create yourself by forging a new identity, one that commands attention and never bores the audience. Be the master of your own image rather than letting others define if for you. Incorporate dramatic devices into your public gestures and actions – your power will be enhanced and your character will seem larger than life.”
― Robert Greene, The 48 Laws of Power

Appearing better than others is always dangerous, but most dangerous of all is to appear to have no faults or weaknesses. Envy creates silent enemies. It is smart to occasionally display defects, and admit to harmless vices, in order to deflect envy and appear more human and approachable. Only gods and the dead can seem perfect with impunity.”
― Robert Greene, The 48 Laws of Power

“If you are unsure of a course of action, do not attempt it. Your doubts and hesitations will infect your execution. Timidity is dangerous: Better to enter with boldness. Any mistakes you commit through audacity are easily corrected with more audacity. Everyone admires the bold; no one honors the timid.”
― Robert Greene, The 48 Laws of Power

“When you show yourself to the world and display your talents, you naturally stir all kinds of resentment, envy, and other manifestations of insecurity… you cannot spend your life worrying about the petty feelings of others”
― Robert Greene, The 48 Laws of Power

“Do not leave your reputation to chance or gossip; it is your life’s artwork, and you must craft it, hone it, and display it with the care of an artist.”
― Robert Greene, The 48 Laws of Power

“Many a serious thinker has been produced in prisons, where we have nothing to do but think.”
― Robert Greene, The 48 Laws of Power

Quotes for all, here you found our selection of 10  Robert Greene quotes. Make sure you help by commenting your best  Robert Greene quote below and sharing our favourite authors so we can look them up, read some of their works and give you the best quotes we can find. We hope you enjoyed our top 10 quotes by  Robert Greene. However, feel free to comment below if you disagree or would like to include some other great and memorable  Robert Greene quotes in our list.

“Never assume that the person you are dealing with is weaker or less important than you are. Some people are slow to take offense, which may make you misjudge the thickness of their skin, and fail to worry about insulting them. But should you offend their honor and their pride, they will overwhelm you with a violence that seems sudden and extreme given their slowness to anger. If you want to turn people down, it is best to do so politely and respectfully, even if you feel their request is impudent or their offer ridiculous.”― Robert Greene, The 48 Laws of Power

More from the Author: https://amzn.to/3NBKUxj