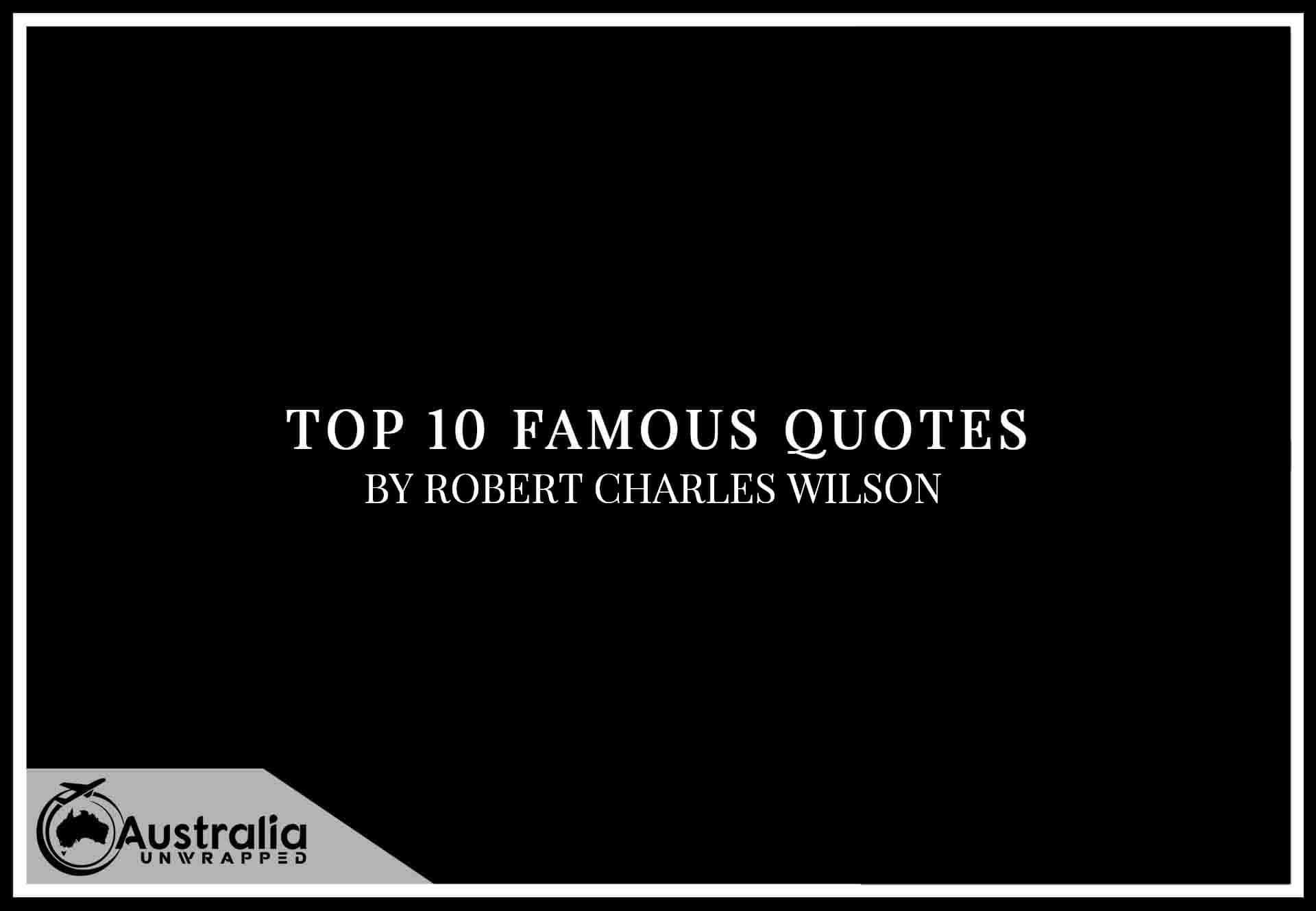 Since 1986, when my first novel A Hidden Place was published, I have been writing science fiction professionally. My fiction includes Darwinia, Blind Lake, and Spin, winner of the Hugo Award. My latest novel is The Affinities (April 2015).

More from the Author: https://amzn.to/3tu4OSM

“But the world is what it is and won’t be bargained with.”
― Robert Charles Wilson, Spin

“I want a better Bible, Adam. I want a Bible in which the Fruit of Knowledge contains the Seeds of Wisdom, and makes life more pleasurable for mankind, not worse. I want a Bible in which Isaac leaps up from the sacrificial stone and chokes the life out of Abraham, to punish him for the abject and bloody sin of Obedience. I want a Bible in which Lazarus is dead and stubborn about it, rather than standing to attention at the beck and call of every passing Messiah.”
― Robert Charles Wilson, Julian Comstock: A Story of 22nd-Century America

“There are so many kinds of time. The time by which we measure our lives. Months and years. Or the big time, the time that raises mountains and makes stars. Or all the things that happen between one heartbeat and the next. Its hard to live in all those kinds of times. Easy to forget that you live in all of them.”
― Robert Charles Wilson, Spin

“Children wear their natures like brightly-colored clothes; that’s why they lie so transparently. Adulthood is the art of deceit.”
― Robert Charles Wilson, The Chronoliths

“I won’t put my ignorance on an altar and call it God. It feels like idolatry, like the worst kind of idolatry.”
― Robert Charles Wilson, Darwinia

“We’re all born strangers to ourselves and each other, and we’re seldom formally introduced.”
― Robert Charles Wilson, Spin

“Words like anchors, tethering boats of memory that would otherwise be settled by the storm.”
― Robert Charles Wilson, Spin

“You must not make the mistake of thinking that because nothing lasts, nothing matters.”
― Robert Charles Wilson, Julian Comstock: A Story of 22nd-Century America

“We’re as ephemeral as raindrops. We all fall, and we all land somewhere.”
― Robert Charles Wilson, Spin

“Stick out your arms,” he’d say, “straight out at your sides,” and when he had you in the appropriate cruciform position he’d say, “Left index finger to right index finger straight across your heart, that’s the history of the Earth. You know what human history is? Human history is the nail on your right-hand index finger. Not even the whole nail. Just that little white part. The part you clip off when it gets too long. That’s the discovery of fire and the invention of writing and Galileo and Newton and the moon landing and 9/11 and last week and this morning. Compared to evolution we’re newborns. Compared to geology, we barely exist”― Robert Charles Wilson, Spin

More from the Author: https://amzn.to/3tu4OSM