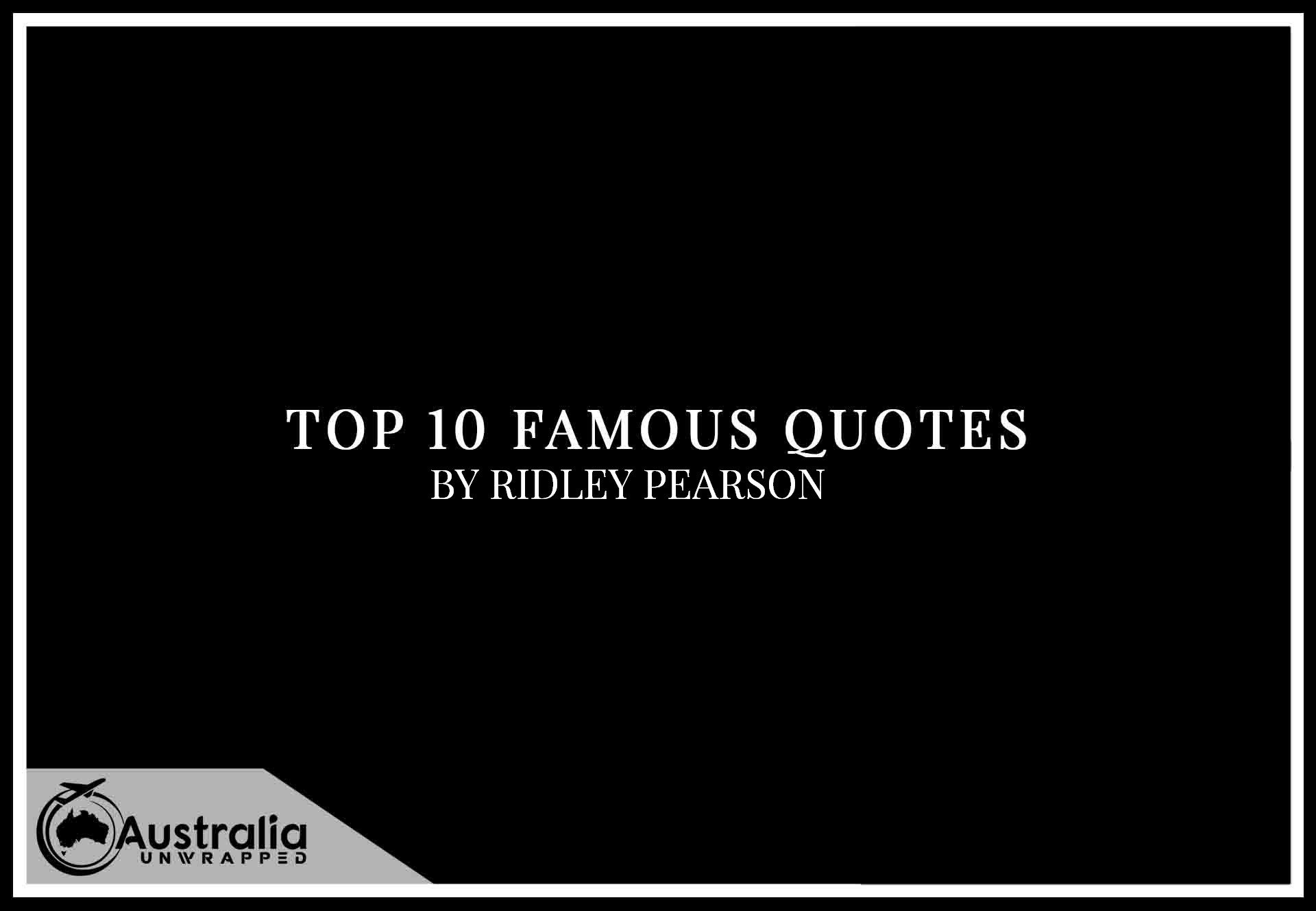 Ridley Pearson, a writer whom I am guessing you love? Here are our 10 best  Ridley Pearson quotes for you to enjoy. At Australia Unwrapped we believe every book has at least one quotable line, and our mission is to find them all. Here you will find  Ridley Pearson’s top 10 popular and famous quotes. Like every good writer  Ridley Pearson made a number of memorable quotes, here are some of our favorites:

Mr. Pearson is the author of more than 50 novels, including the New York Times bestseller Killer Weekend; the Lou Boldt crime series; and many children’s books, such as Peter and the Starcatchers, Peter and the Shadow Thieves, and Peter and the Secret of Rundoon, which he co-authored with Dave Barry. The Pearson family lives in Missouri and Idaho with their two daughters.

More from the Author: https://amzn.to/39ira2U

“There’s a fine line between imagination and reality. An inventor dreams something up, and pretty soon, it’s there on the table before him. A science-fiction writer envisions another world, and then some space probe finds it. If you believe in something strongly enough, I think you can make it happen.”
― Ridley Pearson, Disney After Dark

“The boys had asked why, if it acted slowly, was it called quicksand. The Mollusks had replied that, as far as they were concerned, most English names for things were silly. The word that they used for quicksand was a deep grunt that translated roughly to “uh-oh.”
― Ridley Pearson, Peter and the Shadow Thieves

“Especially with four insanely angry, sword-carrying pirates bearing down on you, followed closely by an alien with a genetic malfunction that posed like Elvis Presley and looked slightly like a cross between a koala and a cuddly dog.”
― Ridley Pearson, Disney in Shadow

“He likes you, too.” Finn repeated. “And don’t tell me to shut up.”
“Shut up!”
-Kingdom Keepers, Shell Game”
― Ridley Pearson

“If you don’t believe in yourself, who will?’ ~Maybeck”
― Ridley Pearson, Disney After Dark

“What do you care more about? The kids or your hair?”
― Ridley Pearson, Disney at Dawn

“Smee, you are a supreme idjit.”
“Aye, Cap’n.”
― Dave Barry and Ridley Pearson

“Being a fiction writer is really like being an actor, because if you’re going to write convincingly it has to sound right and play right. The only way that works is to emotionally and technically act out and see the scene you’re in.
There’s no better job in the world, because when I sit down at that computer I’m the world’s best forensics expert, if that’s what I’m writing about that day. Or I’m some crazed psycho running down a dark alley.
Or I’m a gorgeous woman looking to find a man that night. Whatever! But I’m all of those things, every day. How can you beat that?”― Ridley Pearson

More from the Author: https://amzn.to/39ira2U