Skip to content
You are here:Home / Richard Phillips’s Top 10 Popular and Famous Quotes 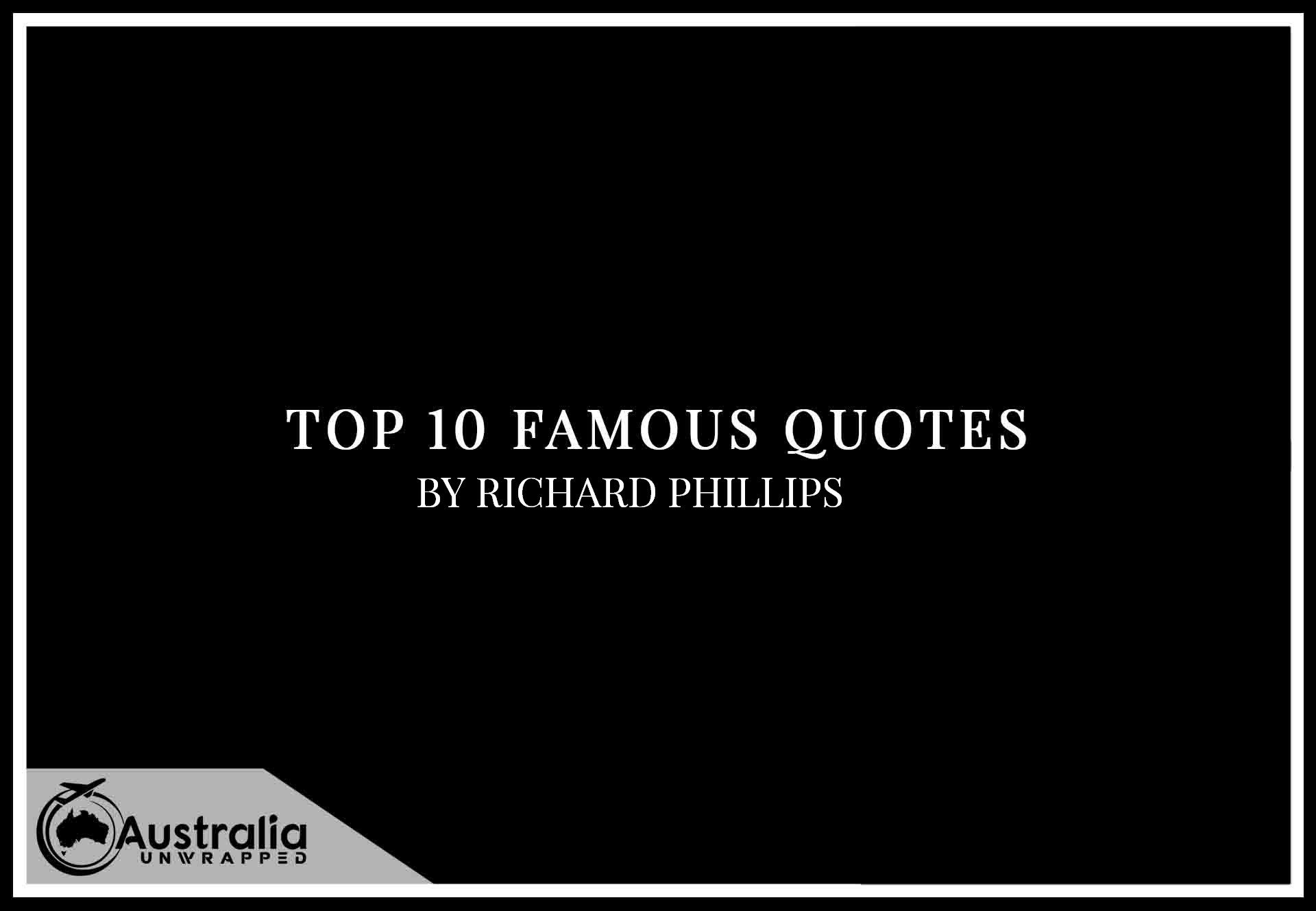 Richard Phillips, a writer whom I am guessing you love? Here are our 10 best  Richard Phillips quotes for you to enjoy. At Australia Unwrapped we believe every book has at least one quotable line, and our mission is to find them all. Here you will find  Richard Phillips’s top 10 popular and famous quotes. Like every good writer  Richard Phillips made a number of memorable quotes, here are some of our favourites:

“allowed him to view the scene from any angle,”
― Richard Phillips, Immune

“Look, just producing energy cleanly doesn’t clean up the environment. Energy is the fuel of consumption, and rampant consumption is what drives the train of environmental destruction. This promise of clean, cheap energy is the siren sitting on a rocky shoal, calling us all toward an ecological shipwreck. It says, produce more. Consume more. No need to fret or worry about conservation.”
― Richard Phillips, The Second Ship

“Though I will not hesitate to come to their aid, the world we live in is a treacherous place, and I will not shelter my children from the glorious dangers that the adventurous confront.”
― Richard Phillips, Prophecy’s Daughter

“Oh, my love,” she gasped. “We are going to have to work on your romantic responses. A vow of mass homicide isn’t commonly considered poetic crooning.”
― Richard Phillips, Prophecy’s Daughter

“No matter how badly she hurt, it all boiled down to putting one foot in front of another and repeating that process over and over.”
― Richard Phillips, Immune

“This world will try to beat you down. Only laughter can counteract that. Laughter is ammunition. Resupply often.”
― Richard Phillips, Wormhole

“If there was one thing he hated more than having no one to argue with, it was winning the argument too quickly.”
― Richard Phillips, Mark of Fire

“Denise had been at the heart of the program from its beginnings in the late twentieth century,”
― Richard Phillips, Wormhole

“was a crime that this great country lost the will that had driven it to greatness. The fungus of apathy had crept in, an insidious infestation cloaked in self-satisfaction, a sense that things were good enough, that the country could rest on its laurels. Robbed of a unifying sense of purpose, it gradually surrendered its precious sovereignty to the nattering nabobs at the United Nations.”― Richard Phillips, Once Dead