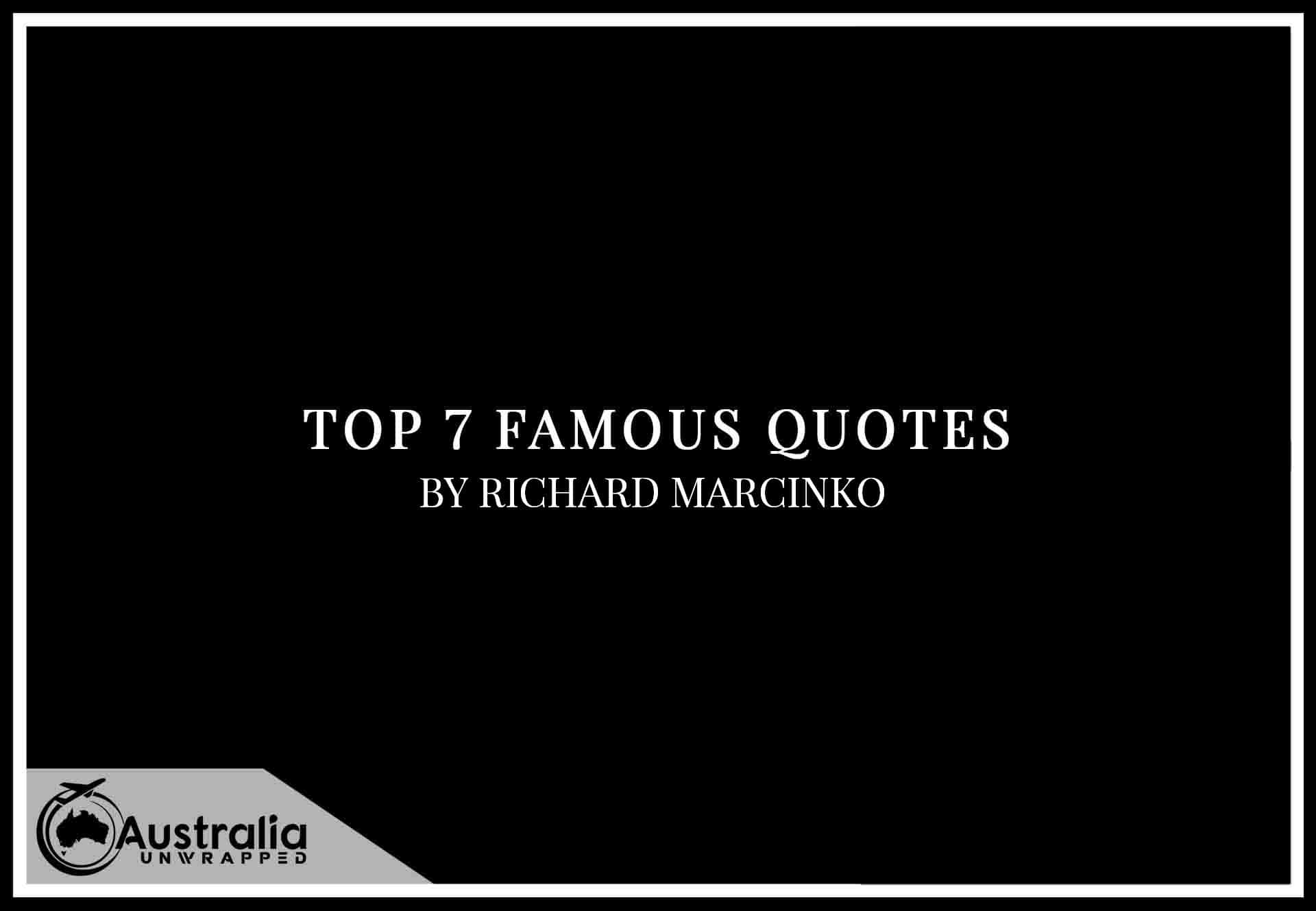 Richard Marcinko, a writer whom I am guessing you love? Here are our 7 best  Richard Marcinko quotes for you to enjoy. At Australia Unwrapped we believe every book has at least one quotable line, and our mission is to find them all. Here you will find  Richard Marcinko’s top 7 popular and famous quotes. Like every good writer  Richard Marcinko made a number of memorable quotes, here are some of our favorites:

He is the author of Rogue Warrior thrillers and an award-winning hero who has been honored with a silver star and four bronze stars. He has also received two Navy Commendation medals and other honors. After serving in Vietnam, he started and led SEAL Team 6, as well as Red Cell, a high-level anti-terrorist unit. Marcinko is the president of a private international security firm and lives in Warrington, Virginia.

More from the Author: https://amzn.to/3QmqPg8

“The Navy’s caste system has the reputation of being about as rigid as any in the world. The first thing most Navy officer do when they meet you is look at your hands to see whether or not you’re wearing a Naval Academy class ring. If you do, then you’re about of the club. If you don’t, then you’re an untouchable. I was the original untouchable. The only things I wore on my knuckles were scars.”
― Richard Marcinko, Rogue Warrior

“We were in the process of gearing up for some new business ventures in Eastern Europe, and I was more than a little interested in finding out about what the new crop of recruits looked like. But before I could ask for a detailed report, Rogue Manor’s early-warning radar began sounding an intruder alert.”
― Richard Marcinko, Dictator’s Ransom

“The goddamn Air Force was probably taking a coffee break. That’s how they worked—like union bus-drivers—most of the time. Six or seven hours of flight time (not to exceed this or that altitude, of course), and then it was bye-bye for a didy change, a nap, and a cup of cocoa.”
― Richard Marcinko, Red Cell

“we were all driven by something that pushed us further than others dared to go. We were mission oriented and would do what we had to do to achieve it.”
― Richard Marcinko, Red Cell

“Pain was their body’s way of telling them that they’d pushed themselves to their limits — which was exactly where they were supposed to be.”
― Richard Marcinko, Rogue Warrior

“Experience had taught me that warthogs who tough it out are better in combat than your natural gazelles.”
― Richard Marcinko, Red Cell

“The more you sweat in training, the less you bleed in combat.”
― Richard Marcinko, Rogue Warrior

More from the Author: https://amzn.to/3QmqPg8