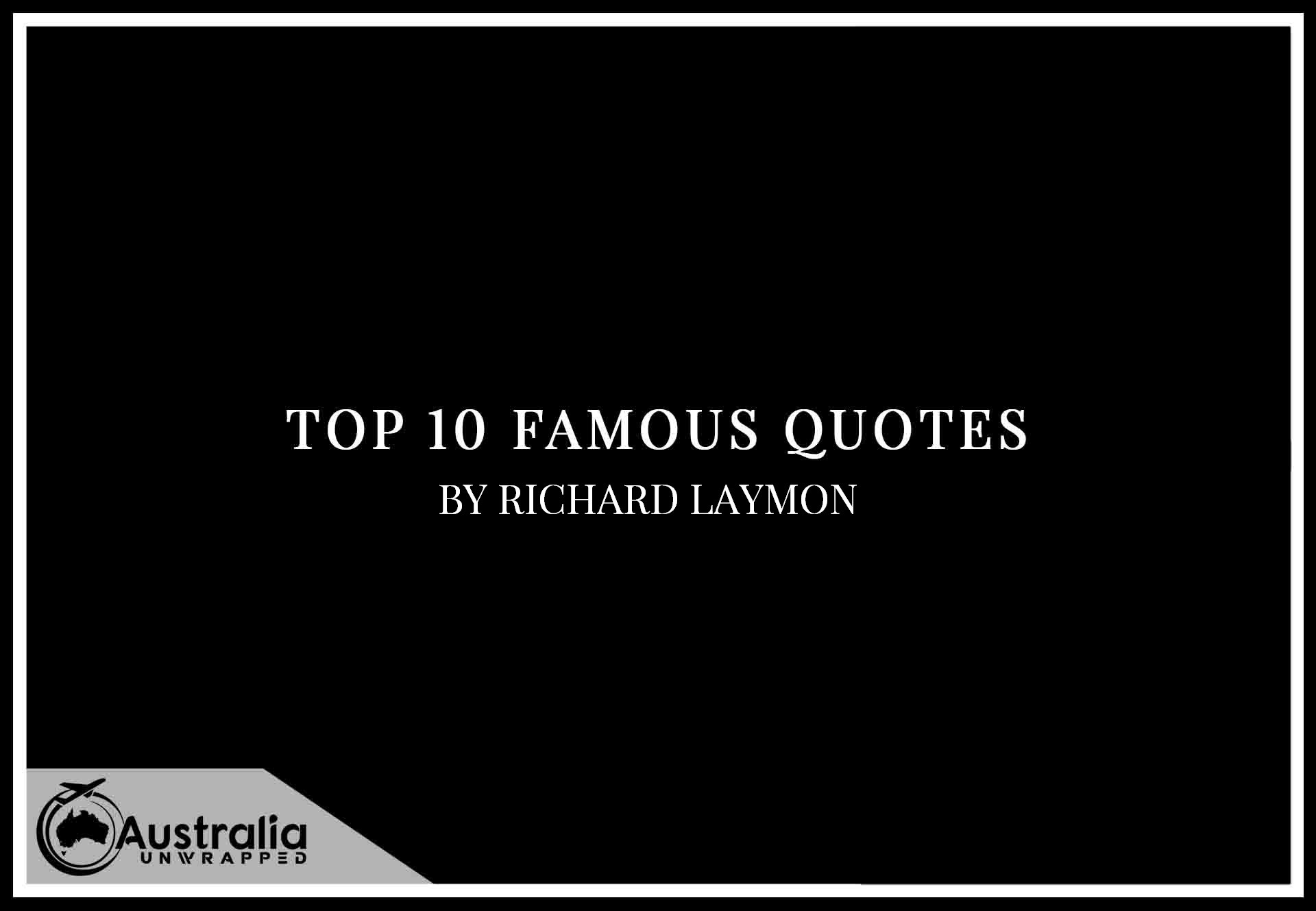 Richard Laymon, a writer whom I am guessing you love? Here are our 10 best  Richard Laymon quotes for you to enjoy. At Australia Unwrapped we believe every book has at least one quotable line, and our mission is to find them all. Here you will find  Richard Laymon’s top 10 popular and famous quotes. Like every good writer  Richard Laymon made a number of memorable quotes, here are some of our favorites:

Richard Laymon was born in Chicago and raised in California. He graduated from the Willamette University in Oregon with a BA in English Literature and of the Loyola University of Los Angeles with an MA. A former schoolteacher, librarian, and report writer for a law firm, he wrote more than thirty acclaimed novels.

In addition, he published more than sixty short stories in magazines such as Ellery Queen, Alfred Hitchcock, and Cavalier, and in anthologies such as Modern Masters of Horror.

More from the Author: https://amzn.to/3NPBiiJ

“The great times are often that way. In the middle of everything, you suddenly realize that you’re having a perfect, golden experience. And you realize how few they are. And how this one is bound to end too soon. You know that it will always be a wonderful memory, that the loss of it will give you a soft ache in the heart. This”
― Richard Laymon, Island

“next week we have a bunch of horror writers coming from all over the world. That’ll be one whole week, fully catered, and pre-paid bar. Those horror writers drink like fshes. Just their beer bill’s gonna pay for the upkeep of this place for six months. Motel business is a great business to be in, my boy.”
― Richard Laymon, The Glory Bus

“Wielding a hammer, however, you’re at the very heart of the experience, being flooded with wonderful sensations that simply can’t be yours if you use a firearm. Now, you might be asking yourself how I came to discover the splendors of hammer attack. I’ll tell you. You won’t want to hear it, though.”
― Richard Laymon, The Museum of Horrors

“Gonna get me one of them Jeep Cherokees with the four-wheel drive, and go all over the whole country in it.”
― Richard Laymon, Body Rides

“Killing, resurrecting, living with a zombie. Even if she could accept all that,”
― Richard Laymon, Resurrection Dreams

“Horror writers are specialists in the worst-case scenario.”
― Richard Laymon

“Now you got us whammied with the curse of squirmy death.”
― Richard Laymon

“Just call me the Boswell of the Krull Gang.”
― Richard Laymon, Endless Night

“Except I think it feels more like an empty stomach than a broken heart. An aching hollowness that food can’t cure. You know. You’ve felt it yourself, I bet. You hurt all the time, you’re restless, you can’t think straight, you sort of wish you were dead but what you really want is for everything to be the same as it was when you were still with her.. or him”― Richard Laymon, Night in the Lonesome October

More from the Author: https://amzn.to/3NPBiiJ