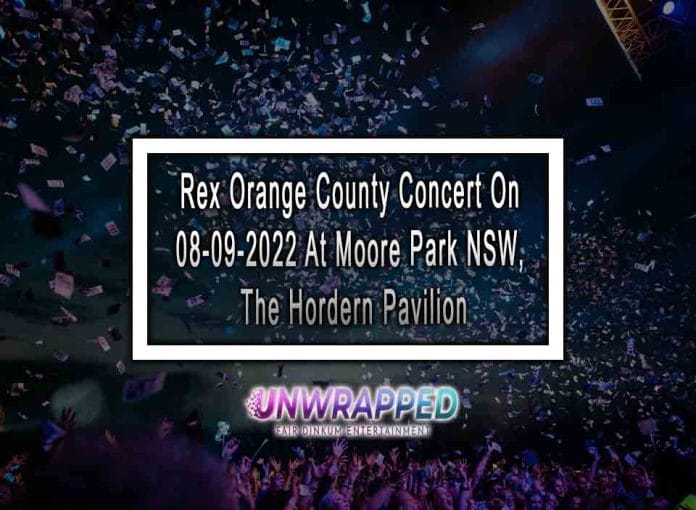 We are pleased to announce that Rex Orange County will be visiting Australia in September 2022, with gigs in Sydney, Brisbane, Adelaide, Melbourne, and Perth among the stops. This announcement comes days before the release of Rex Orange County’s new album, WHO CARES?, which will be released on Friday, 11 Mar, and will be the first time the upbeat singer-songwriter has visited Australia in almost three years.

Along with announcing his album, Rex also unveiled the album’s lead track, ‘KEEP IT UP,’ and its accompanying video. Rex Orange County’s 2020 Australian gigs were sold out; however, owing to COVID-19, they had to be canceled and ticket holders reimbursed. There’s little question that his 2022 gigs will be just as popular, so if you want to see the energetic crooner in action, get your tickets now!

Following the release of songs ‘Keep It Up’ and ‘Amazing,’ ‘Who Cares?’ will be released next Friday. ‘Open A Window,’ new collaboration with Tyler, The Creator, will also be featured on the album. It is the first time the British singer and the American rapper have collaborated since the latter’s 2017 album ‘Flower Boy.’ ‘Pony,’ O’Connor’s most recent album as Rex Orange County, was published in 2019.

Rex Orange County is the potential stage name of Alexander James O’Connor, an English singer, and songwriter. Following many appearances on Tyler, the Creator’s Grammy-nominated album Flower Boy, O’Connor rocketed to notoriety in 2017. O’Connor’s music has been described as “a vibrant combination of hip-hop, jazz, and bedroom pop” by NPR Music contributor Zoe Jones. O’Connor has three studio albums, Apricot Princess (2017), Pony (2019), and Who Cares? (2022) and a live CD, Live at Radio City Music Hall (2020).