The RBA has decided to keep interest rates a record low of 2%. This decision to maintain interest rate for another month was taken at the last monthly meeting. Even weakened prices and a steady growth rate was not enough to convince the RBA to do otherwise. While this is in line with the predictions made by economists earlier, there are still rumours of expected changes before the year ends. This decision comes at a time when the effects of APRA rules are being felt in the market.  Industry reports say that auction clearance in Melbourne and Sydney fell to about 70%.

What does RBA decision means for property buyers?

Simply put low interest is going to drive the continuous demand for property. Industry experts say that the low rate of inflation and the position of the Australian dollar against the US dollar give the RBA leeway to keep interests rates low.

Data from the housing market suggest that business is slowing down with auction clearance falling to the 70% range. However, thanks to an increase in the number of houses available for sale, buyers now have wider choices and most can afford to take their time when looking for a house to buy.

The effect of low interest rates

Thanks to the rate of interest being so low, people are encouraged to borrow more.  Comparison site sitefinder.com.au reported that the number of home loans granted had increased during this period than in the last twelve months. As buyers jump in to take advantage of low interest rates, financial experts warn them not to become too comfortable with the low rates as there are expected rise next year.

Low rates have meant borrowers can afford to borrow more to buy a house. However, with impending rise on the horizon, taking huge amounts on home loans may not be exactly wise. Industry experts advise potential home buyers to do research on the market and make projections on loans based on a contingency of 2-3% increase. They should only go for loans that they will consider comfortable even if interest rates were to rise by 2 or 3 percents.

A review released by CoreLogic RP Data shows that the Australian residential property market still has the best value when it comes to Australian real estate. Most of the growth in the housing market has been driven by cities like Melbourne and Sydney. Growth in Sydney was recorded at up to 18.5% while that in Melbourne stood at 11.5%. Other cities like Brisbane and Adelaide also recorded modest growth in the range of 3.9% and 2.4 % respectively.

As the year runs to a close and interest rates still at record low, borrowers have been taking advantage of the interest rates and going for larger mortgage amounts. However, every buyer should understand that these rates are not going to last forever. There are already rumours of potential increase in interest rates next year. This should serve as a warning sign for most new buyers who are most likely to go for very large amounts. Borrowers should honestly assess their borrowing capacity while taking into consideration any potential rise in interest rates. 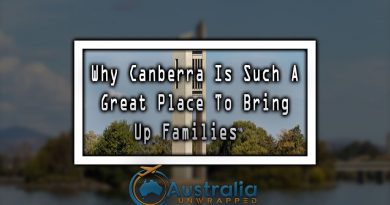 Consumerism is killing the planet!