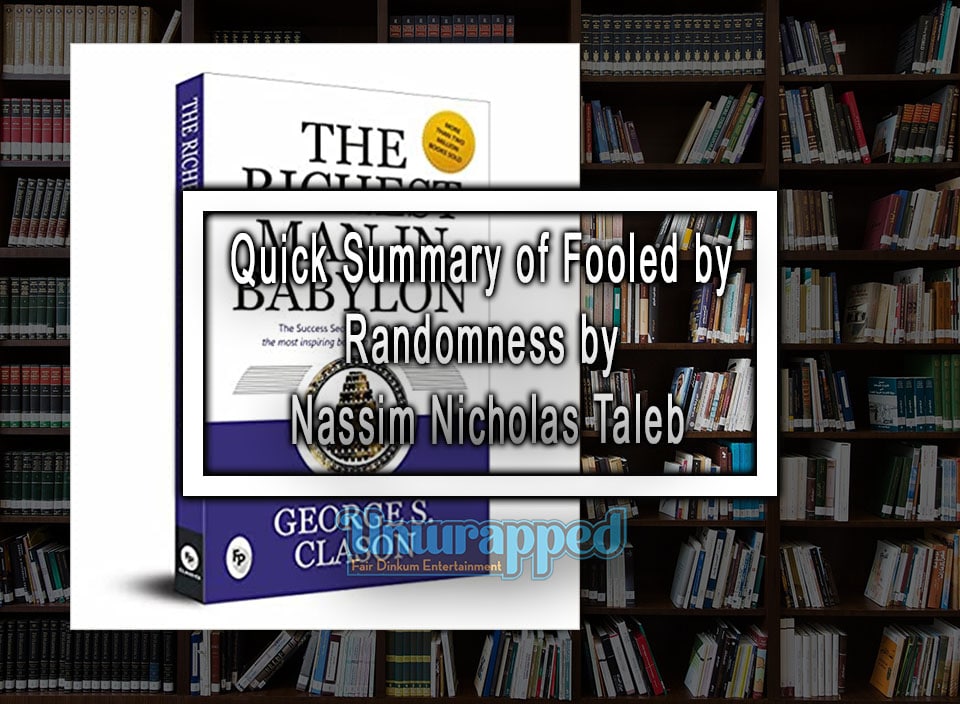 What did I like about the book? The vehement support of the author of patience and consistent hard work.

Often, a person works hard, is sincere, and has the knowledge, yet some unforeseen factor does not show the desired result. Who to blame now in such a situation? These factors could be randomness, chance, and luck. The writer asserts these factors make an effect howsoever diligent one may be. It is human nature to keep them flourishing in memory while forgetting the failures. A minor success may come to a person by doing hard work and good skilled, but a big win always had unique attributes in luck.

Taleb highlights Chapter 11 and says that this chapter has all the literature on probability and its miscalculation. A complex problem or issue should be dealt with seriously rather than solve the issue, making it as simple; otherwise, such an approach may show dangerous outcomes.

Leadership and its mass appeal are because of social emotions. The various factors which make a leadership program are charisma in the person. The certainty and uncertainty rule situations always. His sincere advice is to defend a person with defensive tools like insurance cover to cover themself from terrible RANDOM accidents.

It is human nature to overvalue a behaviour influenced by an emotional response. Hence the unemotional behaviour is undervalued. Again the writer states that sensational stories are always overvalued. The writer mentions an anecdote made by the Swiss of an amnesia patient who remembered his doctors pricking her hand with pain but did not remember the doctor’s name.

The writer advocates for old and distilled thoughts as more dependable rather than new ideas, as they still have to be put to the litmus test of time. It is not so that new thinking is absurd. Many new thoughts will also pass through the litmus test, but not all. So it is everybody’s wish to trust the distilled information, the concepts that stand the test of time and rigorous analysis rather than news, opinions.

The writer finds no evil in losing, but losing in a proposition may land the investor to a point where there is no return. Hence, a defensive mechanism must also be planned similarly.

Elaborating the term randomness, the writer says that anything that works short, medium success may not prove beneficial in the long term.

The writer sincerely advises a person to work with patience on ideas and gradually bring out value. The writer says amazingly that science is speculation. In the writer’s opinion, scientists create conjectures which may prove incorrect just by one random event.

Also See: Having Financial Problems? Here Are Some Helpful Solutions

Stay Connected
46,670FansLike
5,664FollowersFollow
840FollowersFollow
Previous articleShort Review of The Richest Man in Babylon by George S. Clason
Next articleQuick Summary of The Art of Happiness by The Dalai Lama