Skip to content
You are here:Home / Prevent Your Senior Loved-One From Becoming Another Home-Injury Statistic 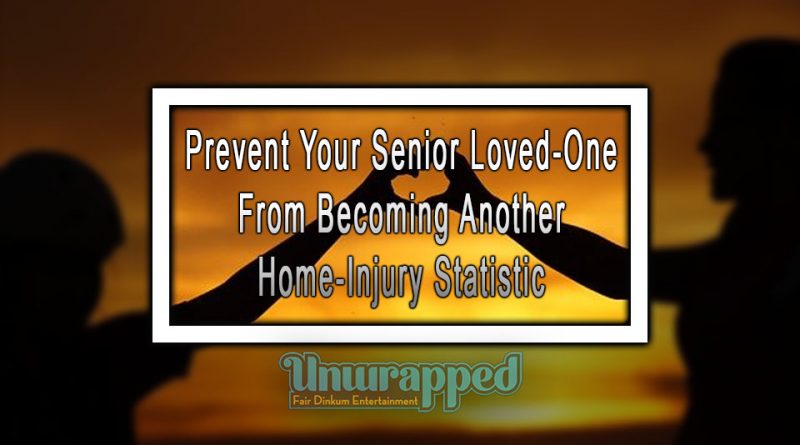 Prevent Your Senior Loved-One From Becoming Another Home-Injury Statistic

Everyone wants to feel safe in their homes but despite making the effort to ensure our own safety and that of our loved ones around the home, injuries still occur.  It is estimated that adults older than 65 account for 40% of hospitalisations due to home injuries although they only make up 13% of Australia’s population. Having a safe and secure environment to live in is of paramount importance to both the elderly and those who care about them.  Most seniors try to hold on to their independence while still maintaining a sense of community, for as long as possible, an effort which can be supported by making use of a range of technological aids that can boost the level of safety within their homes.

As the Australian population ages, emergency response units are becoming commonplace in the homes of the elderly. The wearable devices are becoming increasingly sophisticated with many models boasting features such as fall detection that will alert a call center of a detected fall even if the user did not press the button. An electronic pill dispenser is another device that can help Australian seniors remain independent at home. It is imperative that elderly people take their medication properly but it can be somewhat of a daunting task, especially with large prescriptions. Electronic pill dispensers allow a caregiver to load up to 4 weeks’ worth of pills into the dispenser, setting the dosages as required. When a dose is due an alarm will sound, giving the senior access to the required medication. If the medication is not taken at the prescribed time, a notification will be sent to a predetermined number or email address, alerting a caregiver of what is transpiring.

Walkways and bedrooms are generally the darkest areas of a house, and also the ones that hold the most dangers. When it is dark, it becomes increasingly easy to lose one’s footing and fall – a huge fear for the elderly who often suffer broken hips and concussions from falls inside the house. Many seniors feel that they don’t require additional lights, or may simply forget to switch them on. Motion-sensor lights are a terrific addition to any home as they eliminate the need to physically flip a light switch and can easily be used to light up any dark hallways, staircases and even closets or pantries.  A lot of night-time falls occur to or from the bathroom and can be largely avoided with proper lighting.

According to the Metropolitan Fire Services, 4 out of 5 Australian house fires originate in the kitchen.  Kitchen safety should be a priority in every home, but especially in houses where senior citizens reside as they tend to forget things, such as having food on the stove or in the oven, a lot easier.  Smoke alarms, especially those that send out smartphone notification, and sprinklers are extremely important when it comes to basic home safety. Although these devices are very effective, they only kick in once the fire has already started.

There are a number of devices available on the market that will detect unusual cooking habits, such as leaving a pot unattended on the burner for hours, and either sound an alarm, turn off the stove, or both.  The aim of these devices is to alert a senior (or family member) of possible dangers before a fire starts or toxic gases are released, preventing potentially harrowing consequences.

The age-old saying ‘prevention is better than cure’ is a very valuable rule to live by, especially where caring for the elderly is concerned.  Day-to-day living poses an increasingly-big risk as we age with even the most mundane tasks becoming potentially dangerous. Luckily an increasing number of technological advances in senior care, such as those mentioned,  are making it increasingly easy to keep the most vulnerable members of the community safe and independent in their own homes.

Also See : Does Business for the Deadly Combination of ML & IoT in 2020?