Skip to content
You are here:Home / Port Arthur Australian Massacre 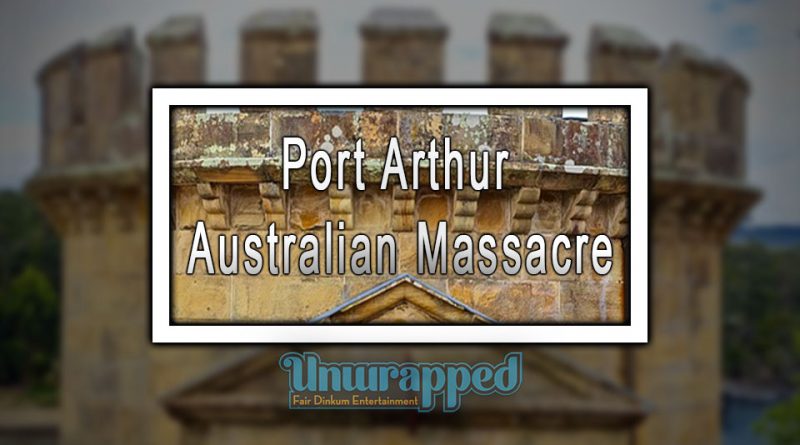 Port Arthur Australian Massacre – The dates 28–29 April are ingrained in the very fabric of Australia, when in 1996 a mad man Martin Bryant opened fire killing 35 innocent civilians, and wounding 23 more. The tragedy changed Australia forever, we never forget our fallen. The Killer is serving 35 life sentences in prison and will never taste freedom again; however his victims’ families will live with the pain of bereavement forever. Now 20 years later 2 decades ago, a lot has changed, and thanks goodness we have never had a repeat of a mass shooting on this scale.

Before we continue, remember the dead;

Social Media Remembers the fallen and we do not forget

“Those who cannot remember the past are condemned to repeat it.”

Malcom Turnbull leads the nation in remembering the victims, both dead and alive.

Catherine Remembers and along with many of us sends our thoughts to the families who suffered loss.

20 yes ago today lives were ended, shattered by an act of unspeakable violence.Thoughts with the families today. #PortArthur

Andy does not forget, and highlights the progress made in Australian Gun Ownership, with acknowledgement of 20 years freedom from such a heinous crime.

20yrs Ago – A Day to Remember, #PortArthur #Massacre–#RIP Heart & Prays to All the #victims https://t.co/LwUEkbZLN2…

Kylie thanks for the beautiful message.

Christie shows that its often the innocent who pay the highest price during diabolical acts of mad men!

On this day we remember those who so innocently lost there lives in such a senseless act. #PortArthur https://t.co/QpuHVBTjZK

Following the enacting of new firearms law, the risk of being killed by a firearm fell by 50%, while suicide by firearm fell at a similar rate. For example in 1988 there were 674 deaths by firearm in 2012, 226 this is a huge fall and when accounting for the population increase is even more significant.

Gun Control in Australia does not mean that law abiding citizens, with a sound reason cannot acquire firearms, indeed a wide range of firearms are available to the public and are categorized, A, B, C, D, H, R/E (Queensland Police). Thus hunters, sporting shooters and other persons with need are able to attain firearms. The system works and helps ensure that illegal gun owners are in a huge minority.

Today we put our differences aside and be grateful for our family and our safety that so many have given their lives for to bestow upon us. Australia we are united, we will remember and we will continue to grow as a nation!