Physical Activity In Summer: What Precautions? 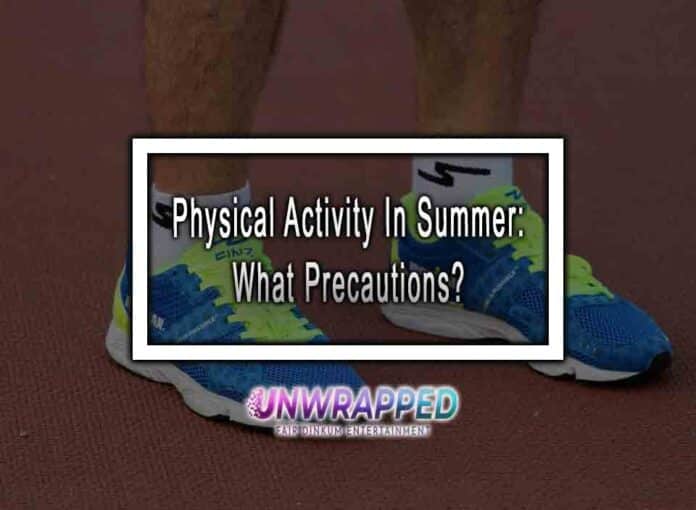 Physical Activity In Summer: What Precautions? – The summertime is the time of year when individuals are most concerned about their level of physical fitness. Typically, those who have this ambition will make plans, begin engaging in physical activity many months in advance, and work hard to keep up with their routine during the season, particularly after the first of the year. Nevertheless, during the warmest part of the year, it is essential to exercise extreme caution while participating in activities that demand a greater amount of the body.

It has been discovered that some of the workouts that are done during this season, which is the season with the greatest temperatures, might be excessively demanding on the body, elevating its temperature even more in dry weather, which can cause injuries or perhaps harm to health.

Exercising in any capacity will boost one’s core temperature. The equilibrium that exists between transpiration and hydration acts as a check and balance on this process. The primary distinction is that the rise in temperature will be greater if it is more intense. This is especially true if the surrounding environment is also warmer, as is the case with individuals who engage in physical activity outside in the sun, which inhibits the body’s natural strategies to rid itself of excess heat.

Learn about some of the steps you should take to exercise safely throughout the summer.

The significance of being hydrated is something that is already common knowledge among those who regularly engage in physically demanding activities. Now that it is summer, the quantity of water that is consumed need to be somewhat increased. The amount of water that one should consume while exercising at this time should range anywhere from 250 ml to 500 ml and should be consumed between one and two hours before activities.

When engaging in physical activity, it is essential to begin drinking water after 15 minutes of activity and to continue doing so at regular intervals of 15 minutes. In this particular instance, the volume may range anywhere from 500 ml to 2,000 ml/hour depending on the temperature, humidity, and the level of physical activity.

In the event that the body does not get sufficient amounts of water, it may exhibit symptoms such as mental disorientation and an increased heart rate. It is also capable of causing loss of consciousness, seizures, and even death in extreme situations if prompt treatment is not administered.

Even people who keep a consistent workout schedule inside of gyms are encouraged to continue their routines early in the morning, between the hours of 6 and 8 am, or later in the evening, after 5 pm, to avoid exercising during times of the day when there are higher levels of solar radiation. The highest temperatures occur in the summer. People who are used to working out in the open air should place an even greater emphasis on this particular consideration.

Despite this, and despite the fact that schedules are sufficient, it is still recommended to use sunscreen.

Because of the warmer weather, wearing excessively thick jackets and trousers while doing the exercises will only aid to increase the temperature at the precise instant when the motions are being performed and will prevent the warmth from dissipating as quickly. Therefore, choose more breathable clothing, such as shorts and tank tops.

Obtaining the advice and direction of an experienced member of the Physical Education department is very necessary prior to beginning an exercise routine. This is due to the fact that some actions, if performed incorrectly, have the potential to injure either the ligaments or the muscles. In addition, the specialist will assist in the maintenance of an additional series of care designed to improve the patient’s health and well-being.

Also see: Tips For Staying Healthy In The Summer

Stay Connected
52,673FansLike
5,667FollowersFollow
829FollowersFollow
Previous articleTips For Staying Healthy In The Summer
Next articleSleep Remedies: When To Use Them And What Are The Risks?