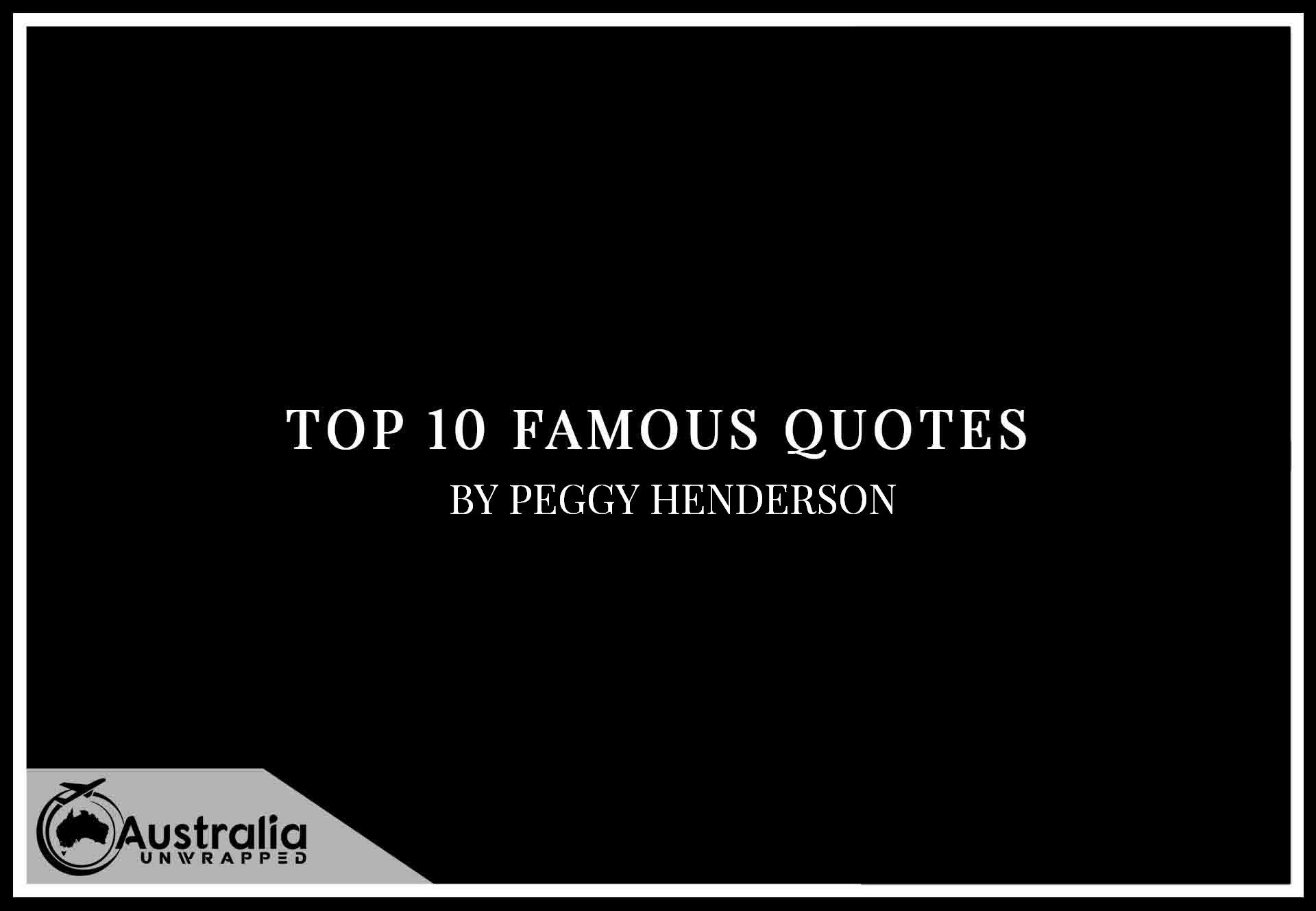 “we’ll get to the lake before dusk.” Without waiting for”
― Peggy L. Henderson, Teton Sunrise

“placed her hand on his upper arm. It was an innocent gesture, but the sensation was like a jolt of lightning, even through the fabric of his shirt. His body reacted instantly. He swallowed hard and cleared his throat. Right now, his emotions spiraled out of control. “Aw, hell!” In one fluid movement he pulled her to him, one hand at the back of her head, his other arm coiled around her waist. He tilted her head and claimed her mouth with the hunger born of weeks of pent-up desire for this woman. Kissing her like a starved man who’d finally been given a morsel of food, Daniel savored the feel of her soft body pressed to his. It’s what he’d longed to do since he first laid eyes on her.”
― Peggy L. Henderson, Yellowstone Heart Song

“I wish I understood their language, and could speak with them,” she said when they were alone again. “I think I did learn a few words, though, Dosa bia’isa.” She glanced up at him expectantly. Daniel’s eyebrows raised in surprise. “I know that’s what they call you, and they call me Dosa haiwi, although I don’t know what these words mean.” Daniel smiled. “To the Tukudeka, I am known as White Wolf, and Elk Runner gave you the name White Dove. But I prefer to call you gediki.” “Meaning?” She faced him, her hands on her hips. “It refers to a wild cat.”
― Peggy L. Henderson, Yellowstone Heart Song

“Damn all men for being so overbearing,” she yelled from inside the cabin. His lips curved in a smile. She was right about the one thing he had understood from her tirade. No man would, or should, ever own her. She was strong willed, full of spirit, and irresistibly beautiful. Could he let her go back to a man who no doubt would try and break that spirit?”
― Peggy L. Henderson, Yellowstone Heart Song

“Consumed by a burning love for this woman he held in his arms, he suddenly realized he couldn’t let her go. The thought of losing her today had tested his strength and endurance to the limit. Daniel knew he would do it all over again if he had to.”
― Peggy L. Henderson, Yellowstone Heart Song

“the uneven pavement and countless potholes. Dread filled her. What would Jason do to her in the morning when he came to collect the money the old”
― Peggy L. Henderson, Come Home To Me

“You came for me.” Her voice was a mere whisper. “I would follow you to the ends of the world if I had to,” Daniel said in a sultry tone.”
― Peggy L. Henderson, Yellowstone Heart Song

“I love you, Anna Porter. I want to marry you. I don’t think I’ve ever felt stronger about anything in my life.”
― Peggy L. Henderson, Anna’s Heart

“His beautiful, brave little wildcat had once again amazed him with her quick thinking and actions.”
― Peggy L. Henderson, Yellowstone Heart Song

“No man will ever touch you again.” Then, in a whisper, he added, “No man but me.”
― Peggy L. Henderson, Yellowstone Heart Song

“The cabin door creaked open slowly, and she tensed, then pounded the dough more forcefully than before. She glanced up briefly. Daniel appeared in the doorway. Her focus returned to her work. “I’m making bread,” she announced tersely. He hadn’t moved further into the cabin, prompting her to look up again. His lips curved in a wide grin, and his eyes roamed over her. She shot him a questioning look, her eyebrows raised. “I will teach you,” he said quietly. “Teach me what?” Her eyes narrowed suspiciously. “You asked me to teach you to survive in the mountains. I will teach you.” She stared up at him, wide-eyed. The anger melted out of her, and a smile formed on her lips. “Really?” she asked excitedly. “Your first lesson will be how to skin and dress a deer. Come outside.” He turned abruptly and walked out the door.”