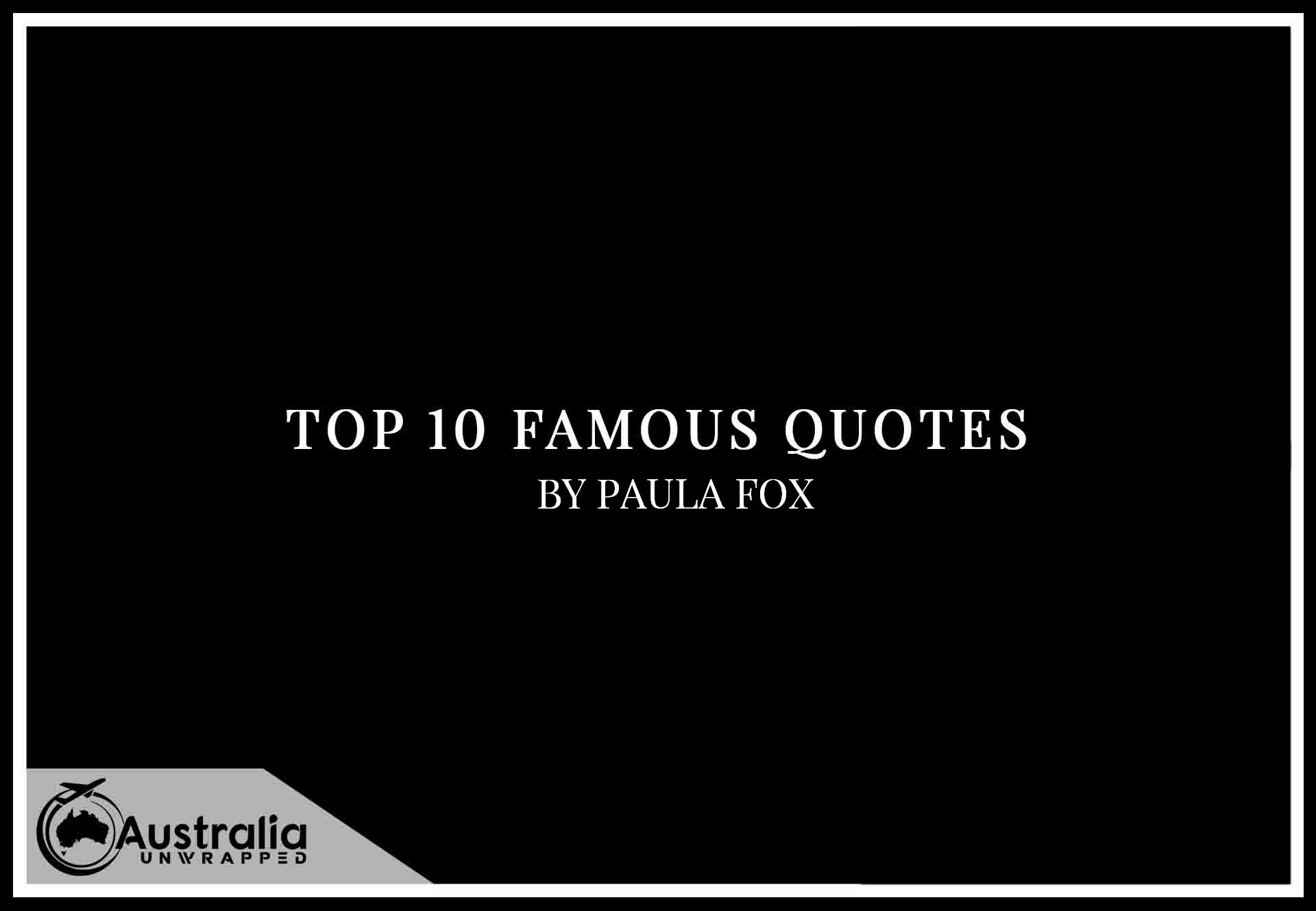 Quotes, who doesn’t love a good quote? This series of articles we look at Top 10 Famous Quotes by Author Paula Fox, author quotes are always a challenge and fun to pick, with Paula Fox you will find my Ten favorites of Paula Fox’s quotes.

Paula Fox was an American author of novels for adults and children, as well as two memoirs. Her novel The Slave Dancer (1973) won the Newbery Medal in 1974, and she received the Hans Christian Andersen Medal in 1978. Recently, A Portrait of Ivan received the Deutscher Jugendliteraturpreis.

In 1944, a teenage marriage produced a daughter, Linda. Her relationship with her own biological parents was tumultuous, so she gave the child up for adoption. It was Linda Carroll, Fox’s daughter given up for adoption, who gave birth to musician Courtney Love.

More from the Author: https://amzn.to/3bo7Gum

“There was no way to grasp the reality of the present which slid away each second, invisible as air; reality only existed after the fact, in one’s vision of the past.”
― Paula Fox, The Widow’s Children

“When you read to a child, when you put a book in a child’s hands, you are bringing that child news of the infinitely varied nature of life. You are an awakener.”
― Paula Fox

“It was hard to reassure grown-ups when you weren’t certain yourself what you were feeling and thinking—when thoughts dissolved before you could name them.”
― Paula Fox, The Village by the Sea

“The minute you become conscious that you are doing good, that’s the minute you have to stop because from then on it’s wrong.”
― Paula Fox

“He smiled and bent forward, a hand on each knee, his truculence gleaming through his smile like a stone under water.”
― Paula Fox, Desperate Characters

“Literature is the province of imagination, and stories, in whatever guise, are meditations on life.”
― Paula Fox

“Families hold each other in an iron grip of definition. One must break the grip, somehow.”
― Paula Fox, The Widow’s Children

“You’ll see some bad things, but if you didn’t see them, they’d still be happening.”
― Paula Fox, The Slave Dancer

“A good novel begins with a small question and ends with a bigger one.”
― Paula Fox

So there you have it my Ten favorite quotes by Paula Fox, please comment below and share your favorite quotes by the fantastic author Paula Fox.  Furthermore, if you find any Authors not covered for there, top 10 quotes let me know and I will review their works and find some of their best quotes as has been done here for Paula Fox.

“I imagine there’s a timid animal inside me…When it’s afraid, I feel it tremble. It can’t hear. It only knows the fear it feels. It doesn’t have memory or an idea of the future. It lives in the present—the right now—and I try to remember it is only a part of myself, a small frightened thing I can pity. When I’m able to do that, something happens. The animal grows less afraid.”

― Paula Fox, The Village by the Sea

More from the Author: https://amzn.to/3bo7Gum