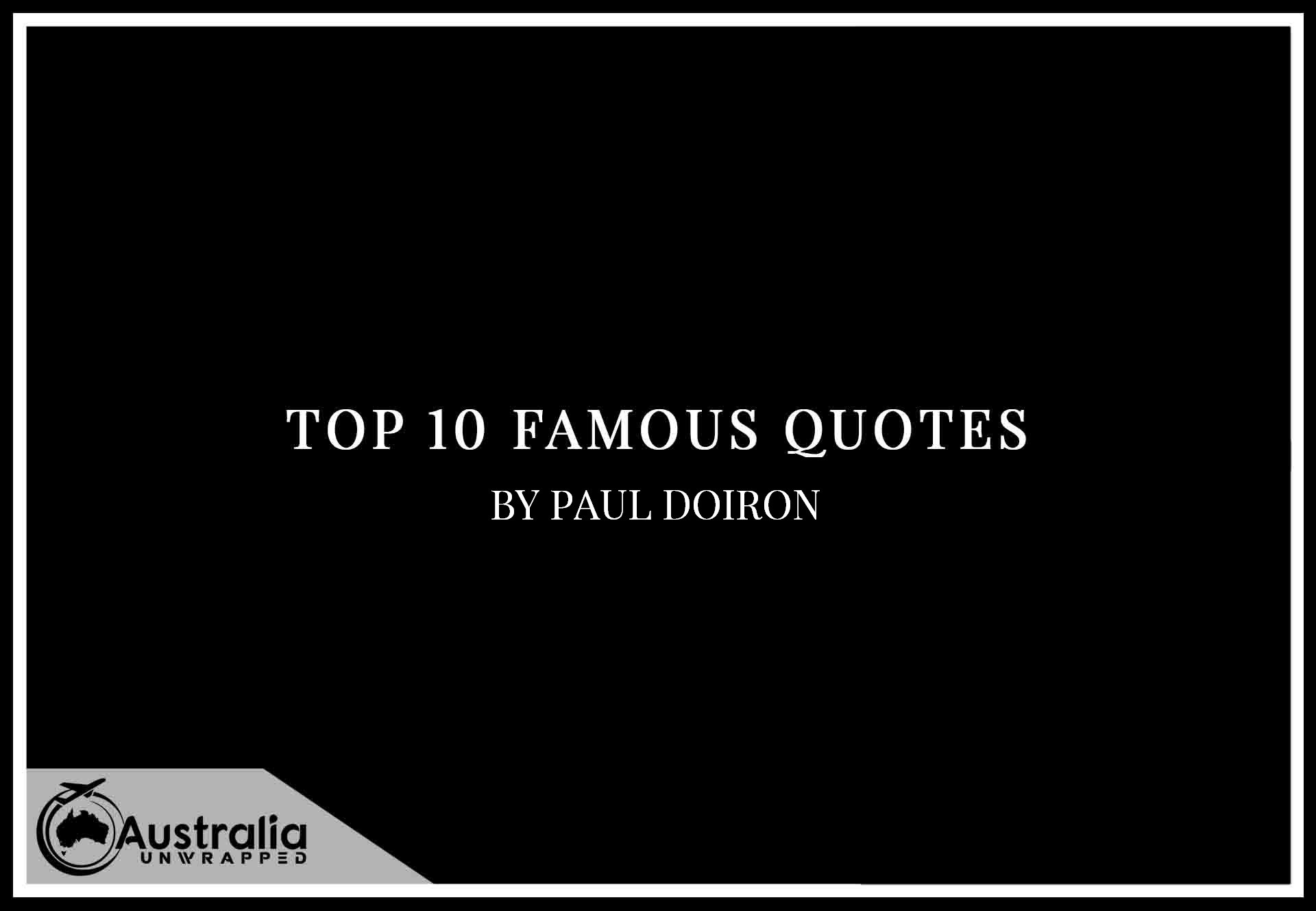 Quotes, who doesn’t love a good quote? This series of articles we look at Top 10 Famous Quotes by Author Paul Doiron, author quotes are always a challenge and fun to pick, with Paul Doiron you will find my Ten favorites of Paul Doiron’s quotes.

He is the author of the Mike Bowditch series of crime novels, including THE POACHER’S SON, which won the Barry Award and the Strand Critics Award, and was nominated for an Edgar Award, an Anthony Award, a Macavity Award, and a Thriller Award for Best First Novel. PopMatters named it one of the best novels of 2010.

In 2019, Paul received his second Edgar Award nomination for “Rabid,” an eShort that reveals a few secrets about Charley Stevens, his breakout character.

More from the Author: https://amzn.to/3NlS9IA

“Nature will forgive humankind just about anything, and what it won’t forgive I hope never to witness.”
― Paul Doiron, The Poacher’s Son

“after they stitch up your leg, I’m taking you to jail.” “No, you’re not,” said Kathy in her hardest”
― Paul Doiron, The Poacher’s Son

“No scientific proof can make someone stop hating something if their hatred gives them pleasure.”
― Paul Doiron, The Precipice

“People disappoint you so often. I hardly knew how to react when they surpassed all your hopes.”
― Paul Doiron, The Poacher’s Son

“Just because you’re done with the past doesn’t mean the past is done with you.”
― Paul Doiron, The Bone Orchard

“You never really know someone until your relationship with them is over.”
― Paul Doiron, Trespasser

“Living in the woods does strange things to lonely men.”
― Paul Doiron

“I was raised Catholic. Guilt is my resting state.”
― Paul Doiron, Widowmaker

“Angels do not whisper in our ears. Predestination is a fairy tale, a bedtime story for adults scared of meaningless death.”

More from the Author: https://amzn.to/3NlS9IA