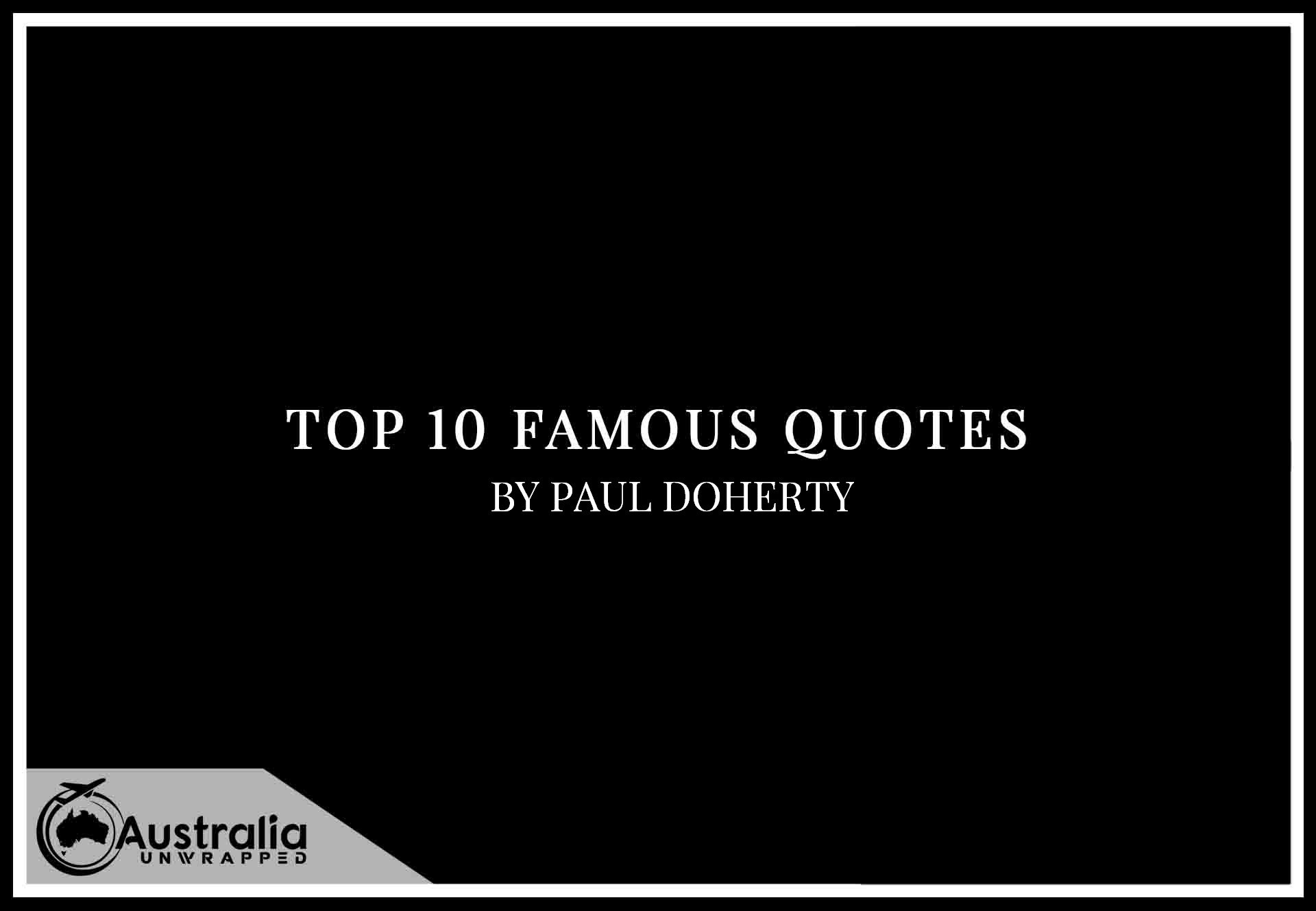 Quotes, who doesn’t love a good quote? This series of articles we look at Top 10 Famous Quotes by Author Paul Doherty, author quotes are always a challenge and fun to pick, with Paul Doherty you will find my Ten favorites of Paul Doherty’s quotes.

He has published under several pseudonyms, including P.C. Doherty, Celia L. Grace, Paul Harding, Ann Dukthas, Vanessa Alexander, Michael Clynes and Anna Apostolou, but now only writes under his own name.

In 1946, Paul Doherty was born in Middlesbrough (North-Eastern England). Before studying at Durham for three years for the Catholic priesthood, he had the usual education. As a student at Liverpool University, he earned a First Class Honours Degree in History and won a state scholarship to Exeter College, Oxford, where he met his wife Carla Lynn Corbitt. After completing his studies, he decided that the academic world was not for him and became a secondary school teacher instead.

More from the Author: https://amzn.to/3Okmjh1

“this heel is attached to the boot”
― Paul Doherty, The Magician’s Death

“To you this is a great mystery, but for me death holds no mystery: just three corpses, the ka of which are already travelling into the Far West. I am simply here to ease their way, like a midwife at birth,”
― Paul Doherty, The Poisoner of Ptah

“Cain is in each of us. We lose our temper, feel cornered and frightened, it can be the work of an instant. But to savour murder – that’s not the prompting of Cain, that’s Satan!”
― Paul Doherty, The Nightingale Gallery

“Always remember a useful dictum: every man born of woman is three persons; what he appears to be, what he claims to be and,’ he beamed round, ‘what he really is.”
― Paul Doherty, The House of the Red Slayer

“Then de Montfort, resplendent in liturgical robes as well as his own arrogance, walked back to the altar where the mass continued.”
― Paul Doherty, The Angel of Death

“Believe me, Athelstan, you can wrap a dog’s turd in a cloth of gold but it remains a dog’s turd.”
― Paul Doherty

“They treat me like some sort of pet cat but claws I have, and claws I will use”
― Paul Doherty, The Mask of Ra

“any problem must always contain the seeds of its own solution.”
― Paul Doherty, The Assassin in the Greenwood

More from the Author: https://amzn.to/3Okmjh1