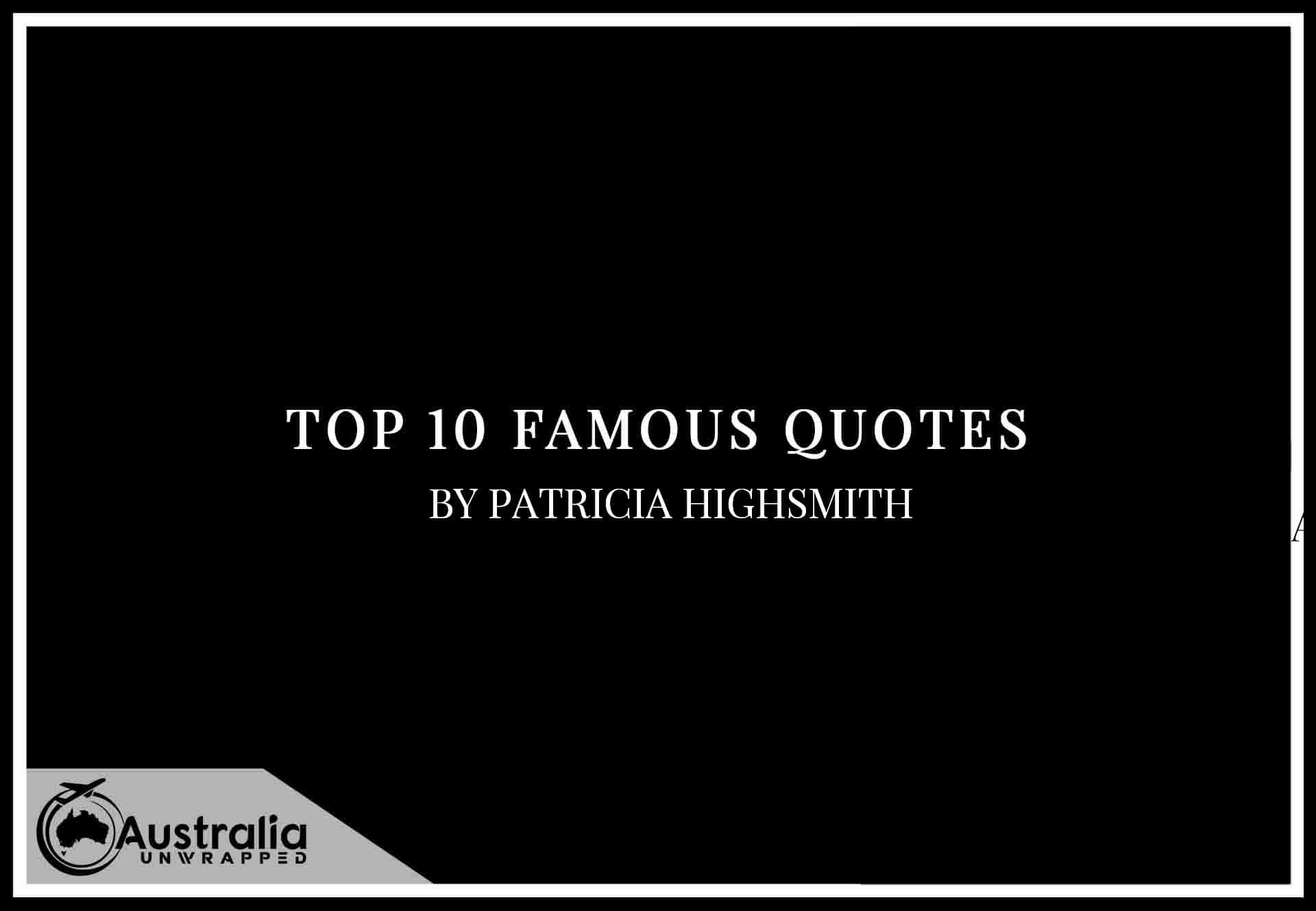 American novelist Patricia Highsmith is best known for her psychological crime thrillers, which have been adapted into more than two dozen movies.

She lived in Fort Worth with her grandmother, mother, and later stepfather (her mother divorced her natural father six months before ‘Patsy’ was born and married Stanley Highsmith) before moving with her parents to New York in 1927, but returned to live with her grandmother for a year in 1933. After returning to her parents’ home in New York, she attended public schools in New York City and graduated from Barnard College in 1942.

In 1946, her short story ‘The Heroine’ was published in Harper’s Bazaar and selected as one of the 22 best short stories appearing in American magazines in 1945. She continued to write short stories, many of them comic book stories, and earned $55 a week. She lived in New York and Mexico.

More from the Author: https://amzn.to/3QMwTyG

“Obsessions are the only things that matter.”
― Patricia Highsmith

“But there was not a moment when she did not see Carol in her mind, and all she saw, she seemed to see through Carol. That evening, the dark flat streets of New York, the tomorrow of work, the milk bottle dropped and broken in her sink, became unimportant. She flung herself on her bed and drew a line with a pencil on a piece of paper. And another line, carefully, and another. A world was born around her, like a bright forest with a million shimmering leaves.”
― Patricia Highsmith, Carol

“My New Year’s Eve Toast: to all the devils, lusts, passions, greeds, envies, loves, hates, strange desires, enemies ghostly and real, the army of memories, with which I do battle — may they never give me peace.”
― Patricia Highsmith

“What was it to love someone, what was love exactly, and why did it end or not end? Those were the real questions, and who could answer them?”
― Patricia Highsmith, The Price of Salt

“It would be Carol, in a thousand cities, a thousand houses, in foreign lands where they would go together, in heaven and in hell.”
― Patricia Highsmith, The Price of Salt

“I know what they’d like, they’d like a blank they could fill in. A person already filled in disturbs them terribly.”
― Patricia Highsmith, The Price of Salt

“Anticipation! It occurred to him that his anticipation was more pleasant to him than the experiencing.”
― Patricia Highsmith, The Talented Mr. Ripley

“Do people always fall in love with things they can’t have?’

“I feel I stand in a desert with my hands outstretched, and you are raining down upon me.”
― Patricia Highsmith, The Price of Salt

“My imagination functions much better when I don’t have to speak to people.”
― Patricia Highsmith

“January. It was all things. And it was one thing, like a solid door. Its cold sealed the city in a gray capsule. January was moments, and January was a year. January rained the moments down, and froze them in her memory: […]Every human action seemed to yield a magic. January was a two-faced month, jangling like jester’s bells, crackling like snow crust, pure as any beginning, grim as an old man, mysteriously familiar yet unknown, like a word one can almost but not quite define.”

― Patricia Highsmith, The Price of Salt

More from the Author: https://amzn.to/3QMwTyG