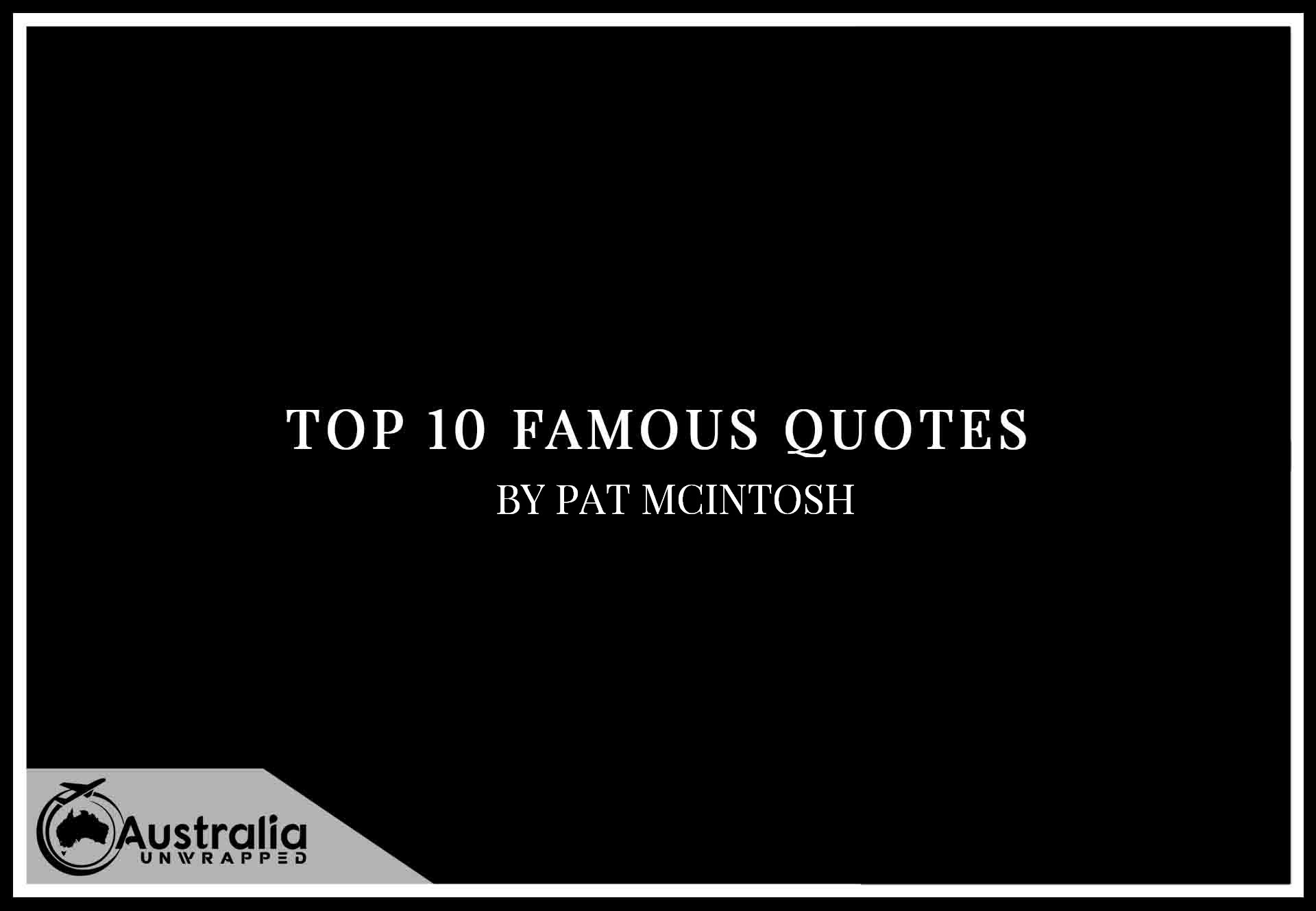 Quotes, who doesn’t love a good quote? This series of articles we look at Top 10 Famous Quotes by Author Pat McIntosh, author quotes are always a challenge and fun to pick, with Pat McIntosh you will find my Ten favorites of Pat McIntosh’s quotes.

In Lanarkshire, Scotland, McIntosh was born and raised. Writing since age seven, she credits the author who inspired her to write as “probably Angus MacVicar!” She lived and worked in Glasgow for many years before moving to the west coast of Scotland. Her previous jobs included librarianship, reception for alternative therapy centers, teaching geology and palaeontology, and tutoring.

More from the Author: https://amzn.to/3u2KoRe

“Early flowers in tubs shivered in the wind”
― Pat McIntosh, The Counterfeit Madam

“You’ll drink the other first.’ Wondering why women all turned into his old nurse when there was an injury to tend, he drank the bitter brew in the other beaker, and was handed his spiced ale as if it was a reward,”
― Pat McIntosh, The King’s Corrodian

“The black cat slipped along the cloister in search of mice, his white patches faint in the little light there was, paused with a paw lifted in a patch of snow to consider him, then padded on into the shadows.”
― Pat McIntosh, The King’s Corrodian

“The man was very like his brother, a gangling creature with large hands and feet and a narrow face, though his normal expression was as sour as week-old milk.”
― Pat McIntosh, The Lanimer Bride

“If I could explain a head in a barrel to the King, he thought, I can explain a man in a tanpit to a Bishop. But I’d sooner be more certain of the facts.”
― Pat McIntosh, The Stolen Voice

“The cat had left as they entered, sauntering out towards the kitchens with the air of one whose neighbourhood had been invaded by undesirables.”
― Pat McIntosh, The King’s Corrodian

“he’s no for shutting down the whole kirk. The faithful need to get in, he says.’ His gaze slid sideways to meet Gil’s. ‘Them and their pence,”
― Pat McIntosh, The Fourth Crow

“The black cat padded in, raised its tail in greeting to Socrates, and jumped onto the lay brother’s lap.”
― Pat McIntosh, The King’s Corrodian

“The river rippled past ten feet away, chuckling quietly to itself.”
― Pat McIntosh, The Fourth Crow

“Whanne she was gone the kynge was glad for she made suche a noyse,”
― Pat McIntosh, The King’s Corrodian

“Alys tipped her head up, scenting the warm air the way Gil had shown her, finding only the rich odours of the summer earth, horse-droppings and green growth. There was an elder-bush somewhere near, the last of the May-blossom was fading on a thorn tree, a tangle of brambles spoke of the dark riches of autumn.”

More from the Author: https://amzn.to/3u2KoRe