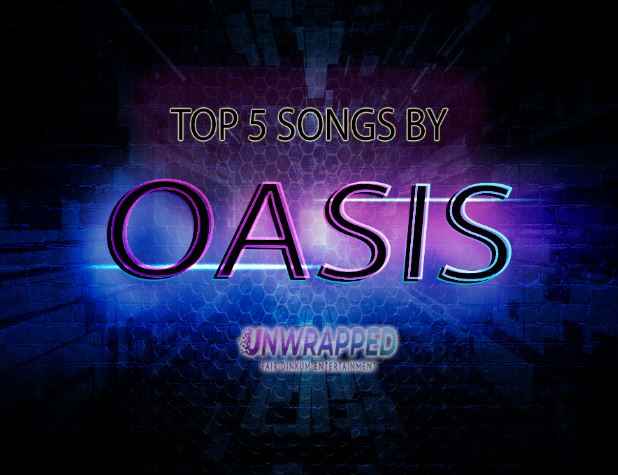 We know how excited you are to be swept away by music through Oasis‘ Top 5 Tracks. Australian Unwrapped would like to give you first a glimpse of the life of the artist. Enjoy reading and listening!

Who are Oasis: Oasis, originally known as the Rain, is an an English rock band consisted of Liam Gallagher (lead vocals, tambourine), Paul Arthurs (guitar), Paul McGuigan (bass guitar), Tony McCarroll (drums) and Liam’s older brother Noel (lead guitar, vocals).  Oasis inked to an independent recording contract with Creation Records in 1993 and in 1994, they released their finest debut album Definitely Maybe. They released their third album, Be Here Now in 1997 which became the fastest-selling album in UK chart history.

Their group name came from a tour poster of the British group Inspiral Carpets which has one of venues as the Oasis Leisure Centre.
They were sued for the song Shakermaker which sounded almost the same with a Coca-Cola jingle in 1971.
They lost their bass player in a 1999 tour and they hired someone who haven’t played bass before.

We freaking love music here at Unwrapped, and we adore Oasis. In our humble opinion, here are the BEST FIVE SONGS by the legendary Oasis (most liked, listened and downloaded songs) across the web!!!

Don’t Look Back in Anger – Remastered

Slip inside the eye of your mind
Don’t you know you might find
A better place to play
You said that you’d never been
But all the things that you’ve seen
Slowly fade away
So I start a revolution from my bed
‘Cause you said the brains I had went to my head
Step outside, summertime’s in bloom
Stand up beside the fireplace
Take that look from off your face
You ain’t ever gonna burn my heart out
And so Sally can wait
She knows it’s too late
As we’re walking on by
Her soul slides away
But don’t look back in anger
I heard you say

Stop Crying Your Heart Out

… Hold up
Hold on
Don’t be scared
You’ll never change what’s been and gone
… May your smile (may your smile)
Shine on (shine on)
Don’t be scared (don’t be scared)
Your destiny may keep you warm
… ‘Cause all of the stars are fading away
Just try not to worry, you’ll see them someday
Take what you need, and be on your way
And stop crying your heart out
… Get up (get up)
Come on (come on)
Why’re you scared? (I’m not scared)
You’ll never change what’s been and gone

I hope you enjoyed listening to Oasis !