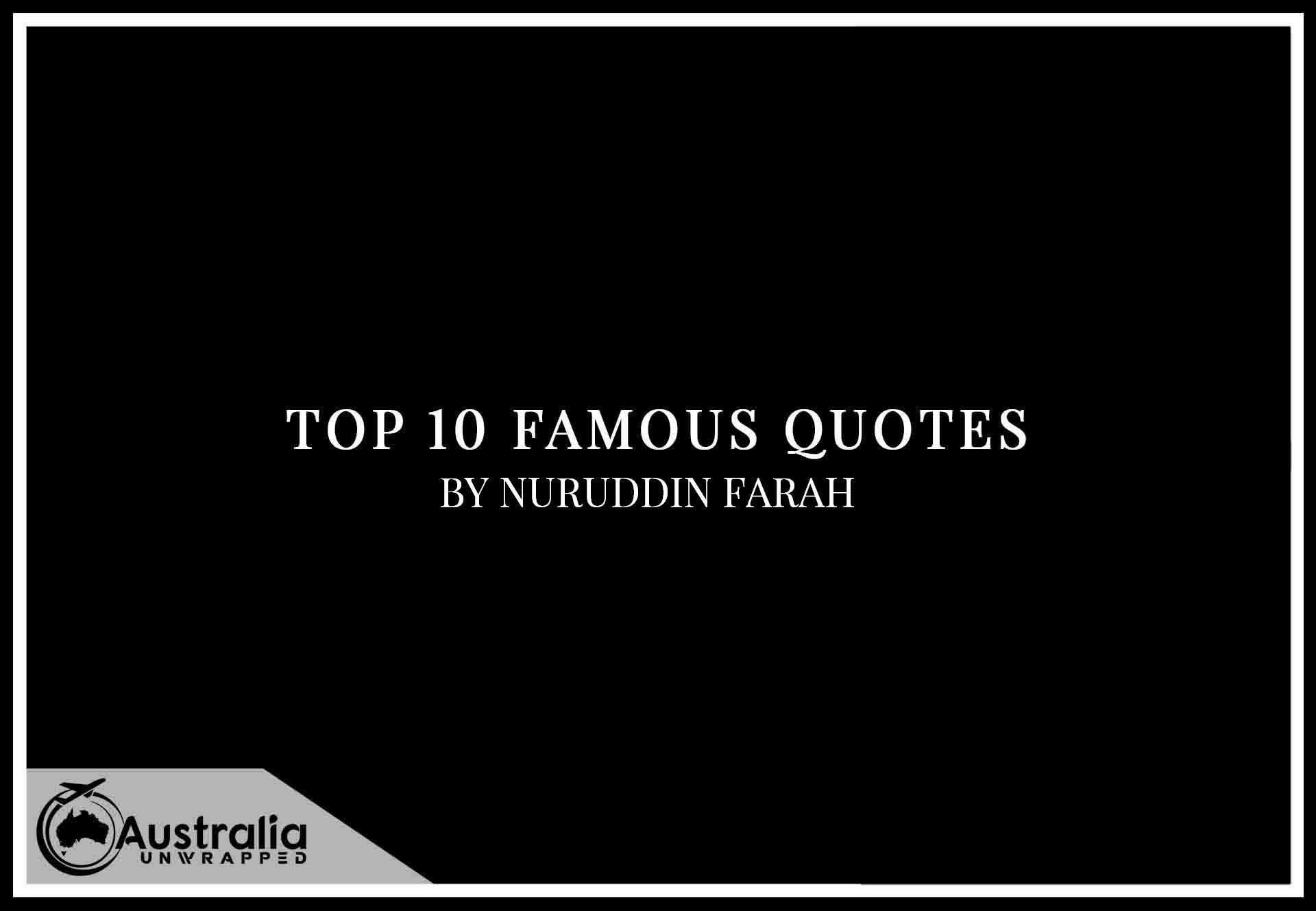 Quotes, who doesn’t love a good quote? This series of articles we look at Top 10 Famous Quotes by Author Nuruddin Farah, author quotes are always a challenge and fun to pick, with Nuruddin Farah you will find my Ten favorites of Nuruddin Farah’s quotes.

Somali novelist Nuruddin Farah (Somali: Nuuradiin Faarax, Arabic: نور الدين فرح‎) is known for his novels. As one of the greatest contemporary writers in the world, Farah has won numerous accolades for his prose, including the Premio Cavour in Italy, the Kurt Tucholsky Prize in Sweden, the Lettre Ulysses Award in Berlin, and in 1998, the Neustadt International Prize for Literature. In the same year, his novel Gifts won the St Malo Literature Festival’s prize for the French edition. Farah has also been nominated for the Nobel Prize in Literature on numerous occasions.

More from the Author: https://amzn.to/3xC0pP9

“She wondered then if she had ever been on the right track. She had been reticent all her life, because it turned out that her opinions were different from what others expected. ‘That proves either that I am an exceptional idiot, or the reverse.”
― Nuruddin Farah, From a Crooked Rib

“Death in Somalia seldom bothers to announce its arrival. In fact, death calls with the arrogance of a guest confident on receiving a warm welcome at any time, no question asked.”
― Nuruddin Farah, Hiding in Plain Sight

“No writing is good enough until you, as an author, make a small contribution, the size of a drop, into the ocean of the world’s literature.”
― Nuruddin Farah

“What’s more, she gives shapes to the links between words and their meanings, and then fits them into chains of her own choosing.”
― Nuruddin Farah, Links

“There are moments in one’s life when everything one considers to be a win is for all practical purposes a loss.”
― Nuruddin Farah, North of Dawn

“It’s possible that some of us cannot help losing ourselves in the sorrows of other people’s stories.”
― Nuruddin Farah, Links

“I have tried my best to keep my country alive by writing about it.”
― Nuruddin Farah

“one group’s resistance fighter is another group’s rogue.”
― Nuruddin Farah, North of Dawn

“Many more villagers, who have seen an elephant for the first time in their lives, give absurd exaggerations regarding his size, weight, and height. One of them describes him as ‘a fundament!’. Another, elaborating, alludes to the term ‘firmament,’ because of the elephant’s hugeness. He felt as though the sky was obliterated from his vision. The last to be interviewed by the local TV station swears that he sensed the world lean forward as the elephant came closer and tilt backwards as the beast walked away.
This large mammal ambles purposefully. He pays no heed to the crowded silence following him in stealthy consciousness. One of the villagers, a woman often suspected of dabbling in witchcraft, talks of her inspired theory: that this was no elephant, more like a human on a holy mission of avenging justice. Two other witnesses, neither having had any contact with the woman, speak in substantiation of the woman’s claims, giving as evidence the observation that the elephant turned around when someone said something in Somali. Several villagers will not comment, afraid of a fitting retribution should they do so.”

More from the Author: https://amzn.to/3xC0pP9