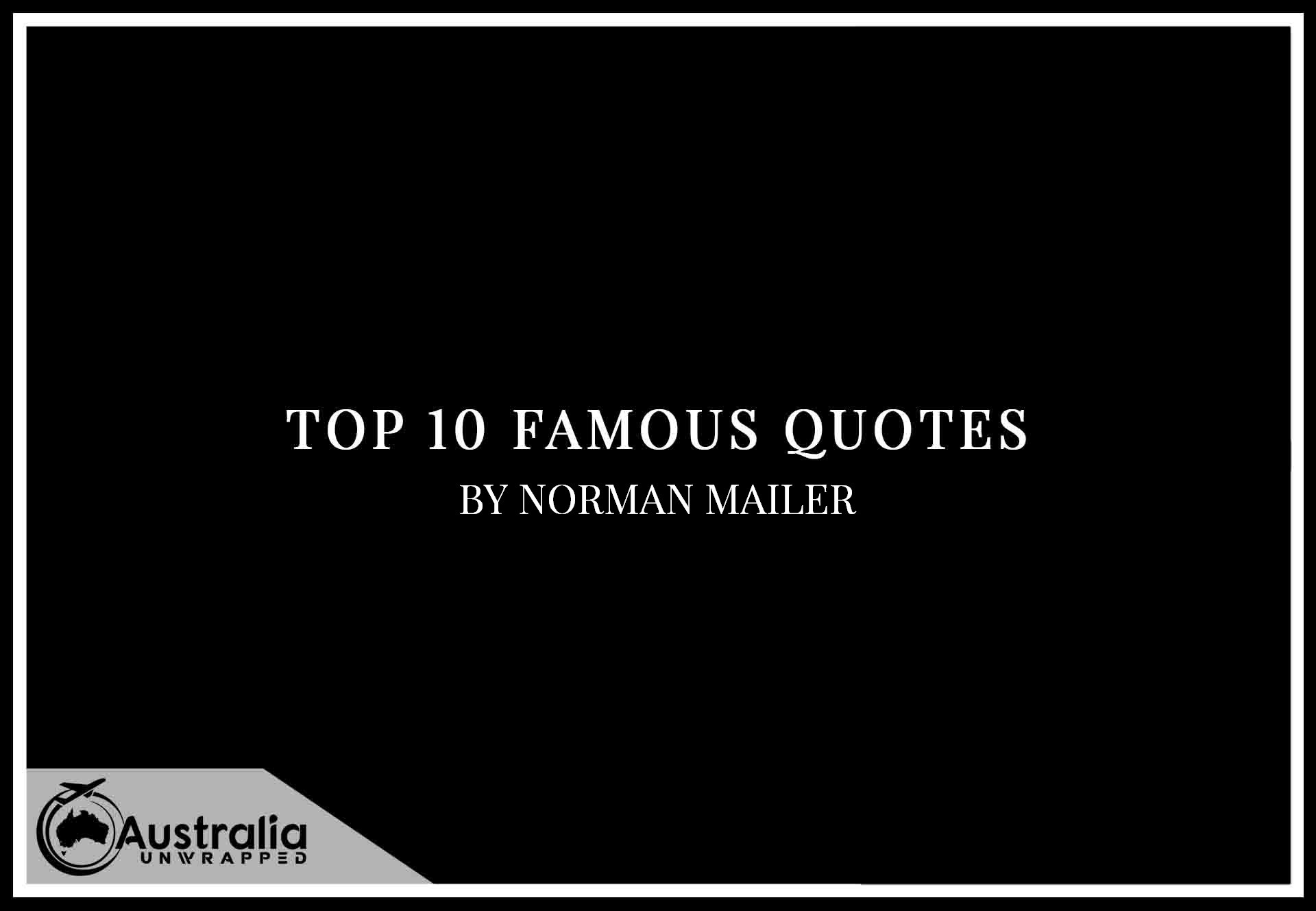 Quotes, who doesn’t love a good quote? This series of articles we look at Top 10 Famous Quotes by Author Norman Mailer, author quotes are always a challenge and fun to pick, with Norman Mailer you will find my Ten favorites of Norman Mailer’s quotes.

He was an American novelist, journalist, essayist, poet, playwright, screenwriter, and film director.

Mailer, along with Truman Capote, Joan Didion, and Tom Wolfe, is considered an innovator of creative nonfiction, a genre that includes everything from essays to nonfiction novels. He won the Pulitzer Prize twice and the National Book Award once. Mailer, with Ed Fancher and Dan Wolf, launched The Village Voice in 1955, an arts- and politics-oriented weekly newspaper initially distributed in Greenwich Village. Awarded the Medal for Distinguished Contribution to American Letters by The National Book Foundation in 2005.

More from the Author: https://amzn.to/3xEewn2

“Writer’s block is only a failure of the ego.”
― Norman Mailer

“One thing I’ve learned in all these years is not to make love when you really don’t feel it; there’s probably nothing worse you can do to yourself than that.”
― Norman Mailer

“There is no greater impotence in all the world like knowing you are right and that the wave of the world is wrong, yet the wave crashes upon you.”
― Norman Mailer

“I don’t think life is absurd. I think we are all here for a huge purpose. I think we shrink from the immensity of the purpose we are here for.”
― Norman Mailer

“Every moment of one’s existence one is growing into more or retreating into less. One is always living a little more or dying a little bit.”
― Norman Mailer, Advertisements for Myself

“Ultimately a hero is a man who would argue with the gods, and so awakens devils to contest his vision.”
― Norman Mailer

“Any war that requires the suspension of reason as a necessity for support is a bad war.”
― Norman Mailer

“You never do find out what makes you tick, and after a while it’s unimportant.”
― Norman Mailer

“Writing books is the closest men ever come to childbearing.”
― Norman Mailer

“You don’t know a woman until you’ve met her in court.”
― Norman Mailer

“If a person is not talented enough to be a novelist, not smart enough to be a lawyer, and his hands are too shaky to perform operations, he becomes a journalist. ”

More from the Author: https://amzn.to/3xEewn2