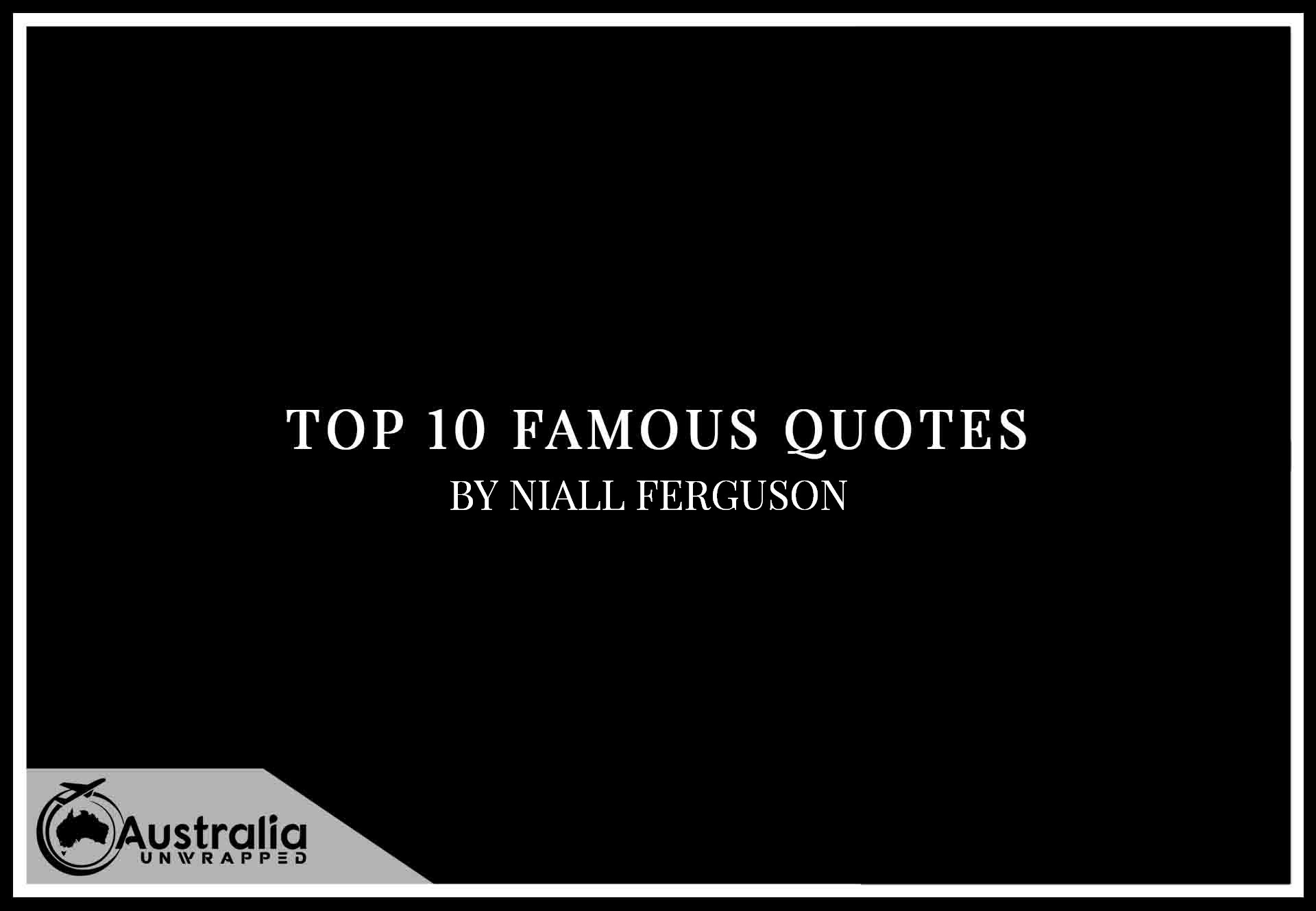 Quotes, who doesn’t love a good quote? This series of articles we look at Top 10 Famous Quotes by Author Niall Ferguson, author quotes are always a challenge and fun to pick, with Niall Ferguson you will find my Ten favorites of Niall Ferguson’s quotes.

Ferguson is the author of 15 books, including a life of Henry Kissinger, whose first volume-Kissinger, 1923-1968: The Idealist-was published in 2015 to critical acclaim. ‘World’s Banker: The History of the House of Rothschild’ won the Wadsworth Prize for Business History. Among his other titles are Civilization: The West and the Rest, The Great Degeneration: How Institutions Decay and Economies Die, and High Financier: The Lives and Times of Siegmund Warburg.

More from the Author: https://amzn.to/3y3rv2W

“The ascent of money has been essential to the ascent of man.”
― Niall Ferguson, The Ascent of Money: A Financial History of the World

“Was there something distinctive about American civil society that gave democracy a better chance than in France, as Tocqueville argued? Was the already centralized French state more likely to produce a Napoleon than the decentralized United States? We cannot be sure. But it is not unreasonable to ask how long the US constitution would have lasted if the United States had suffered the same military and economic strains that swept away the French constitution of 1791”
― Niall Ferguson, Civilization: The West and the Rest

“It’s all very well for us to sit here in the west with our high incomes and cushy lives, and say it’s immoral to violate the sovereignty of another state. But if the effect of that is to bring people in that country economic and political freedom, to raise their standard of living, to increase their life expectancy, then don’t rule it out.”
― Niall Ferguson

“American Empire- it is an empire that lacks the drive to export its capital, its people and its culture to those backward regions which need them most urgently and which, if they are neglected, will breed the greatest threats to its security. It is an empire, in short, that dare not speak its name. It is an empire in denial.”
― Niall Ferguson, Empire: How Britain Made the Modern World

“If the financial system has a defect, it is that it reflects and magnifies what we human beings are like. Money amplifies our tendency to overreact, to swing from exuberance when things are going well to deep depression when they go wrong. Booms and busts are products, at root, of our emotional volatility.”
― Niall Ferguson

“So much of liberalism in its classical sense is taken for granted in the west today and even disrespected. We take freedom for granted, and because of this we don’t understand how incredibly vulnerable it is.”
― Niall Ferguson

“there really is no such thing as ‘the future’, singular. There are only multiple, unforeseeable futures, which will never lose their capacity to take us by surprise.”
― Niall Ferguson, The Ascent of Money: A Financial History of the World

“No civilization, no matter how mighty it may appear to itself, is indestructible.”
― Niall Ferguson, Civilization: The West and the Rest

“It was an idea that made the crucial difference between British and Iberian America – an idea about the way people should govern themselves. Some people make the mistake of calling that idea ‘democracy’ and imagining that any country can adopt it merely by holding elections. In reality, democracy was the capstone of an edifice that had as its foundation the rule of law – to be precise, the sanctity of individual freedom and the security of private property rights, ensured by representative, constitutional government.”

― Niall Ferguson, Civilization: The West and the Rest

More from the Author: https://amzn.to/3y3rv2W