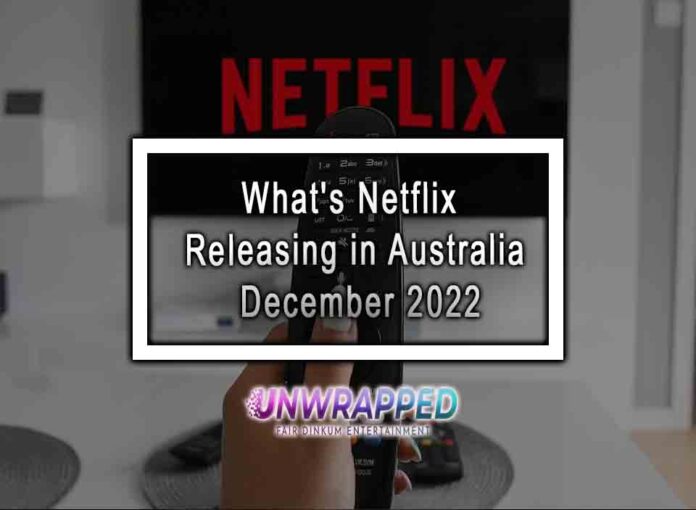 What’s new on Netflix Australia, but can’t think of anything good to watch? The truth is, you’re not alone. To celebrate the new year’s arrival, we’ve compiled a list of everything new to Netflix Australia in January. Below, you’ll find a list of all the new material coming to Netflix in the next few weeks and our best selections for the month.

Coming soon to Netflix in Australia is The Pale Blue Eye, a Scott Cooper-written and -directed gothic horror mystery thriller based on Louis Bayard’s 2003 novel of the same name. Gillian Anderson, Lucy Boynton, and Robert Duvall also feature in the film alongside ensemble leaders Christian Bale and Harry Melling. Adapted on the Louis Byard novel, Christian Bale will star in his first major Netflix Original film, which will also debut in theaters during the holiday season.

Australian comedian & actress Celeste Barber is working with streaming giant Netflix on a new comedy series called Wellmania, which follows a woman who is thrust into a quest for wellness after being diagnosed with a serious illness. Brigid Delaney’s novel Wellmania: Misadventures in Search for Wellness sparked the idea for this Australian dramedy series. The story will center on Liv, who experiences a severe health scare and is thus compelled to reevaluate her ‘live fast, die young’ philosophy.

Based on Jonathan Stroud’s books of the same name, Joe Cornish and his team at Netflix have created the British investigative thriller Lockwood & Co. This British fantasy mystery series is set to premiere as one of Netflix’s first major TV offerings of 2023. The series premiere is scheduled for January 27, 2023, and will feature eight episodes.

The drama series The Lying Life of Adults starring Valeria Golino and directed by Edoardo De Angelis, is based on the novel by Elena Ferrante is coming on netflix. In the early 1990s in Naples, Giovanna Trada, then 12 years old, realizes her father, Andrea making a derogatory comparison between her and his divorced sister Vittoria. As a result, Giovanna looks for Vittoria on the opposite side of Naples to find out what exactly happened to the family.

A brand-new Austrian thriller series from a novel by Bernhard Aichner. In the show, a lady seeks justice for the murder of her husband by investigating a little town harboring a dark and horrible secret. Barbara Stepansky, Benito Mueller, and Wolfgang Mueller are responsible for creating the show.

7.  The Makanai: Cooking for the Maiko House: January 12th

The Makanai: Cooking for the Maiko House will stream live on netflix. The live-action version of the anime and manga (both by Aiko Koyama) is a Netflix, Story Inc., and BUN-BUKU Inc. production. In this eight-part series, Kiyo learns the ropes as a Makanai (a cook) in a home for Maiko (apprentice geishas).

The key art, voice cast, and four additional stories for the upcoming Netflix Anime series Maniac: Japanese Tales of Macabre have been revealed by series creator Junji Ito and streaming service provider Netflix Anime. Junji Ito, one of the most prolific mangakas of all time, is releasing a new anthology horror series that will collect 20 of his most famous pieces.

Nippon TV will air a live-action adaptation of the series in 2020. From April through October 2021, Netflix streamed an original net animation (ONA) anime series created by J.C.Staff. The launch of season two is scheduled for the first month of 2023.

Nickelodeon Animation Studios in the United States created the anime-influenced animated television series Avatar: The Last Airbender, also known as Avatar: The Legend of Aang or just Avatar in some territories. Michael Dante DiMartino & Bryan Konietzko are responsible for the show’s inception and development, alongside Aaron Ehasz serving as showrunner. The protagonist, a young child, named Aang, is capable of controlling all four elements.