National Geographic will air a spin-off of “Gordon Ramsay: Uncharted.” 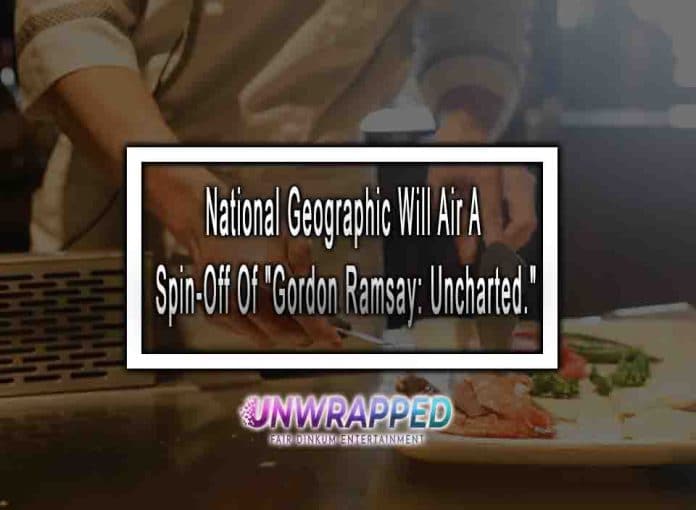 Gordon Ramsay: Uncharted Showdown will be broadcast concurrently with the brand-new cooking program “World of Flavor with Big Moe Cason.”

A new Gordon Ramsay: Uncharted offshoot at Nat Geo has Gordon Ramsay embracing the excitement of the culinary challenge. The three-part series, Gordon Ramsay: Uncharted Showdown, will feature the renowned chef, his daughter Tilly Ramsay, and British chefs Paul Ainsworth and Mark Waldron in an epic gastronomic battle. The show will premiere on the network on July 25 at 8 p.m., joining the previously announced cookery program World of Flavor with Big Moe Cason, which airs at 10 p.m., according to Deadline.

Also See: WATCH: Gordon Ramsay once had his own late night show

In Gordon Ramsay: Uncharted Showdown, the celebrity chefs Paul Ainsworth and Matt Waldron of the UK square off against Gordon. Both men began their careers in Ramsay kitchens before starting their restaurants. Gordon needs to dig deep in the final stretch to keep his students from becoming masters since Paul and Matt are working on their territory. While in Costa Rica, Gordon will face his toughest test yet as he competes against Tilly, the multi-BAFTA Award-nominated CBBC cooking program star and cookbook author, in the season finale’s epic culinary duel.

The Navy veteran and champion pitmaster travels throughout the globe in World of Flavor with Big Moe Cason in search of the tastiest foods prepared over an open flame. In the four-part series, Cason explores his roots in South Carolina, hunts for fresh conch in the Bahamas, roasts gator in Louisiana, and braves piranha-infested waters in Colombia. Moe investigates the links between other cultures and American barbeque along the way.

Read: Squid Game Is Officially On The Run Again

Check Out: What Is Ramsay Hunt Syndrome, The Uncommon Facial Disorder That Justin Bieber Suffers From?