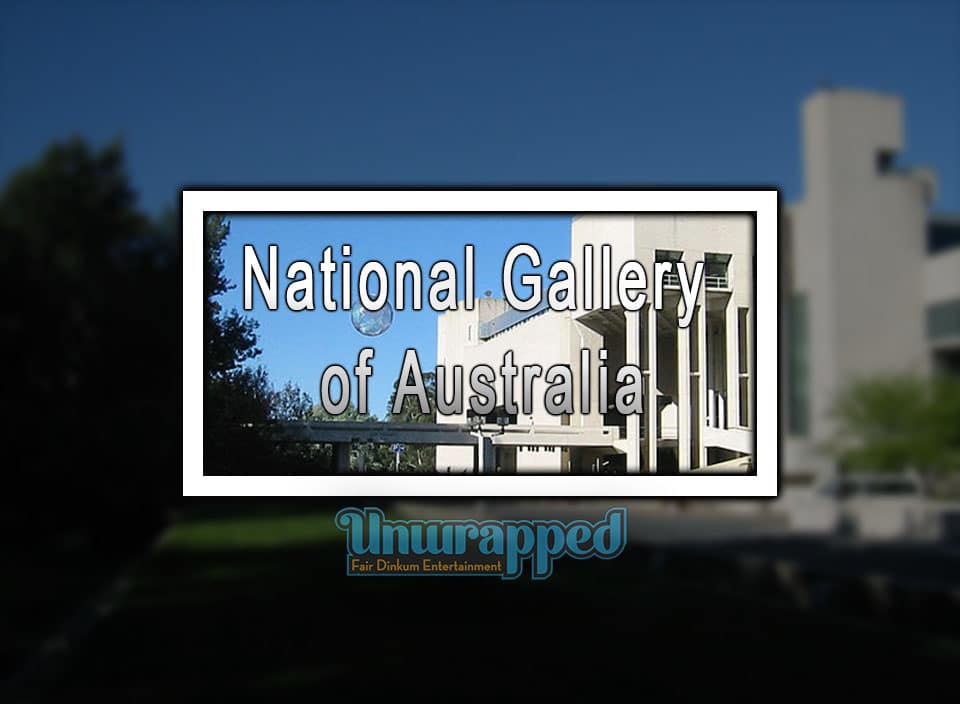 Australia is a place where you would encounter fine arts at almost every traditional street of the country. This nation doesn’t fail to appreciate arts as well as artists from all around the globe. The National Gallery of Australia exhibits the immense love that Australia has for arts and artists. With its main vision to be an inspiration for all the people of Australia, the National Gallery of Australia entertains the art in every form from all around the world. This art gallery is nothing but the Commonwealth of the country’s national cultural institution for all kinds of visual arts and is also a part of the Ministry of Arts as well as the Arts portfolio.

Major Functions of the National Gallery of Australia:

The collection of art at the National Gallery of Australia is not limited to just Australian art but extends to a variety of global art that could be ever found and praised. The Australian art includes indigenous art, prints and drawings, photography as well as decorative arts and designs. Further, the gallery also entertains provenance research, prints and drawings, photography and various other decorative creations of the Asian, European as well as American art. Thus, the National Gallery of Australia entertains and praises all kinds of art.

National Art Gallery: The favorite destination of all the art lovers: –

At the National Art Gallery, a number of facilities have been made available for kids as well as families including the facilities like cafes, study room, outdoor areas as well as library where you can easily sit down to appreciate the fine art that this gallery entertains for you. From the traditional Australian arts of the Aboriginal and Torres Strait Islander to various global arts and decorations, the National Art Gallery has it all. All the art lovers must pay a visit.

Five Interesting Paintings at the National Gallery of Australia

Jackson Pollock was born in Cody, Wyoming, the youngest of five sons. Growing up, the family moved constantly in search of work disrupted his childhood. He spent his youth in search of an artistic vocation that became increasingly elusive and frustrating. His moods fluctuated between wild, intoxicated, attention-seeking and shy, inarticulate, desperate. In 1943, he had his first solo show. When Pollock married the artist Lee Krasner in 1945, and they moved to a house in the country, he created what became known as his “drip paintings.” These paintings made Pollock’s name, and his work became more valuable.

As the gold rush attracted European artists to Australia, Australia’s landscape painting boomed in the 1850s. In 1852, the Austrian-born painter Eugène von Guérard arrived in Australia after the death of John Glover, widely regarded as the father of Australian landscape painting. Von Guérard, like Glover, had been greatly influenced by the works of Claude Lorrain and Nicolas Poussin, but he had become a devotee of high German Romanticism, as exemplified by Caspar David Friedrich. Von Guérard was the foremost landscape painter in the colonies by 1863.

In the early 1970s, Boyd produced a series of paintings depicting figures in the Australian landscape. Paintings in the Studio: “Figure Supporting Back Legs” and “Interior with Black Rabbit” depict a naked artist clutching paintbrushes in one hand and a heap of gold in the other. Later, the artist explained, “You really don’t want to hang on to possessions.”. It is better to keep concepts. “Concepts involve the future, but possessions do not.” Boyd donated more than 3,000 paintings, drawings, and other works to the National Gallery of Australia.

By the end of the 1950s, Fairweather had sent 36 abstract paintings to the Macquarie Gallery, which were well received. Those pieces led to Monastery, which won the John McCaughey Prize; and Epiphany, which Fairweather often said was his best work, which he painted in the following year. Monastery, which was bought by the National Gallery of Australia, is considered a masterpiece. The work illustrates Fairweather’s interest in calligraphy and Cubist influences. At the time, Australian artist James Gleeson said Monastery was “an astonishing blend of European pictorial tradition and Chinese calligraphy.” The painting helped establish Fairweather as one of Australia’s best artists.

Over the course of his artistic career, Tuckson was increasingly influenced by Abstract Expressionism. One of the artist’s later works, White over Red on Blue, appears to be a rough-hewn production. Using synthetic polymer paint, Tuckson applies layers of blue and reddish-brown pigment (like the Australian earth) before brushing broad strokes of white paint across his canvas. Tuckson’s works are more controlled and contained than earlier ones, despite the white paint dripping down the canvas in an Abstract Expressionistic style. In addition to the rough paint texture in White over Red on Blue, the immediate contrast between dark and light, and the sheer size of the painting, the viewer is confronted with several other visual surprises.

Tuckson contributed to the acquisition of Aboriginal and Melanesian art in major Australian collections. Also, he collected grave posts painted in clay and ocher by Aboriginal people. According to some, White over Red on Blue is reminiscent of these posts and draws on Aboriginal culture.

Why Should you Visit Canberra?