Skip to content
You are here:Home / Must-Read Novels Based on Feminism in Dystopian Genre 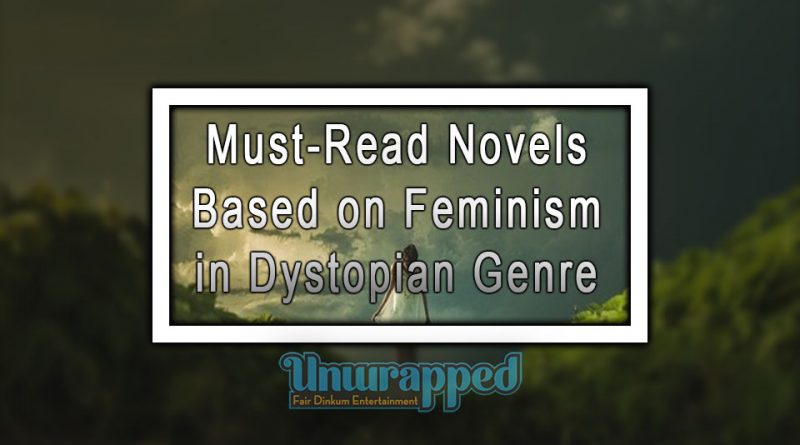 Most Famous Feminism Novels in the Dystopian Category

Over time, we’ve marked and commemorated quite a few of the women’s movements, and among the most empowering motion we have all witnessed is feminism. In celebration of this advocacy, I came out with a list of dystopian novels that promote and support the drive.

Hence, I tracked down all the outstanding dystopian-themed literary works from award-winning brilliant minds in honour of the feminist movement. These are the books that I also strongly love, admire, and revel.

So, without making you wait, here are some of the most notable feminist dystopian books that you should consider reading.

Published in 1985, Margaret Atwood’s classic masterpiece “The Handmaid’s Tale” is definitely, one in the list.

It chronicles the lives of oppressed women in the autocratic state world of Gilead and revealing their bravery and courage to fight back against the unjust suppression of women brought by the new law, which makes women handmaids or subservient servants under a patriarchal society.

Another Margaret Atwood’s well-celebrated and multi-awarded novel, “The Testaments” is also hitting up the feminist-dystopia genre.

Atwood’s 2019 book is not only winning the hearts of the readers but as well as the critics. It’s “Goodreads Choice 2019 Winner” and “2019 Man Booker Prize” recipient, aside from being one of the best-selling novels.

The book is the sequel of Atwood’s remarkably successful “The Handmaid’s Tale,” which backdrops fifteen years after the latter’s events.

Without a doubt, Margaret Atwood is among the finest novel writers of her generation and proving it is another literary work from her joining our list for the feminist dystopian genre.

“Maddaddam” is the conclusion of her award-winning trilogy under the same title. The story of this “2013 Goodreads Choice Winner” begins in 2003 with “Oryx and Crake” and followed by “The Year of the Flood” in 2009.

Others argue with it being a feminist-dystopia genre, but some readers and notable literary names voted it as one, stating the connection of feminism to ecology, as the series details environmental destruction, which they coined as “ecofeminism.”

The Year of the Flood

The first novel of the five-book series of Kiera Cass entitled. “The Selection Novellas Series,” which is also part of my top 100 dystopian books of all time.

It narrates how a group of girls fight over a crown in a competition that will change their lives.

The Gate To Women’s Country

Joining in my list is also included in my top 100 best dystopian novels of all time, “The Gate to Women’s Country” by Sheri S. Tepper, which tells a story about how women ruled over a country.

It revolves around a society that focuses on “Ecotopia” through going back to a sustainable or renewable economy and low-technology agriculture. In this matriarchy community, the majority of the men dwell outside of the town in closed military detachments.

Woman On The Edge Of Time

Entering in our list a 1976 classic by Marge Piercy, “Woman on the Edge Of Time,” which she classifies as a utopian story, but many readers suggest that it has elements of dystopia, and I agree.

It’s a story about a poverty-stricken yet intelligent woman, who became a victim of a wrongful act, accused of alleged violent criminal inclinations, she got unjustly locked down in a mental hospital.

As the story progresses, she’s faced more obstacles and challenges in life, including a promise of utopian future, but discovers a grotesque dystopian society behind it.

A new name on my list of dystopian books is Naomi Alderman’s “The Power,” which is a crowd favourite and highly recognized literary work by prestigious writers’ societies.

This award-winning 2016 feminist dystopian novel details not only a riveting plot that depicts women change the world when they’re in power. It also unravels a wondrous, daring, and modern society.

Alderman centres her story on women empowerment as her characters develop an astounding ability using their fingers to produce electrical shocks or jolts. Hence, making them the dominant gender in the narrative.

One of my favourite dystopian books is “Vox” by Christina Dalcher, which the first novel published by the author.

Dalcher showcases the strength of a woman and a mother in the new fictional country of America where women’s power to speak gets repressed with the law imposed by the totalitarian government.

The main character fights back against the suppression and stands up for her rights, including her daughter and the rest of the women.

Adding to the list of my favourites is a 2018 entry of Leni Zumas, “Red Clocks,” which is fiercely imaginative that deals with women fighting over their rights in a society where abortion becomes illegal again and the In-Vitro fertilization (IVF) procedure is not permitted.

With the new amendments, rights of liberty, life, and property to each embryo are under its protection. It tackles the journey of five women, who are facing different issues in life, including those mentioned above.

Another feminist dystopian novel series that are also part of my favourite dystopian novels is Scott Westerfeld’s creation, the “Uglies Series,” which originally came out as a trilogy, but eventually, the author added a fourth one entitled “Extras.”

Westerfeld considered it as a company of the first three books, “Uglies,” “Pretties,” and “Specials” because it narrates a new main character.

Overall, the series chronicles the life of young women, who were made to believe that they were born ugly, and the only way to become pretty is to undergo a procedure imposed by the government.

It’s a first for Hillary Jordan’s novel to be in my list of dystopian books. Her 2011 literary work, which she named, “When She Woke,” is a refreshing addition to my feminist dystopian list.

Jordan concentrates on a story where most of the women around the world became barren due to a massive outbreak of a contagious sexually transmitted disease. It also follows the life of the main character Hannah, who wakes up in jail and discovers her skin became red, altered to signify the crime she got accused that she supposedly committed, which is murder.

As the story progresses, it circles around Hannah, her battle, and her family. It details religious and feminist dystopian literature.

The plot chronicles the life of how Hannah ended up in prison. It started when her father became partially blind due to a terror attack. Hannah and her family received refuge and help from the married reverend named Aidan Dale, whom she had an illicit affair and her getting pregnant.

As a sign of her gratitude to the reverend and refusal to shame him, she undergoes an illegal abortion, leading her to get accused and convicted of murdering her fetus.

“The Children of Men,” “Station Eleven,” “Never Let Me Go,” and “The Parable of the Sower,” among many others, are also some of the crowd favourites for feminist dystopian novels. They are also part of my top 100 list of best dystopian books of all time.

There’s an enormous library for feminist dystopian novels that I could give you. However, the list I provided to you above is, for me, a few of the best, finest, and most interesting and intriguing plots and storylines I’ve encountered and read. 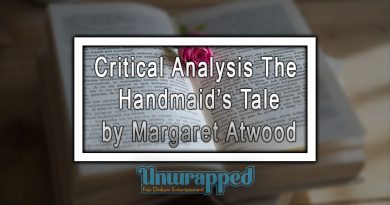 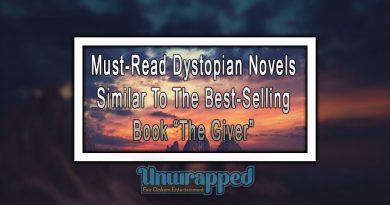 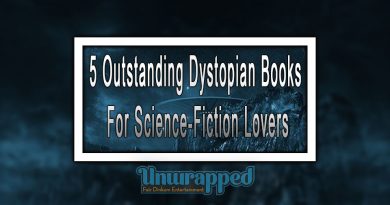