Skip to content
You are here:Home / Must Read Modern Dystopian Novels 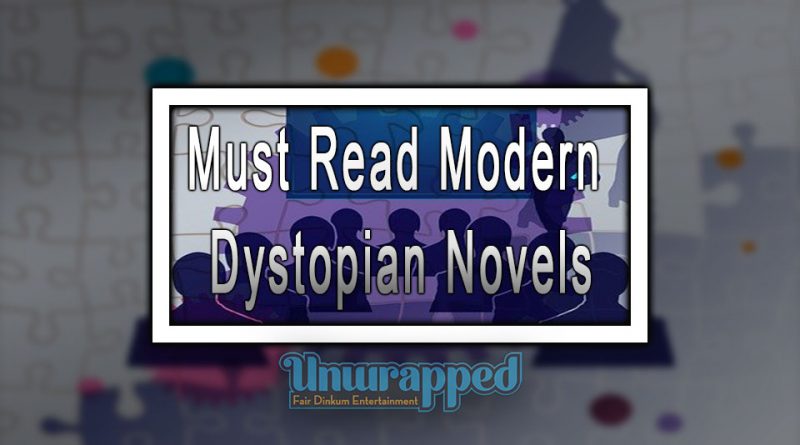 Dystopian novels existence and prominence in the literary world is attributable to the remarkable, brilliant minds of the notable authors of the 19th and 20th centuries who gave us classic masterpieces, such as “Nineteen Eighty-Four (1984),” “Brave New World,” “A Clockwork Orange,” and “The Handmaid’s Tale.”

While Aldous Huxley ideated the future as a world run and controlled by the most advanced innovations and evolutions of science and technology with the human mind as its tool and asset, George Orwell visualised the predicament of how dreadful the society will be if the use of power and authority is exceedingly vicious and vile.

Anthony Burgess, on the other hand, envisioned a scary and dark place where cruelty and violence rule. Margaret Atwood contemplated a time in human culture when there’s an extreme attack on reproductive and women’s rights.

The popularity of dystopian literature is incontestably immense and increasingly rising. Though we all love to devour on these classic hits, we couldn’t also take our eyes off from the emerging growth and success of contemporary dystopian novels that are continuously giving us those spine-schilling and mind-boggling modern dread.

And the only way to give credit to these impressive contemporary literary works is to list down a few of them. Below are some of the most excitingly horrifying and provokingly awakening modern dystopian novels.

My attention was caught by the latest dystopian book entries that are neatly and beautifully crafted by new promising and award-winning authors. Withal, I’ve listed five of the most decent and startlingly striking novels I’ve come across recently.

“2018 Kirkus Prize” recipient is the debut novel of the “University of Chicago” professor Ling Ma.

“Severance,” tells a story of a millennial drone self-withdrawn and hiding in an office tower in Manhattan. Devoted to routines, she hardly knows that an immense cataclysmic plague sweeps the city of New York.

It spreads out the entire city that made families leave and companies to stop their operations. Everything abruptly halts, and soon, entirely the only one in the area, she takes pictures of the chilling, deserted city, working under the anonymous blogger name, “NY Ghost.”

The truth remains, however, that she will not be able to make it on her own until the end of time. A group of survivors comes in to unravel a new society that will put her into a difficult decision to get rescued or jeopardise a secret she only knows.

We Cast A Shadow

Joining in my list of new and modern dystopian novels is a masterpiece by the “Iowa Review Award” recipient and the winner of the “William Faulkner-William Wisdom Creative Writing Competition” Maurice Carlos Ruffin.

“We Cast A Shadow” is a daring and provocative story about a society near the future where there’s an increasing resurgence of racial discrimination and segregation, and a father’s love for his child whose biracial son’s black birthmark is emerging and growing bigger every day.

He is willing to do everything that he can to save his son from the wrath of the modern world, even to the extent of making his son white by undergoing a medical procedure to hide his true identity.

Endless loops of thrills and suspenseful twists and turns will surface as he tries his earnest to do what’s best for his son and to afford the operation.

Seemingly one of the favourite new modern dystopian novels by readers is Max Barry’s 2003 dystopian alternate reality novel entitled “Jennifer Government,” which showcases anarcho-capitalism, extremely limiting the political power and control of the government, as corporates dominate the society.

Barry’s book frequently gets compared to that of George Orwell’s classic “Nineteen Eighty-Four (1984).” The only difference is that for his book, he focuses on excessive corporate power while Orwell concentrates on extreme political authority.

It’s a different quirk of a corporate-controlled society, as it focuses on the life of the book’s namesake. While she’s a loving mother, she inevitably sacrifices time for her one and only daughter to maintain her power and keep up with her ambition.

Nebula-Award-winning author Sam J. Miller creates a remarkably astonishing and intensely dazzling story of hope in a distressing society where everything seems to fall out.

“Blackfish City” chronicles a world in a dystopia where corruption is rampant and ecological imbalance is prevailing due to climate change.  A dystopian community where organized crime is reigning and technological advancements are out of control and then comes gender identity.

However, from that terrifying nightmares come a powerful unification of mankind’s resistance to retreat and save the world from crumbling.

My fifth new and modern dystopian novel is a debut book from Rachel Heng, who is a comparative literature graduate from the “Columbia University,” and hails back from Singapore.

Heng circles her plot around a woman, who received a gift of life, which means she could leave forever. In a world where immortality is the new rule, it’s a blessing. Along with it is the responsibility to do things right, according to what the government wants.

Yet, as she continues to live a life based on the heavy-laden chance bestowed on her, she meets her father, whom she hasn’t seen for ages. The meeting leads to her discovery of the “Suicide Club,” which is an organization of rebels who defy the pursuit of immortality.

These are a handful of the modern dystopian novels included in my top 100 dystopian books of all time that I haven’t mentioned yet in my other lists.

In a distinctly written and speculative fictional modern dystopian plot, multi-awarded author Paolo Bacigalupi tells a story of a peculiar yet beautiful creature that looks like a woman but an engineered creation programmed to please the corrupted urges of a businessman.

Along the way, she meets an AgriGen’s Calorie Man, who is going undercover as a factory manager.

The V Girl: A Coming Of Age Story

It’s a creative narrative that follows the life of a young lady, who desperately wants to lose her purity, in a society where it is legal for the troops of the government to make her a sex slave.

Before the troops find her, she has to lose it. As the story develops, she meets a man who can help with her plans. However, she has doubts about him. Will her doubts prevent her from following her intention?

The Adoration Of Jenna Fox

Seventeen-year-old Jenna Fox wakes up from a one-year coma. She doesn’t remember anything, yet they told her her name and how she ended up on the hospital bed.

Does she remember anything? What happened in the past? Are the memories truly hers? These are the questions that will keep you at the edge of your seats as you go through the pages of “The Adoration of Jenna Fox.”

Set in a terrible post-apocalyptic dystopian world, “The Dog Stars” by Peter Heller follows a story of a man who is living alone in a hangar of an airplane.

With him is his dog and a temperamental and cynical gunman, they survived the pandemic that eradicated almost everyone in the world. However, when a radio transmission gets in, a new hope of a better life exists outside of their deserted place.

A mysterious and terrifying signal broadcast through the global mobile phone network turns the majority of the population into mindless vicious creatures. In that chaos, a new struggling artist who is highly anticipating to reunite with his young son is trying to escape and survive from the infected people.

Hence, it became a worldwide success when it became a film adaptation, and this novel proved again why Stephen King is the “King of Horror” in literary writing.

Aside from the novels listed above, other modern dystopian books that are also well-written and captivatingly gripping include “Ready Player One” by Ernest Cline and “Station Eleven” by Emily St. John Mandel, among many others.

Nevertheless, the most popular book series, like “The Hunger Games Trilogy,” still reigns. 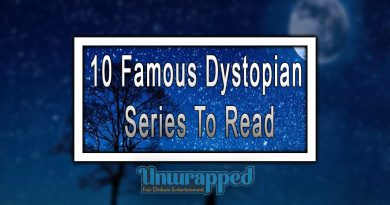 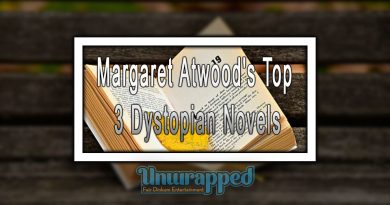