Most Dangerous Waterslide in the World with Sharks 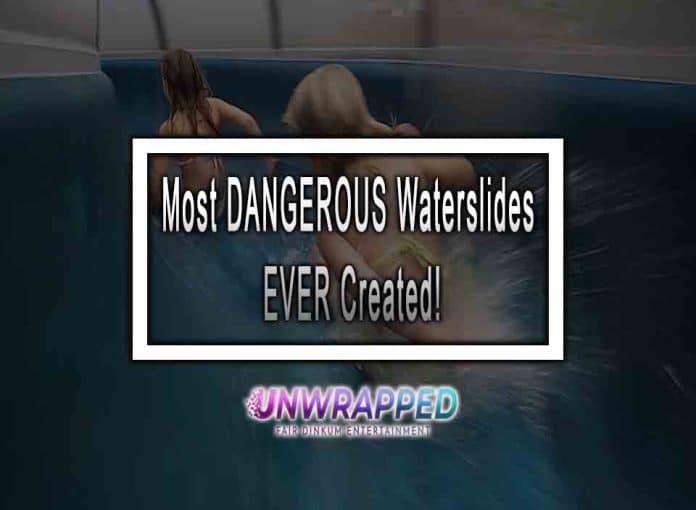 Most DANGEROUS Waterslides EVER Created!

Greetings, water park fans: You’ve got everything sideways. The world’s most dangerous rides aren’t upside-down roller coasters or rickety, hurriedly put-together carnival attractions. No, they’re your favourite coasters, the ones with crazy splashdowns and scary manufactured waterfalls, as well as so much water flowing up your nose all day that you could open your own water park. That isn’t simply a cynical viewpoint, though. A water slide has a higher risk of injury than any other type of amusement park attraction.

Read This: Madness At The Bottom Of The Ocean

After all, isn’t water a natural cushion? To a point, yes. However, the faster you strike the water, the more power it puts on your body and the less cushioning it gives. Water slides, however, lack safety barriers; the speed is primarily determined by your weight and the position you choose, and you risk drowning. In comparison to a roller coaster, they don’t have much going for them except that they’re a lot of fun, especially on a hot day. While the great majority of water slides across the world are completely safe, a few have become legendary and have subsequently been demolished.

The majority of water slides are risk-free. Approximately. However, some of them are to blame for a steady stream of bumps and bruises, while others are to blame for more catastrophic injuries and even fatalities. Here are a few of the worst offenders, some of them were so awful that they were finally shut down permanently.

Take a look at some of the most incredible water slides ever made! This is a top list of the world’s highest, largest, and most crazy water slides.

Weird Things We Can Only Find At The Bottom Of The...