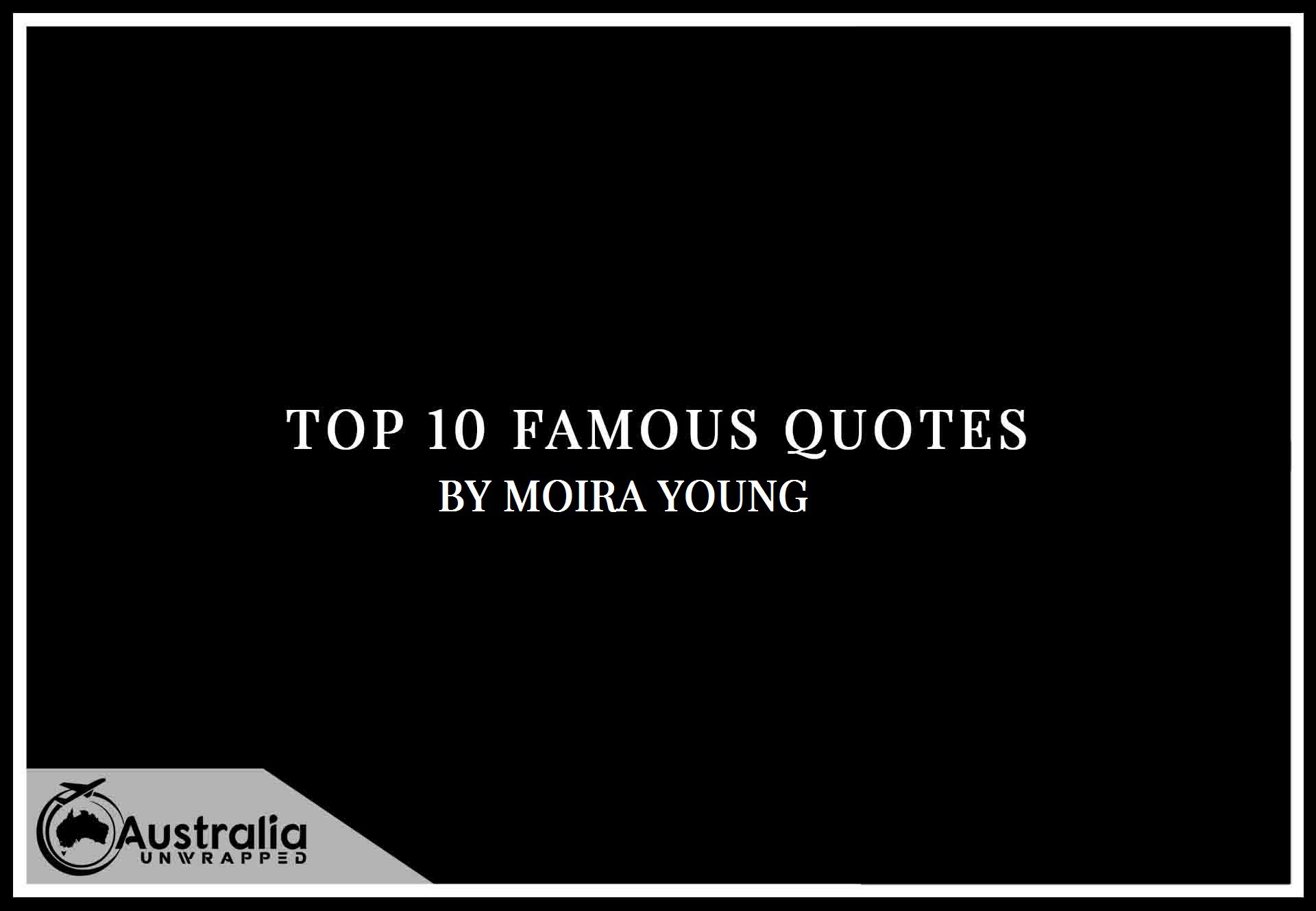 Quotes, who doesn’t love a good quote? This series of articles we look at Top 10 Famous Quotes by Author Moira Young, author quotes are always a challenge and fun to pick, with Moira Young you will find my Ten favorites of Moira Young’s quotes.

Moira Young was born in Vancouver, BC and now lives in the UK. Formerly an actor and opera singer, her debut novel, Blood Red Road, is the first in the Dustlands trilogy. It won numerous awards, including the Costa Children’s Book Award, British Columbia Book Prize for Children’s Literature, and France’s Le Prix des Incorruptibles. In the USA, it won a Cybils Award for Fantasy and Science Fiction, and it was a ALA-YALSA Best Fiction for Young Adults selection. It is being developed for film by Ridley Scott. As a finalist for the Sunburst Prize, the BC Stellar Award, and the Monica Hughes Award for Science Fiction and Fantasy, Dustlands’ second novel, Rebel Heart, won the Sunburst Prize in Canada. The third and final installment of Dustlands, Raging Star, was published in May 2014. Dustlands books are available in 30 countries.

More from the Author: https://amzn.to/3yHTwxh

“Wisdom ain’t a virtue I ever aspired to.”
― Moira Young, Blood Red Road

“All the time I’ve knowed you, Jack, you kept the door to that heart of yers locked up tight an the key hid away. Looks like she found it.
He says nothing. Molly waits. Then:
Keys ain’t her style, he says. She kicked the door down.”
― Moira Young, Rebel Heart

“I never knew that missin somebody could hurt, I says. But it does. Deep inside. Like it’s in my bones. We ain’t never bin apart till now. Never. I dunno how to be without him. It’s like… I ain’t nuthin.”
― Moira Young, Blood Red Road

“Ever heard of the rule of three? he shouts as we run.
No!
If you save somebody’s life three times, their life belongs to you. You saved my life today, that makes once. Save it twice more an I’m all yers.”
― Moira Young, Blood Red Road

“Jack grins. Anyways, Saba likes to look at my bare chest.
Lugh looks at me. Frowns. Is that a fact? he says.
I feel myself go bright red. It is not a fact, I says. You stinker, Jack.”
― Moira Young, Blood Red Road

“Yer in my blood, Saba, he says. Yer in my head. Yer in my breath, yer in my bones…gawd help me, yer everywhere. You have bin since the first moment I set eyes on you.”
― Moira Young, Blood Red Road

“Lugh shines like the sun.
That must of made it easy fer them to find him.
All they had to do was follow his light.”
― Moira Young, Blood Red Road

“Marry me, he says. I got all my own teeth, I wash twice a year an I’ll cut you in fer half the business here.”
― Moira Young, Blood Red Road

“There can be beauty anywhere. Even here. An if it ain’t there, you can make it yerself.”
― Moira Young, Blood Red Road

“Like what you see,Angel? he says.
You ain’t my type”
― Moira Young, Blood Red Road

More from the Author: https://amzn.to/3yHTwxh