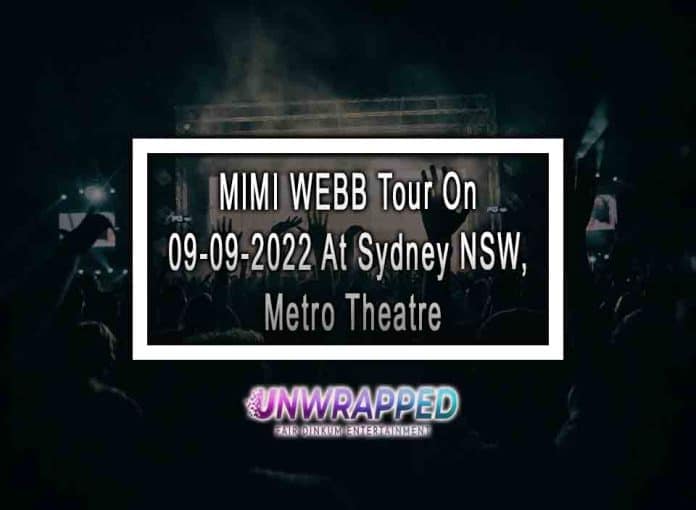 Mimi Webb’s new single ‘House On Fire’ [Sony Music Australia] has just been released, along with a dramatic video that showcases the pop artist’s star power, with an exciting production and aggressive vocals – “I’m going to burn your house on fire since I know you’re not at home, you liar.” It is the follow-up to her highly successful first album, Seven Shades of Heartbreak, which featured several hit songs such as BPI Platinum ‘Good Without,’ BPI Platinum and ARIA Gold ‘Dumb Love,’ and BPI Silver ’24/5.’

Mimi Webb will perform live on Jimmy Fallon on Wednesday, 30 Mar. She is now on tour as a special guest on Tate McRae’s sold-out US tour dates, as well as her headline gigs around Europe and the United Kingdom, from May through July. This September, don’t miss Mimi Webb’s unique stage presence and magical voice in Australia and New Zealand.

Amelia Webb is a singer-songwriter from the United Kingdom. Her tracks “Before I Go” and “Good Without,” the latter of which reached number eight on the UK Singles Chart, are well-known. Her debut EP, Seven Shades of Heartbreak, was released in October 2021. Webb grew up in Canterbury, England, with her parents and brother. She went to Kent College, a private institution in Canterbury. She began writing her songs at 13 after learning guitar and piano. When she was 15, her piano teacher encouraged her to pursue a career in music.

In April 2020, Webb released her debut song, “Before I Go.” Charli D’Amelio featured the song on TikTok, where it had over 85 million views and over 25 million Spotify plays. Her song “Reasons” was broadcast on BBC Radio 1, and her single “Good Without” reached number eight on the UK Singles Chart in June 2021. On 22 Oct 2021, Webb published her debut EP, Seven Shades of Heartbreak.