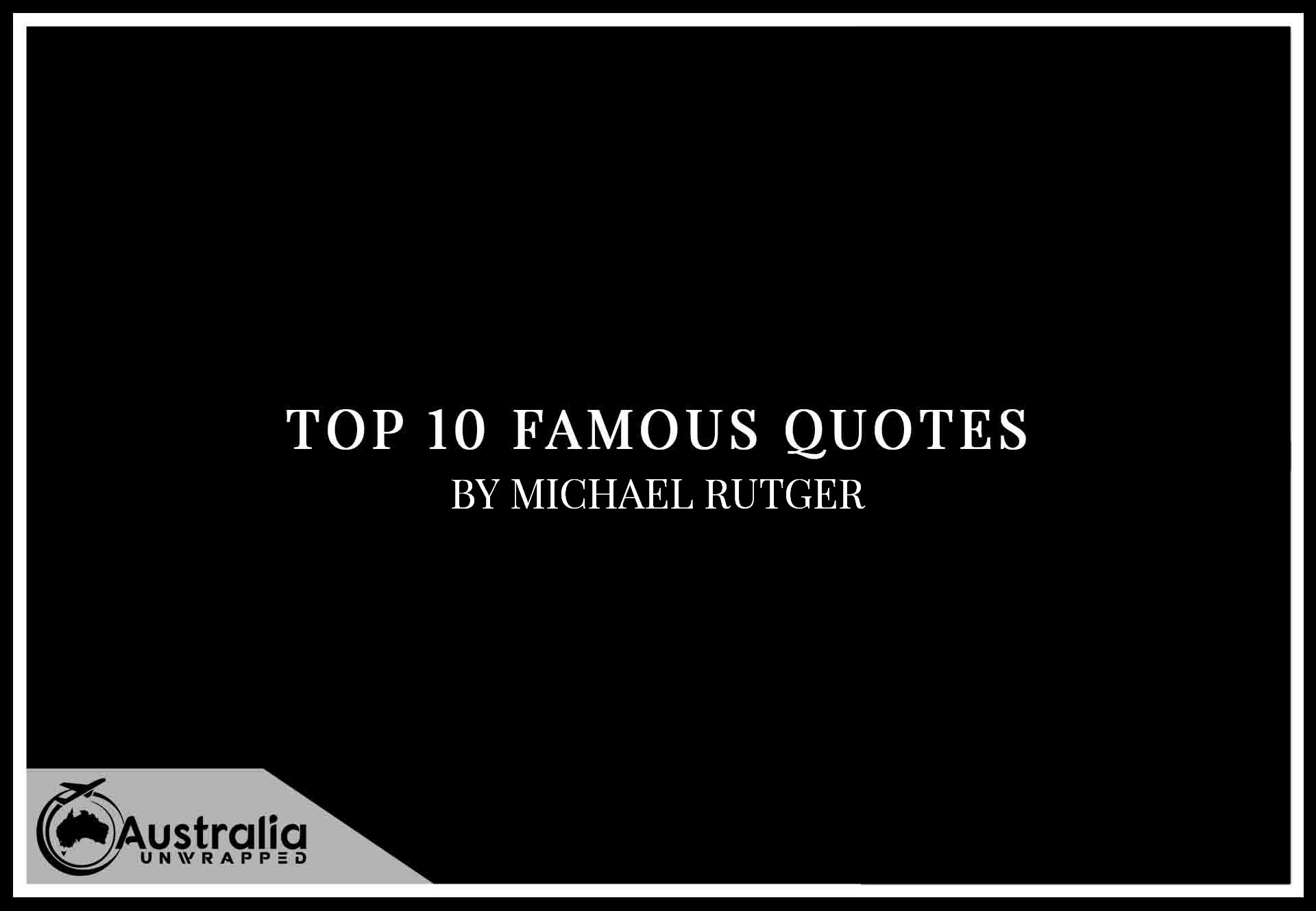 Quotes, who doesn’t love a good quote? This series of articles we look at Top 10 Famous Quotes by Author Michael Rutger, author quotes are always a challenge and fun to pick, with Michael Rutger you will find my Ten favorites of Michael Rutger’s quotes.

Michael Rutger is the pseudonym of thriller, horror, and science fiction writer Michael Marshall Smith. Under this name, he has published ONLY FORWARD, SPARES, and ONE OF US, and nearly a hundred short stories – becoming the only author to win the BFS Award for Short Fiction four times. He also works as a screenwriter in Los Angeles.

As Michael Marshall, he is also the author of the bestselling STRAW MEN series (currently in television development), as well as the novels KILLER MOVE and THE INTRUDERS (televised in 2014 and starring Mira Sorvino and John Simm).

More from the Author: https://amzn.to/3mXenGs

“The past is full of if-onlys and they’re all bullshit.”
― Michael Rutger, The Anomaly

“It’s never the world at large you want to prove yourself to. It’s someone in particular. Doesn’t matter how old you get, you’re still hoping for Mom or Dad to kiss you on the head.
And yes, that person should ideally be yourself, just as the answers to all our questions and the objects of our quests should most likely be found within our own souls. But they’re not. We need more. Someone or something bigger than us. A magical other.
And that’s why we reach for the gods.
Or for someone to love.”
― Michael Rutger, The Anomaly

“Most writers are lazy asses, physically at least. Sure, there are exceptions, like Hemingway, who’d leave the house to shoot something or get macho on a big fish, but I’ll bet even he was far happier back at home propping up the bar or on the porch communing with his cats in short, declarative sentences”
― Michael Rutger, The Anomaly

“Nobody gets through life without being an asshole…Once in a while you’re going to dig in over something and get it wrong and make a scratch on the world you’ll never polish off. Those scratches will define you more than anything else.”
― Michael Rutger, The Anomaly

“She considered throwing the phone to the ground, stamping on it. But what a pain it would be to get a replacement. That’s how you know you’re a grown-up. You only allow the emotions that are convenient. You carry on.”
― Michael Rutger, The Possession

“The thing that has kept me from going crazy at certain periods in my life is the ability to let the future be.”
― Michael Rutger, The Anomaly

“Whose side are you on?

The side of not getting killed. For future reference, that’s the side I’m always on.”
― Michael Rutger, The Anomaly

“Thirty-five is not the first draft of being a human. There are editorial marks in your margins.”
― Michael Rutger, The Possession

“Wake me up, make me think, or buy me a drink. Otherwise, fuck off.”
― Michael Rutger, The Anomaly

“…aliens are never the answer to any sensible question.”
― Michael Rutger, The Anomaly

“It is. And so I did not tell her that I’d written most of it while taking a shit. My point is neither you nor I know what will matter to the audience in the long run. The truth? Who gives a fuck? The Bible’s full of utter cock and there are ten thousand wankers out there using it as an excuse to behave like total fucking arseholes. Same as the Koran and the Talmud and probably whatever the fuck it is that Buddhists get their spells out of. But on the other hand there’s been millions of people, over thousand of years, who’ve got through the day because of that bullshit, or had their heart lifted, or looked at the world differently for ten minutes.”

More from the Author: https://amzn.to/3mXenGs