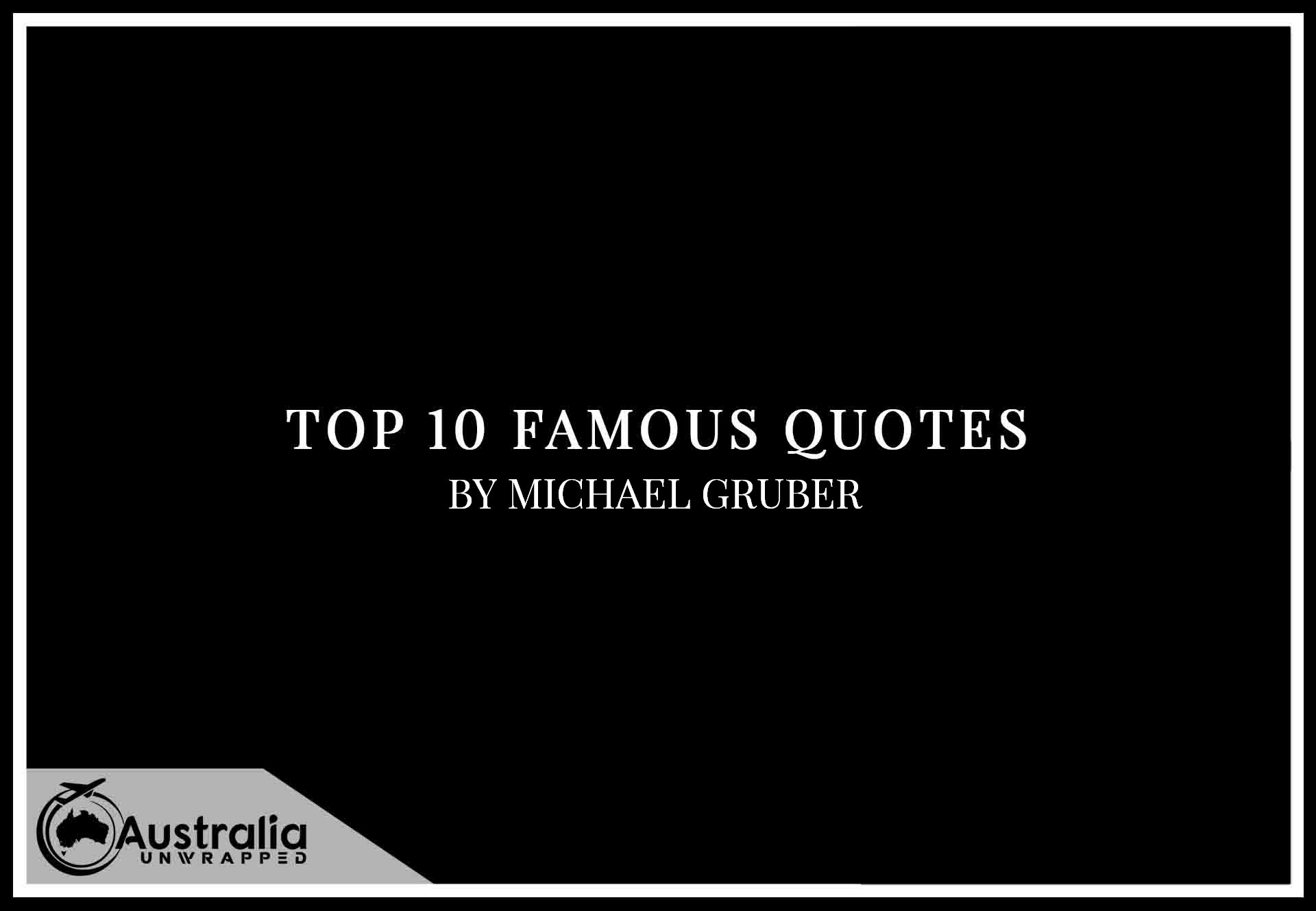 Quotes, who doesn’t love a good quote? This series of articles we look at Top 10 Famous Quotes by Author Michael Gruber, author quotes are always a challenge and fun to pick, with Michael Gruber you will find my Ten favorites of Michael Gruber’s quotes.

Michael Gruber lives in Seattle, Washington, and is an author. After attending Columbia University, he received a Ph.D. in biology from the University of Miami. Before becoming a novelist, he worked as a cook, a marine biologist, a speech writer, and a policy advisor for the Jimmy Carter White House.

His generally acknowledged that he ghostwrote the Robert K. Tanenbaum series of Butch Karp novels starting with No Lesser Plea and ending with Resolved. After the partnership with Tanenbaum ended, Gruber published his own novels through William Morrow and HarperCollins.

More from the Author: https://amzn.to/3b1mQFz

“…envy is the one deadly sin that no American can ever admit to…”
― Michael Gruber, Tropic of Night

“When I got to the States and started going to an American high school, which I did for an extremely short time, I thought everyone around me was insane, the way they talked about their parents. I thought the parents were insane too, the way they handled their kids, like every request they made was a bargain they weren’t sure would be kept. That little whiny tone at the end of every statement: “Be home by ten, okay?”
― Michael Gruber, The Good Son

“Thus, although life is by and large unthrilling, when we do find ourselves in the sort of situation upon which thrillers dote we cannot really experience it, because our imaginations are occupied by the familiar tropes of popular fiction. And the result of this is a kind of dull bafflement, and the sense that whatever it is cannot really be happening. We actually think that phrase: this can’t be happening to me.”
― Michael Gruber, The Book of Air and Shadows

“It is an animus, she decides, the representation of the Logos in the female, as the anima is the representation of Eros in the male. In its negative aspect it is opinionated, conventional, banal, self-righteous, argumentative . . . In its positive aspect, it conveys spirit, feistiness, the capacity for reflection and self-knowledge, the capacity to handle philosophical and religious ideas at the higher levels.”
― Michael Gruber, The Good Son

“There are three kind of history. The first is what really happened and that is forever lost. The second is what most people thought happened, and we can recover that with assiduous effort. The third is what the people in power wanted the future to think happened and that is 90 percent of the history in books.”
― Michael Gruber, The Book of Air and Shadows

“The problem with evil people is that they can see only evil in others. It is one of the worst curses of being evil, that you can no longer experience good. ”
― Michael Gruber, The Book of Air and Shadows

“It’s part of what we call the Shadow, all the dark parts of us we can’t face. It’s the thing that, if we don’t deal with it, eventually poisons our lives.”
― Michael Gruber, The Good Son

“Professors go batty too, perhaps more often than other people, although owing to their profession, their madness is less often remarked. ”
― Michael Gruber, The Book of Air and Shadows

“But it turns out that people who are grounded and secure don’t change much under stress. That’s what being grounded means.”
― Michael Gruber, The Good Son

“As a matter of fact I had a terribly traumatic childhood. But afterward I sort of reraised myself.”
― Michael Gruber, The Good Son

“There are life events that can destroy the personality, which is a lot more fragile than most people imagine, constructed as it is from bits provided by others in the most haphazard way. People can be torn down to the core, “shattered,” as the expression goes, and then they seek sleep. And dreams, which provide the ground for the construction of a new and more integrated self. Providing there’s a core, and providing they’re willing to do the work.”

More from the Author: https://amzn.to/3b1mQFz